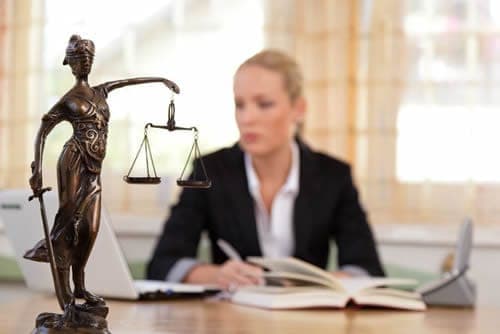 The appeal is a means of recourse against a judgment . It is the possibility for a party who has not obtained satisfaction in court to have the case retried by the higher court.

The appeal in judicial matters is generally the responsibility of the court of appeal.

Considering article 528-1 of the code of civil procedure;

Whereas a registered letter sent by the registry constitutes the notification provided for by this text, regardless of whether it is tainted with an irregularity  ; Ass. Pl. October 7, 2011

the evolution of the dispute involving the implication of a third party before the court of appeal, within the meaning of article 555 of the new Code of Civil Procedure, is characterized only by the revelation of a factual circumstance or of law, arising from the judgment or subsequent to it, modifying the legal details of the dispute   Ass. Pl. 11 March 2005

the decision rendered by a court of appeal can only be deemed to be contradictory if the respondent who does not appear has been summoned in person; that when the citation is intended for a legal person and that it was delivered to person, the original of the act must specify, on pain of nullity, the name and quality of the person to whom the copy was left; Cass. civ. 2, 24 March 2005

has HEREAS after finding that, after the debate, held at the hearing on 7 July 2008, published on 30 September 2008, the company’s annual accounts with MX .. was the manager, revealed that celui- he had received income in an amount greater than that which he had mentioned in the sworn statement that he had subscribed, the court of appeal considered that the ignorance of such information was likely to affect both the content of the claims of Mrs. Y … as the appreciation thereof by the first judge; she thus characterized, the day it ruled, the interest that had Mrs. Y … to appeal against judgment  ; Cass. civ. 1 23 November 2011

Whereas the judgment declared admissible the appeal lodged against this judgment by the clinic and the company Axa;

That by ruling thus, while the judgment confining itself in its operative part to ordering an expert report and the payment of a provision, did not settle part of the principal, from which it resulted that it had to declare the appeal ex officio inadmissible, the court of appeal violated the aforementioned texts; Mixed ch .. October 23, 2004