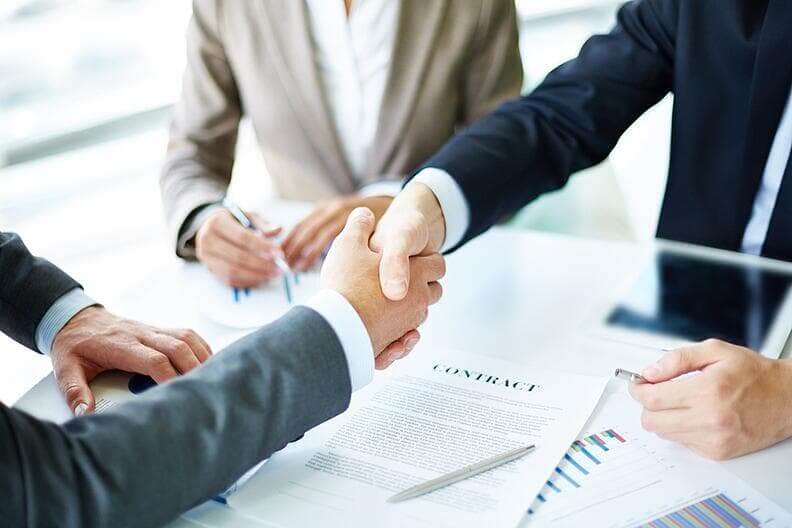 Annotated provisions of the Commercial Code

French competition law prohibits agreements which are liable to distort the play of free competition on the market.

The regulation of cartels, which dates first from the Decree of August 9, 1953 during a period of inflation, was originally intended to prohibit cartels which were an obstacle to lowering cost or selling prices, or which favored the artificial rise in prices. The law of July 2, 1963 then prohibited behavior which hampered the normal functioning of the market.

According to art. L 420-1 of the Commercial Code are prohibited, when their purpose or may have the effect of preventing, restricting or distorting the play of competition on a market, concerted actions, agreements, express or tacit agreements or coalitions, especially when they tend to:

1 °) Limit market access or the free exercise of competition by other companies;
2) To prevent the fixing of prices by the free play of the market by artificially promoting their rise or fall;
3) Limit or control production, outlets, investments or technical progress;
4) Distribute markets or sources of supply.

Ruling on the act by which a distributor, on the occasion of a concentration carried out by him, informs all the suppliers of a category of products or to a substantial part of them, that he intends to subordinate the continuation of the commercial relations which it has established with them to additional conditions compared to those which it had accepted, the Court of Cassation declared that

the alleged agreement could only be characterized as a concerted action or an agreement within the meaning of Article 7 of the Ordinance of 1 December 1986 if it was established that the parties had freely consented to it in order to limit the access to the market or to free competition; that having only noted that this practice taken on the initiative of the company Rallye, which would have been likely to receive other legal qualifications with regard to the aforementioned ordinance, had been likely to lead to the adhesion of suppliers or some of them, and had the effect of affecting ‘their decision-making autonomy’,

There may be many forms of agreement

consultations during the redrafting of unit price schedules

concerted submissions resulting in a distribution

The court of appeal legally justifies its decision, which deduces the existence of a consultation between companies from a bundle of serious, precise and concordant clues, the probative value of which it appraises .
Is sufficient to prove the reality of an anticompetitive agreement prohibited by article L420-1 of the Commercial Code, the bundle of clues retained by the Competition Council, characterizing the practice of a parent company, which by fax and couriers, led one of its suppliers, which is a subsidiary company, to put pressure on its competitors in catchment areas so that they raise their selling prices to consumers, thus giving a large distribution group the benefit of a unjustified advantage in competition by penalizing the customers of its competitors.

Effect on the market

The cartel is prohibited when it has an effect on the market:

If an agreement, within the meaning of article 7 of the decree of December 1986, presupposes the existence of concerted actions or express or tacit agreements emanating from economic operators with a view to preventing, restricting or distorting the play of competition on a given market, it does not mean that the authors of these prohibited actions exercise an economic activity on the market in question; that the Court of Appeal having noted that the exclusivity agreement concluded by the company SEPIC, a company whose corporate purpose is to organize trade shows, with six handling companies had the effect of creating “artificially” a barrier to entry of the relevant market, which it had defined as being that of trade fair handling, characterized the existence of the disputed cartel without violating the provisions of the aforementioned text; that the plea is unfounded Cass. Com. February 13, 1996

The fact that the cartel is geographically limited does not matter if the practices have the effect of distorting the game of competition.

Prices in public contracts and agreements

The owners, [….], were deceived as to the intensity of the competition. They did not detect that the rules of competition had been violated during the successive calls for tenders which were launched since the revelation was made in a fortuitous way following the dismissal of Mr X .. who exercised the functions of IT engineer at Bouygues. Thus public contracts, which constitute the area where it is imperative that competition rules be applied so that contracts are awarded at the best price to reduce the costs of works for which public enterprises or communities are responsible, the companies have come to an agreement. to obtain the award of contracts and arrogate undue profits to the detriment of those who finance the works with public funds. Companies cannot argue in their defense that in many cases the winning bid was for an amount lower than the administration’s estimate. Only the normal functioning of competition and the uncertainty about the amount of the offers proposed by the competitors are such as to guarantee that the fair price is obtained.. Cons.conc. Decision n ° 06-D-07 bis * of March 21, 2006 relating to practices implemented in the public works sector in the Ile-de-France region

National competition authorities and national courts are required, whenever they apply their national law to cartels, also to apply Articles 81 and 82 of the EC Treaty, since the practices in question are liable to affect trade between member states; that the effect of trade may not be potential, and is independent of the concept of the market in question, a vertical agreement covering a single Member State being able to affect trade between several Member States; eg. CA Paris October 16, 2007