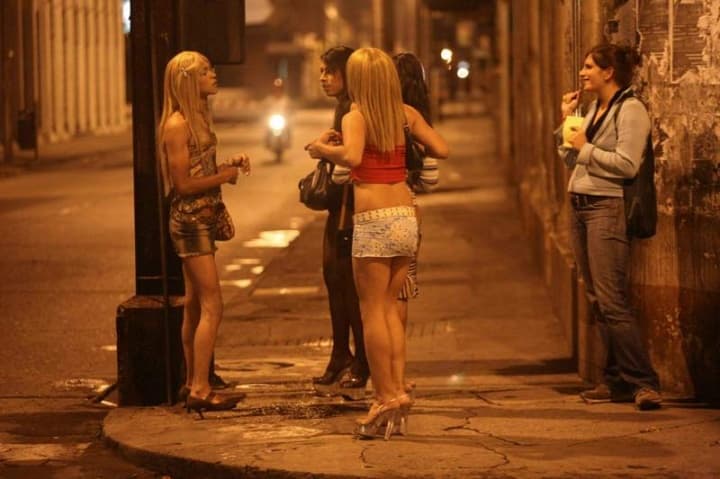 The term pimping refers in the popular sense to any activity that profits from the prostitution  of another person.

Pimping
Pimping is defined by article 225-5 of the Penal Code as the act, by anyone, in any way whatsoever:

1 ° Aiding, assisting or protecting the prostitution of others;

2 ° To profit from the prostitution of others, to share the proceeds thereof or to receive subsidies from a person habitually engaged in prostitution;

3 ° To hire, train or divert a person with a view to prostitution or to exert pressure on him to prostitute himself or to continue to do so.

Article 225-6 provides that is assimilated to procuring and punishable by the same penalties provided for the fact, by anyone, in any way whatsoever:

1 ° To act as an intermediary between two people, one of whom is engaged in prostitution and the other exploits or remunerates the prostitution of others;

2 ° To make it easier for a pimp to justify fictitious resources;

3 ° Not being able to justify resources corresponding to his lifestyle while living with a person who habitually engages in prostitution or while being in habitual relations with one or more persons engaged in prostitution;

4 ° To hinder the action of prevention, control, assistance or re-education undertaken by qualified organizations with regard to persons in danger of prostitution or engaged in prostitution.

The elements of the offense

Does not constitute the offense of procuring provided for by article 334-1 of the Penal Code, for aid and assistance in the prostitution of others, the fact by a prostitute of going to the home of another prostitute, at the request of the latter and to participate in scenes of collective debauchery and paid with various “clients” of the latter . Cass. crim. November 7, 1973

Penalties for pimping
Pimping is punishable by seven years’ imprisonment and a fine of 150,000 euros (article 225-5)

Pimping is punishable by ten years’ imprisonment and a fine of 1,500,000 euros when it is committed:1 ° With regard to a minor;

2 ° With regard to a person whose particular vulnerability, due to his age, to an illness, an infirmity, a physical or mental deficiency or a state of pregnancy, is apparent or known to the perpetrator;

3 ° With regard to several people;

5 ° By a legitimate, natural or adoptive ascendant of the person who prostitutes himself or by a person who has authority over him or abuses the authority conferred on him by his functions;

6 ° By a person called upon to participate, by virtue of his or her functions, in the fight against prostitution, the protection of health or the maintenance of public order;

7 ° By a person carrying a weapon;

8 ° With the use of coercion, violence or deceitful maneuvers;

9 ° By several persons acting in the capacity of author or accomplice, without constituting an organized gang;

10 ° Through the use, for the dissemination of messages intended for an undetermined audience, of an electronic communication network.

The first two paragraphs of article 123-23 relating to the safety period are applicable to the offenses provided for in this article.

Under article 225-7-1 procuring is punished by fifteen years of criminal imprisonment and a fine of 3,000,000 euros when committed against a minor of fifteen years.

Pimping is punished by twenty years of criminal imprisonment and a fine of 3,000,000 euros when committed in an organized gang.

Under article 225-9, procuring committed by resorting to torture or barbaric acts is punished by life imprisonment and a fine of 4,500,000 euros.

Under the terms of article 225-10 is punished by ten years of imprisonment and a 750,000 euros fine the fact, by anyone, acting directly or by an intermediary:

2 ° Owner, manager, operator, director, operating, financing or helping to finance any establishment open to the public or used by the public, to accept or habitually tolerate that one or more persons engage in prostitution in the ‘inside the establishment or its annexes or are looking for clients there with a view to prostitution;

3 ° To sell or keep at the disposal of one or more persons premises or sites not used by the public, knowing that they will engage in prostitution there;

4 ° To sell, rent or make available, in any way whatsoever, to one or more persons, vehicles of any kind, knowing that they will engage in prostitution there.

The first two paragraphs of article 123-23 relating to the security period are applicable to procuring.

Anyone who has attempted to commit the offenses provided for in this section is exempt from penalty if, having notified the administrative or judicial authority, he has made it possible to avoid the commission of the offense and to identify, if necessary, other authors or accomplices.

The custodial sentence incurred by the author or accomplice of one of the offenses provided for in this section is reduced by half if, having notified the administrative or judicial authority, he has made it possible to put an end to the offense or to prevent the offense from causing death or permanent disability and to identify, where appropriate, the other perpetrators or accomplices. When the penalty incurred is life imprisonment, it is reduced to twenty years of criminal imprisonment.

Crimes committed abroad
Article 225-11-2 provides that French law is applicable when the crime is committed abroad by a French person or by a person habitually residing on French territory,