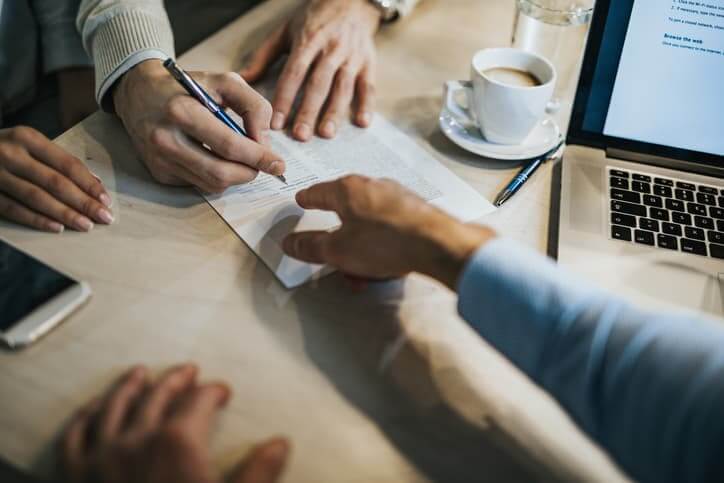 The 1804 Code does not expressly refer to “contractual liability”, it provides for damages owed by the debtor to the creditor in the event of non-performance of the contract, which are provided for in Section IV: Damages resulting from non-performance of the obligation . These damages are conceived as an effect of the obligation contracted by the defaulting debtor. Damages are the form taken by the contractual obligation when the debtor does not perform voluntarily and enforcement or in kind cannot be obtained.

In French law, unlike common law , the responsibility for the preparatory phase of the contract comes under extra-contractual responsibility.

In the event of cancellation of the contract, the breach of commitments is a tort liability .

Liability is contractual if the damage results from a breach of an obligation arising from the contract.

Regarding the liability of professionals, it is analyzed from the angle of tort liability for breaches of the duty to advise. Liability only becomes contractual when they have entered into contractual obligations towards their client that are distinct from those imposed on them by their status (see for example in matters of notarial liability Cass. Civ. 1, April 12, 2005 )

The abuse of a contractual right falls under the tort or quasi-tort of its author (see for example for the rupture of established commercial relations.

The three conditions for initiating contractual civil liability are fault , damage and the causal link between the two ( Civ. L era, November 18, 1997 ).

Contractual liability at its source in the contractual non-performance which gives right to compensation.

A contractual fault does not necessarily imply by itself the existence of a damage in relation of cause and effect with this Cass fault  . civ. November 18, 1997 . Damages can only be awarded if the judge, at the time of ruling, finds that damage has resulted from the contractual fault. Cass. civ. 3, December 3, 2003

There is no liability when the non-performance is the product of exceptional circumstances constituting force majeure.

The obligee must establish the faulty nature of this non-performance or bad obligation as well as the causal link.

Article 1150 limits the indemnification of the creditor ” The debtor is only liable for damages which have been foreseen or which could have been foreseen during the contract, when it is not by his fraud that the obligation is not executed “.

In accordance with article 1151 of the civil code, “Even in the event that the non-performance of the agreement results from the fraud of the debtor, the damages must not include with regard to the loss suffered by the creditor and the gain of which he was deprived, that which is an immediate and direct consequence of the non-execution of the convention “.

Repair of the damage

THE JURISPRUDENTIAL PRINCIPLE OF PREJUDICE REPAIR

Considering article 1147 of the civil code and the principle of full compensation for damage without loss or profit v. eg. Cass. civ. 2 May 28, 2009

SANCTIONS FOR BREACH OF OBLIGATIONS

Sanctions in the event of non-fulfillment of the various obligations are provided for in Articles 1146 to 1164 of the Civil Code.

When the contractual obligation can still be performed, the creditor can ask that the debtor be forced to this performance: this is the forced performance . He can also ask the judge for execution by a third party at the expense of the debtor.

When the contractual obligation can no longer be performed, there is compensation by equivalent in the form of damages , ordered by the judge. The amount of these damages will be assessed by the trial judge with regard to the principle of full compensation, and will be assessed on the day of the final judgment.

Failure to perform an obligation to refrain from doing

anyone who contravenes a contractual obligation not to do owes damages by the sole fact of the contravention Cass. civ. 1 October 14, 2010

Non-performance of an obligation to do

having held, for reasons not criticized, that the non-performance of the contract had been acquired and had caused damage to the company Deli K star, the court of appeal precisely deduced that it was necessary to award damages – interests  Cass. Mixed Ch. July 6, 2007

A contractual fault does not necessarily imply by itself the existence of a damage in relation of cause and effect with this Cass fault . civ. 2, September 2008
The clauses relating to contractual liability

The parties agree that in the event of non-performance or improper performance of the obligation, the debtor will not be liable.

On the visa of articles 6 and 1382 of the Civil Code, the Court of Cassation decided that it is not allowed by means of an insurance contract or any other pact to stipulate in advance the immunity of one’s faults. heavy; [….] public order is opposed to the validity of such a pact  Cass.civ. March 15, 1876

They cannot also be opposed when the damage consists of an attack on the physical integrity of another.

Nullity of exemption clauses in contracts with consumers

A professional cannot impose them on a consumer.

The parties agree, through the limitation of liability clauses, to set limits on the conditions for bringing the liability into play, or even on the consequences of this liability. These clauses are deemed to be unfair in the event of gross or willful misconduct on the part of the debtor, or between professionals and consumers.

To avoid having to bring the assessment of the compensation before a judge, the parties can advance and fix it in the contract by a penalty clause ( liquidated damages clause in English or American law).