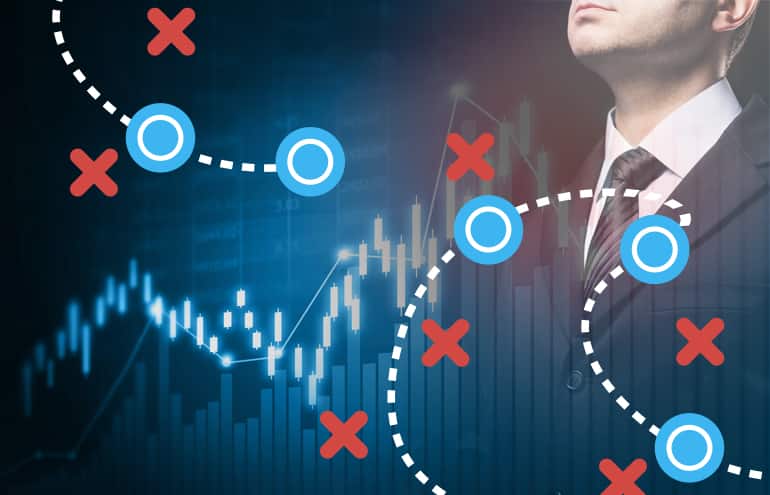 On the main appeal:

On the first plea, taken in its two branches:

Whereas the company MJG and the company Beauté parfums, coming to the rights of the company MJG Béarn, criticize the judgment for having said that the companies MJG and MJG Béarn are guilty of acts of unfair competition to the regard to the company Anaïs and to have ordered them each to pay the sum of 500,000 F as damages, then, according to the means:

1) that under article 1165 of the Civil Code, agreements only have effect between the contracting parties; that the non-performance by a distributor of contractual obligations stipulated in the interest of the manufacturer in order to preserve the image of the brand, is not in itself such as to engage the tort liability of this distributor towards d ‘other distributors, third parties to the contract, so that by ruling as it did, the court of appeal violated articles 1165 and 1382 of the Civil Code;

2) that by considering that the companies MJG and MJG Béarn had committed tort consisting in the non-performance of contractual obligations resulting from “all the selective distribution contracts binding the parties to major luxury cosmetic brands” , without carrying out a concrete analysis of the clauses of each of the contracts invoked and the conditions under which they were performed, the court of appeal was determined by reasons of a general nature, thus violating article 455 of the new Code of Civil Procedure ;

But expected thatby stating that the relative effect of contracts does not prevent third parties from invoking the factual situation created by agreements to which they were not parties, if this factual situation causes them prejudice such as to justify an action in tort, and bearing in mind that such is the situation of the company Anaïs, which bases its action in unfair competition on the failure by the companies in question to comply with the obligations imposed on them by the selective distribution contracts that they have signed each other, and on the advantages they derive from it, in particular in terms of operating savings, thus allowing them to reduce, in an unfair manner with regard to it,their selling prices for products distributed within the framework of these selective networks, the Court of Appeal, which justified its decision on the right for the company Anaïs to invoke the alleged violation of their contractual obligations by its competitors, ruled on right; that the means is founded in any of its branches;

On the second plea, taken in its four branches:

Whereas the company MJG and the company Beauté parfums still make the same complaint at the judgment, then, according to the means:

1) by stating thus, by a general statement, without specifying how a form of distribution allowing free access to the product was incompatible with the requirement to provide customers with a consulting and demonstration service sufficient, the Court of Appeal deprived its decision of legal basis with regard to article 1382 of the Civil Code, article 85 of the EEC Treaty and article 7 of the ordinance of December 1, 1986;

2) that by being determined by a general reason without specifying the nature and characteristics of the products whose sale was alleged to the companies MJG Béarn and MJG, nor in what way they were likely to depreciate the image of luxury cosmetic products, the Court of Appeal did not legally justify its decision with regard to article 455 of the new Code of Civil Procedure and article 1382 of the Civil Code;

3) that the Court of First Instance of the European Communities ruled that the sale of other products is not in itself liable to harm the image of luxury cosmetic products provided that the space devoted to the sale of these be arranged so that they are presented in rewarding conditions, so that by ruling as it did, for a general reason, without specifying how the presentation of luxury cosmetic products in the stores operated by the companies MJG Béarn and MJG was not profitable, the court of appeal deprived its decision of legal basis with regard to article 85 of the EEC Treaty, article 7 of the ordinance of December 1, 1986 and of the’article 1382 of the Civil Code;

4) that by being determined by a general reason, without specifying how and to what extent the staff of the companies MJG Béarn and MJG did not meet the conditions set by the contracts, nor on what evidence it was based, the court of appeal disregarded the requirements of article 455 of the new Code of Civil Procedure;

But given, in the first place, that the judgment notes that the examination of the reports of findings paid to the debates reveals that the companies MJG and MJG Béarn present in their points of sale, in the immediate vicinity and without physical separation of the products of luxury, so-called “food” products even for some of the “bazaar” departments of large retail outlets; that the judgment considers that the brands of prestige cosmetics can only be depreciated by their immediate vicinity with products available in any popular store and unrelated to the luxury image they intend to represent and preserve; that in the state of these findings and assessments, the court of

And expected, secondly, that in the state of the conclusions of the companies MJG and MJG Béarn having only argued that the quality of their staff had been recognized by the attribution of professional rewards, the judgment which retains that it It can only be noted that these companies have not respected their contractual obligations requiring them, in almost identical terms, to recruit staff with training sanctioned by precisely defined diplomas or by professional experience of a minimum duration, does not incur the complaint of the fourth part of the plea;

That it follows from there that unfounded in its second, third and fourth branches, the plea, which criticizes in its first branch of the inoperative reasons, but superabundant, in the state of the other failings established at the expense of the companies MJG and MJG Béarn, cannot be welcomed;

On the third plea:

Whereas the same complaint is still made at the judgment, then, according to the means:

1) that in determining by such unintelligible reasons, the court of appeal disregarded the requirements of article 455 of the new Code of Civil Procedure;

2) that in determining by such reasons, the court of appeal did not characterize the acts of unfair competition engaging the liability of the companies MJG Béarn and MJG, thus depriving its decision of a legal basis with regard to article 1382 of the Civil Code;

But whereas the judgment notes that the company Anaïs accuses the companies MJG and MJG Béarn of practicing illicit and deceptive comparative advertising, by arguing that they sell “cheaper than the cheapest”, whereas the proof is reported that they offer 357 references of so-called “food” products, at prices higher than those of local superstores, and by offering, under a low price guarantee “, to” reimburse the difference to the customer who finds the same product cheaper at a retailer in the same town “;

that the judgment notes that the companies MJG and MJG Béarn make plead that the part of the products known as “food” sold by them at a higher price than the other local traders, is quite marginal as representing only 3 and 4% the turnover of their two points of sale, and can therefore have no significant impact on their price policy for luxury products; that the judgment deduces from this that the companies MJG and MJG Béarn are indeed trying, through a simplistic advertising policy, to make consumers admit the idea that they sell all their products at prices cheaper than those of their competitors in the market , while they are also developing, knowing that their advertising cannot reflect reality, a “low price guarantee”, by which they make rest, on their customers, the obligation which they have imposed on themselves publicly, to ensure the highest price low on all of their products; that in the state of these findings and assessments, from which it emerges that the companies MJG and MJG Béarn carried out misleading advertising, the Court of Appeal, which decided that these advertising practices are undoubtedly unfair with regard to direct competitors of these companies as having for goal to divert, with false arguments, the customers which are common to them, has legally justified its decision which it motivated; that the way does

And on the single ground of the cross-appeal:

Whereas the company Anaïs criticizes the judgment for having rejected its request for compensation for the damage resulting for it from the acts of denigration committed by the company MJG, then, according to the means, that an act of denigration necessarily causes harm, at least moral, to the victim; in the present case, the Court of Appeal, which did not rule out the reality of the facts of denigration committed by the company MJG to the suppliers by means of a circular letter, nevertheless affirmed that the company Anaïs did not justify no harm resulting therefrom; that ruling thus, the Court of Appeal violated Article 1382 of the Civil Code;

But given that the judgment finds that the company Anais does not justify the consequences of the circular letter constituting denigration invoked in support of its claim for compensation, and considers that it would have been useful for the Court of Appeal to know the content letters that its suppliers were able to send to it on this subject, in order to assess the alleged damage up to 600,000 francs; that in the state of these findings and assessments, the Court of Appeal, which only noted that the company Anaïs, on which the burden of proof fell, had not enabled it to assess the extent of the prejudice caused by the denigration, was able to rule as it did;

DISMISSES the main and cross-appeals;

Condemns the companies MJG and Beauté et Parfums on the one hand, and Anaïs on the other hand, at the expense of their respective appeal;

Considering Article 700 of the new Code of Civil Procedure, condemns the companies MJG and Beauté et Parfums to pay the Anaïs company the sum of 1,800 euros;

Thus done and judged by the Court of Cassation, Commercial, Financial and Economic Chamber, and pronounced by the President in his public hearing on July 1, two thousand and three.