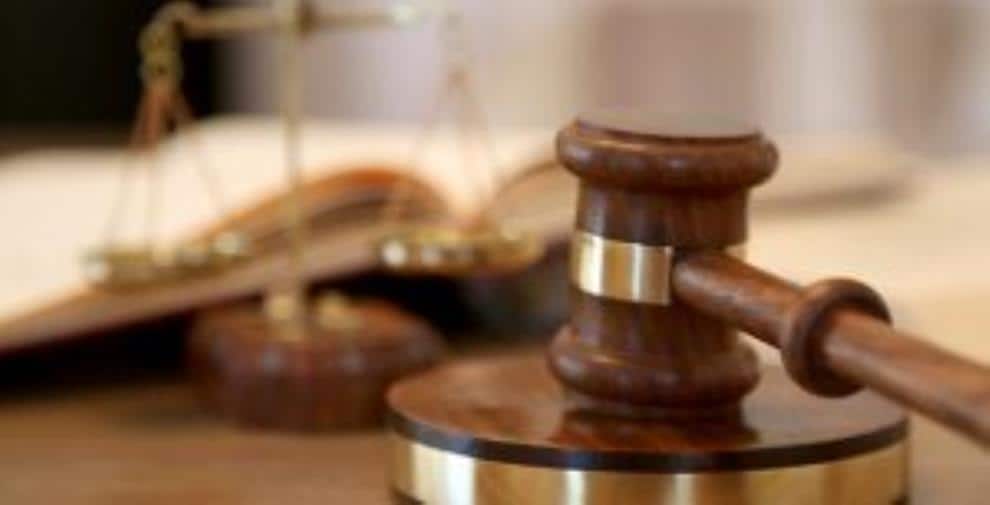 The appearance of the accused

(Law n ° 72-1226 of December 29, 1972 art. 4 Official Journal of December 30, 1972 in force on January 1, 1973)
(Law n ° 2000-516 of June 15, 2000 art. 110 Official Journal of June 16, 2000)
In the event that the accused, the civil party or the witness does not speak the French language sufficiently, or if it is necessary to translate a document used in the proceedings, the president automatically appoints an interpreter, aged twenty-one. at least, and makes him take an oath to bring his assistance to justice in his honor and in his conscience.
The public prosecutor, the accused and the civil party can challenge the interpreter by giving reasons for their challenge. The court rules on this challenge, and its decision is not subject to any appeal.
The interpreter cannot, even with the consent of the accused or the public prosecutor, be taken from among the judges composing the tribunal, the clerk who holds the hearing, the parties and the witnesses.

(Law n ° 2000-516 of June 15, 2000 art. 38 Official Journal of June 16, 2000 in force on January 1, 2001)
If the defendant is deaf, the president automatically appoints to assist him during the trial a sign language interpreter or any qualified person mastering a language or a method for communicating with the deaf. The latter takes an oath to bring his assistance to justice in his honor and in his conscience.
The president can also decide to use any technical device allowing to communicate with the deaf person.
If the accused can read and write, the president can also communicate with him in writing.
The other provisions of the previous article are applicable.
The president may proceed in the same way with witnesses or civil parties suffering from deafness.

On the day indicated for the appearance at the hearing, the defendant in detention is taken there by the police.

(Ordinance No. 60-529 of June 4, 1960 Official Journal of June 8, 1960)
The accused duly summoned to no one must appear, unless he provides an excuse recognized as valid by the court before which he is called. The accused has the same obligation when it is established that, although not having been cited in person, he was aware of the regular summons concerning him in the cases provided for by articles 557, 558 and 560.
If these conditions are met, the defendant not appearing and not excused is judged contradictorily.

(inserted by Law nº 95-125 of February 8, 1995 art. 41 Official Journal of February 9, 1995)
When the accused named under the conditions provided for in the first paragraph of article 410 does not appear and the sentence he incurs is equal to or greater than two years’ imprisonment, the court may order the referral of the case and , by special and reasoned decision, issue warrant of arrest.
The defendant arrested under the warrant is brought before the public prosecutor within twenty-four hours of his arrest, who immediately proceeds to his identity questioning, failing which he is automatically released. However, if the accused is found more than two hundred kilometers from the seat of the court which issued the arrest warrant, he is taken, within the same period, or, with his consent, to the public prosecutor of the jurisdiction that issued the arrest warrant, either before that of the place of arrest. In the latter case, the latter questions him about his identity, transmits without delay the report of appearance containing a complete description, with all the specific indications to facilitate the recognition of identity, to the president of the court seized and requests his transfer, which must be carried out no later than five days following his arrest. In all cases, the accused is taken to the remand center closest to the place of arrest.
The accused must appear before the court which issued the arrest warrant as soon as possible and at the latest before the expiration of the third day from his arrival at the remand center at the seat of this court, failing which he is released on statutory release; the court decides whether it is necessary to submit it, until the trial hearing, to a measure of judicial control or pre-trial detention.

(Law n ° 99-515 of June 23, 1999 art. 18 Official Journal of June 24, 1999)
The accused cited for an offense punishable by a fine or imprisonment for less than two years may, by letter addressed to the president and which will be attached to the file of the proceedings, ask to be tried in his absence. .
The same applies in the event of a direct summons issued by the civil party regardless of the duration of the penalty incurred.
In both cases the defendant’s lawyer is heard.
However, if the court considers it necessary to have the accused appear in person, the accused is reassigned, at the behest of the public prosecutor, for a hearing whose date is fixed by the court.
The defendant who does not respond to this invitation is judged contradictorily.
It is also deemed to be contradictory in the case provided for by the first paragraph of this article.

If the summons has not been issued to the person of the accused, and if it is not established that he was aware of this summons, the decision, in the event of the accused’s failure to appear, is rendered by default. .

No one is admissible to declare that he is absent when he is present at the start of the hearing.

The provisions of article 411, paragraphs 1 and 2, are applicable whenever the debate on the substance of prevention should not be addressed, and especially when the debate should only concern civil interests.

The civilly responsible person can always be represented by a lawyer or a solicitor. In this case, the judgment is contradictory with regard to him.

(Law n ° 93-2 of January 4, 1993 art. 224 Official Journal of January 5, 1993 in force on March 1, 1993)
If the accused cannot, because of his state of health, appear before the court and if there are serious reasons not to postpone the judgment of the case, the court orders, by special and reasoned decision, that the accused , possibly assisted by his lawyer, will be heard at his home or at the remand center in which he is detained, by a magistrate appointed for this purpose, accompanied by a clerk. Minutes are drawn up of this interrogation. The debate is resumed after new summons from the accused, and the provisions of article 411, paragraphs 1 and 2, are applicable, whatever the rate of the penalty incurred. In all cases, the accused is judged contradictorily.

The accused who appears has the option of being assisted by a defense counsel.
If he has not chosen a defense counsel before the hearing and if he nevertheless requests to be assisted, the president shall appoint one ex officio.
The defense lawyer can only be chosen or appointed from among the lawyers registered with a bar, or among the attorneys admitted to plead before the court.
The assistance of a lawyer is compulsory when the defendant suffers from an infirmity likely to compromise his defense, or when he incurs the penalty of the penal guardianship (the penal guardianship was abolished by article 70 of the law 81-82 of February 2, 1981, published in the Official Journal of February 3, 1981).