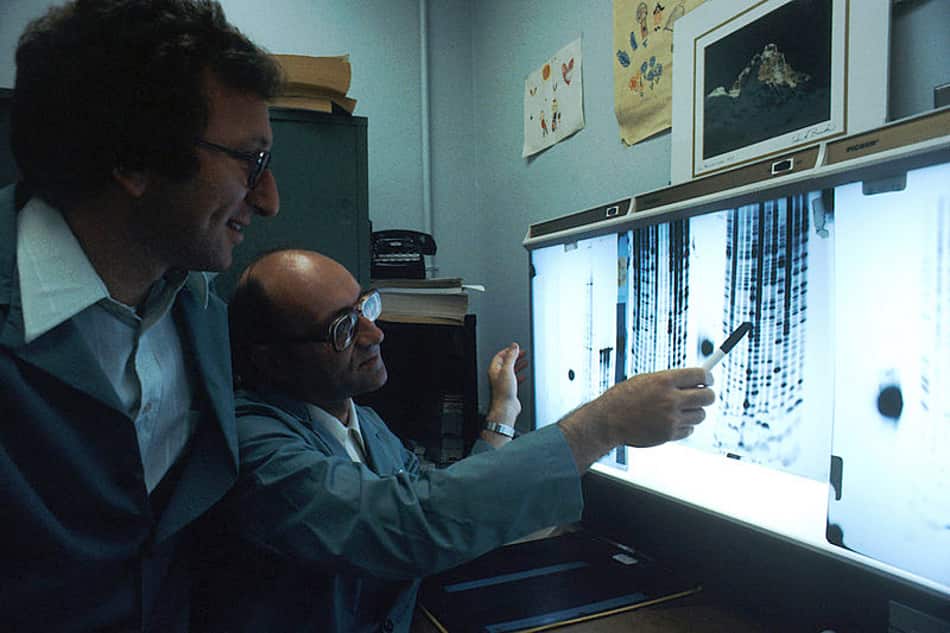 From the National Automated DNA File

(Law n ° 98-468 of June 17, 1998 art. 28 Official Journal of June 18, 1998) (Law n ° 2001-1062 of November 15, 2001 art. 56 Official Journal of November 16, 2001) (Law n ° 2003-239 of March 18, 2003) art. 29 Official Journal of March 19, 2003)
The automated national file of genetic fingerprints, placed under the control of a magistrate, is intended to centralize the genetic fingerprints from biological traces as well as the genetic fingerprints of people convicted of one of the offenses mentioned in article 706-55. with a view to facilitating the identification and research of the perpetrators of these offenses.
The genetic fingerprints of persons against whom there are serious or concordant evidence making it likely that they have committed one of the offenses mentioned in article 706-55 are also kept in this file by decision of a police officer. judicial police acting either ex officio or at the request of the public prosecutor or the examining magistrate; this decision is mentioned in the proceedings file. These fingerprints are erased on the instruction of the public prosecutor acting either ex officio or at the request of the person concerned, when their conservation no longer appears necessary given the purpose of the file. When seized by the interested party, the public prosecutor informs him of the action taken on his request; if he has not ordered the erasure, this person may apply to the liberty and detention judge for this purpose, whose decision may be contested before the president of the investigating chamber.
Judicial police officers may also, on their own initiative or at the request of the public prosecutor or the examining magistrate, have the fingerprint of any person against whom there is one or more plausible reasons to suspect that she has committed a crime or an offense, with the data included in the file, but this fingerprint cannot be kept there.
The file provided for in this article also contains the genetic fingerprints resulting from biological traces collected during the procedures for the search for the causes of death or for the search for the causes of a disappearance provided for in articles 74,
The genetic fingerprints stored in this file can only be made from non-coding deoxyribonucleic acid segments, with the exception of the segment corresponding to the gender marker.
A decree by the Council of State taken after the opinion of the National Commission for Information Technology and Freedoms determines the modalities of application of this article. This decree specifies in particular the retention period of the recorded information.

(Law n ° 2001-539 of June 25, 2001 art. 26 Official Journal of June 25, 2001 in force on January 1, 2002)
(Law n ° 2001-1062 of November 15, 2001 art. 56 Official Journal of November 16, 2001)
(Law n ° 2003-239 of March 18, 2003 art. 29 Official Journal of March 19, 2003)
I. – The judicial police officer may carry out or have carried out under his control, with regard to the persons mentioned in the first, second or third paragraph of article 706-54, a biological sample intended to allow the identification analysis of their genetic fingerprint. Prior to this operation, he can verify or have verified by a judicial police officer placed under his control that the genetic fingerprint of the person concerned is not already recorded, in view of his civil status alone, in the automated national file. genetic fingerprints.
For this analysis to be carried out, the judicial police officer may request any person authorized under the conditions set out in Article 16-12 of the Civil Code, without it being necessary, however, for this person to be registered on a list of judicial experts; in this case, the person then takes the oath provided for in the second paragraph of article 60 of this code in writing.
The persons required in accordance with the preceding paragraph may proceed, by any means including telematics, at the request of the judicial police officer, the public prosecutor or the examining magistrate, with the operations allowing the recording of fingerprints. in the National Automated DNA Registry.
II. – The fact of refusing to submit to the biological sampling provided for in the first paragraph of I is punishable by one year of imprisonment and a fine of 15,000 Euros.
When these acts are committed by a person convicted of a crime, the penalty is two years’ imprisonment and a fine of 30,000 Euros.
Notwithstanding the provisions of articles 132-2 to 132-5 of the penal code, the penalties pronounced for the offenses provided for in this article are cumulative, without the possibility of confusion, with those which the person suffered or those pronounced for the offense which committed the offense. ‘subject of the procedure during which the samples were to be taken.
Share This Post: facebook twitter linkedin google pinterest