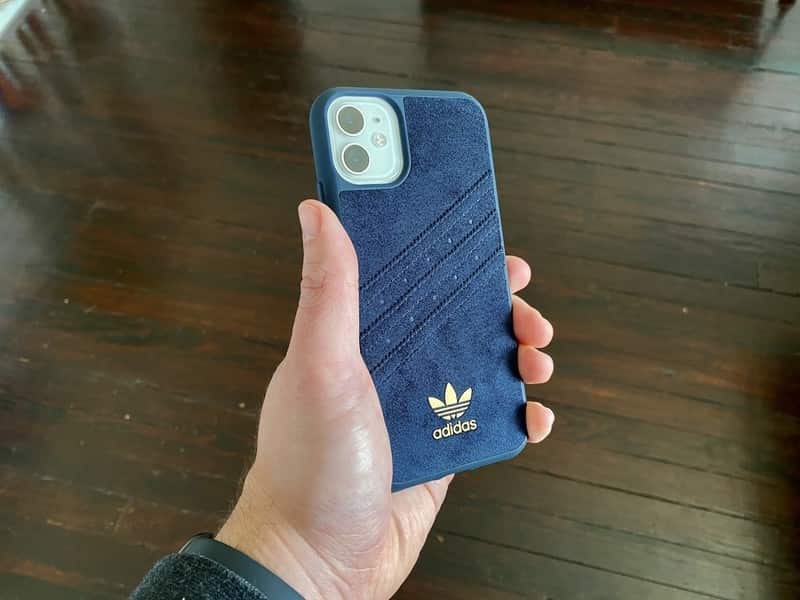 THE PURCHASE OF ADIDAS

SNC Bernard Tapie bought on July 7, 1990 80% of Adidas, the sports equipment manufacturer, for 1.6 billion francs (244 million euros).  The SDBO finances the bulk of the operation and manages the banking pool.

In order to finance the acquisition in 1990 of 80% of Adidas’ capital, BTF GmbH benefited from a credit agreement of July 31, 1990 granted by several banks made up of a pool led by the SDBO, a subsidiary of Crédit lyonnais and itself a 31.25% participant. This loan was repayable in two installments, i.e. 600 MF maturing on August 10, 1991 and 1 billion francs maturing on August 10, 1992, all accompanied by a pledge on the securities acquired and a guarantee on first demand from BTF. HER.

BTF GmbH, in order to acquire an additional 15% of the capital of Adidas on January 14, 1991, contracted with Hypobank a new loan repayable, under the same guarantees, in two maturities from June 30, 1991.

Subsequently, BTF GmbH was led to increase its share capital by 45% by including SDBO and Clinvest, subsidiaries of Crédit lyonnais, as well as the AGF group.

Bernard Tapie sells 20% of ADIDAS to its competitor PORTLAND on August 13, 1991

THE SALE OF ADIDAS

In December 1992  Bernard Tapie, who had been appointed Minister of the City for the first time by decree of April 16, 1992 will be appointed a second time in the Bérgovoy government (by decree of December 26, 1992).   Bernard Tapie decides to sell Adidas which represented the most important part of its industrial and commercial activities. .

On December 12, 1992, a memorandum was signed by the TAPIE Group and the SDBO providing for the sale of ADIDAS through the SDBO and the reimbursement of the bank. A “letter of commitment” was subscribed on December 16, 1992 in application of this memorandum. The companies GBT and BTF SA irrevocably undertake towards the SDBO to sell, no later than February 15, 1993, to “all companies designated by the SDBO and at the first request of SDBO, all of its shares in the capital of BTF GmbH representing 78% of the capital as well as one share of the capital of Adidas AG, it being specified that this sale will take place at a price, payable in cash at the time of the sale (…) of 2,085,000,000 francs for all of these shares “.

On the same day, BTF SA gives SDBO “the irrevocable mandate” to act in its name and on its behalf for the purposes of soliciting buyers and receiving the prize.

This was fixed, in accordance with the terms of the letter of intent, at the sum of 2,085,000,000 francs, payable in cash on the day of the transfer, which was to take place no later than February 15, 1993, the date on which the mandate would end.

The SDBO immediately accepts this mandate and undertakes to the company BTF SA to make “its best efforts to seek, no later than February 15, 1993, buyers for all of the shares you own, representing 78% of the company’s capital. BTF GmbH (…) as well as a share in the capital of Adidas AG which you own, at a total price of 2,085,000,000 francs “.

Long before the signing of the Memorandum of December 10, 1992 which appears only as the first act of execution for the Crédit Lyonnais group, a note of November 17, 1992 entitled “Restructuring of the capital of BTF GmbH”, had been drawn up by MM. M … G ….. for SDBO and H … F … for Clinvest and approved by M. Haberer, chairman of Crédit Lyonnais. This document describes the strategy adopted, without the knowledge of the people of the Tapie group, by the directors of Crédit Lyonnais, SDB and Clinvest:

” The objectives of the Crédit lyonnais group

After the failure of negotiations with Pentland, the main objective of the Crédit lyonnais group is to ensure the recovery of the credits granted by the SDBO to the group B … T … which amounted to September 30, 1992 (agios du 3 rd quarter not included) to 1472 MF. To this amount is added 246 MF of debts on the industrial subsidiaries of BTF SA other than BTF GmbH (Testut, Terraillon, …).

According to the figures of the group T …, the financial debt at the end of 1992, all banks combined, including agios but excluding guarantees, would amount to 1,736 MF …

The group B … T … no longer has the means to ensure the normal payment of the premiums so that the debt is expected to grow faster than the value of Adidas via BTF GmbH, the group is heading irreversibly towards insolvency with its consequences on our commitments, the main pledge of which is, of course, BTF SA’s 78% stake in BTF GmbH which itself holds 95% of Adidas …

Groupe T … no longer has the confidence of the internal and external environment, in particular the German banks;

It therefore seems necessary to safeguard the pledge, to organize the exit of BTF SA and Pentland, the value of which is between 1,400 and 1,500 MF for the first, and 400 and 500 MF for the second.

In addition, the media pressure which surrounds the group B … T … weighs at the same time on the SDBO and on the Credit lyonnais. Any solution that would create a rupture, would no longer make us appear as the main support of the group and would allow the reimbursement of a very large part of its commitments to the SDBO, would be beneficial to us.

The restructuring of the shareholding of BTF GmbH.

An industrial solution, at least partial, is still possible, if not immediately because the deadlines are becoming too short , at least by linking to one of the possible temporary solutions …

In the immediate future, the exit of Pentland is a prerequisite for a series of operations which must, in any case, lead, very quickly or in the long term, to an industrial sale of the group.

Before reaching this objective, it is necessary to constitute a transition shareholder structure which would have the following characteristics:

– a group of investors acquires, through a fund, around 35%, perhaps 40%, of the capital of BTF GmbH with the help of an equity loan granted by the institutions, in the form of the more discreet possible. The remuneration for this loan would be symbolic until the securities are sold by this fund, the capital gain between the sale price and the loan, capitalized at a normal rate, then being shared between the fund and the lenders. There would be no capital link between the lenders and the fund that might belong to Hambros;

– for the remainder (around 20%), either a manufacturer is found now, or BTF SA keeps it provisionally pending a purchaser, with an irrevocable sales commitment.

In total, the capital structure of BTF GmbH could be:

Another solution could consist in the sale of 60 to 70% of the capital of BTF GmbH, ourselves and AGF remaining for 20 and 10%, to a French group specializing in the recovery of companies financed, as in the previous solution, by a participatory loan of approximately 2000 MF granted by ourselves and the AGF, under the same conditions. This group, which would ensure the management, would ask for a sharing of any added value that would ensure it a large amount of remuneration for its efforts.

The exit of BTF SA and Pentland, as well as the capital increase of Adidas, requires for the Crédit lyonnais group, subject to AGF’s participation in the operations, the implementation of the following financing:

– Establishment of a participatory loan to the Hambros fund for an amount of approximately 1,000 MF, partially syndicable with AGF;

In addition, as regards Adidas directly, it would be appropriate:

– that the SDBO grant it a subordinated loan of 50 M.DM, possibly shared with the AGF, remunerated at market conditions;

– that Crédit Lyonnais Germany participates in the banking pool for 100 to 150 M. DM.

We ask for your agreement on these points, for an operation which aims to replace a group B … T … risk with an Adidas risk which, despite the current uncertainties, appears to be of much better quality.

Some of the transferee companies (Rice SA, Coatbridge, Matinvest, EFC and Omega) obtained to finance the disposals by means of “limited recourse loans” granted by Crédit Lyonnais.

These loans were stipulated to be repayable in fine on December 31, 1997 with the following features that:

. the buyers agreed to sell their securities at the request of Crédit lyonnais;

. if, at maturity, the transfer of the units had not been carried out, the borrowers would be released from all obligations towards the lender;

. in the event that they would sell their shareholdings at a price lower than the amount of the loans, this price would constitute the measure of their own repayment obligation towards the bank, the latter waiving in advance any recourse for the unpaid balance;

. conversely, if this transfer provided a capital gain, this would be divided between the bank (for 2/3) and the borrower (for 1/3), each of the borrowers however having the right to substitute, at any time, classic financing for these loans to possibly benefit from the entire expected profit.

The same February 12, 1993, Mr. Robert Louis-Dreyfus, with whom discussions had been initiated in September or October 1992 and who had ended up agreeing to ensure the “management” of Adidas during the intermediate period , was made by all the participants in the transaction a unilateral promise to sell their respective holdings representing 85% of the capital of BTF GmbH (then Adidas international Holding GmbH).

The option was granted on December 31, 1994 and for a price of 3 billion 498 million francs (on the basis of a valuation of Adidas at 4 billion 485 million francs).

Bernard Tapie is not informed of this operation

e The sale of Adidas for 315.5 million euros to a group of investors, including Crédit Lyonnais (CL) was announced on February 15, 1993

From the end of 1993, Crédit Lyonnais, then headed by Jean Peyrelevade (former director of Pierre Mauroy’s cabinet), based its communication on the fact that Bernard Tapie’s setbacks caused, if not the bankruptcy of the bank at least heavy financial losses. In an advertising campaign, the Lyonnais posted a drawing that showed a trash can labeled with the name of Tapie.

A memorandum of understanding was signed on March 13, 1994 between SDBO, Crédit Lyonnais and Bernard Tapie. to put an amicable end to the banking relations of the parties. This agreement allows Bernard Tapie to spread the repayment of his debts over five years. In return, the businessman had to fulfill certain commitments, in particular an appraisal of pledged furniture.The agreement allowed the bank to take as exclusive guarantee of its receivables the allocation of all the property of Mr. and Mrs. Tapie, furniture and works of art included.

The protocol of March 13, 2004 was denounced on May 17, 1994, by Crédit Lyonnais for failure to implement the expertise within the agreed period. On May 20, 1994, Crédit Lyonnais launched seizure procedures.