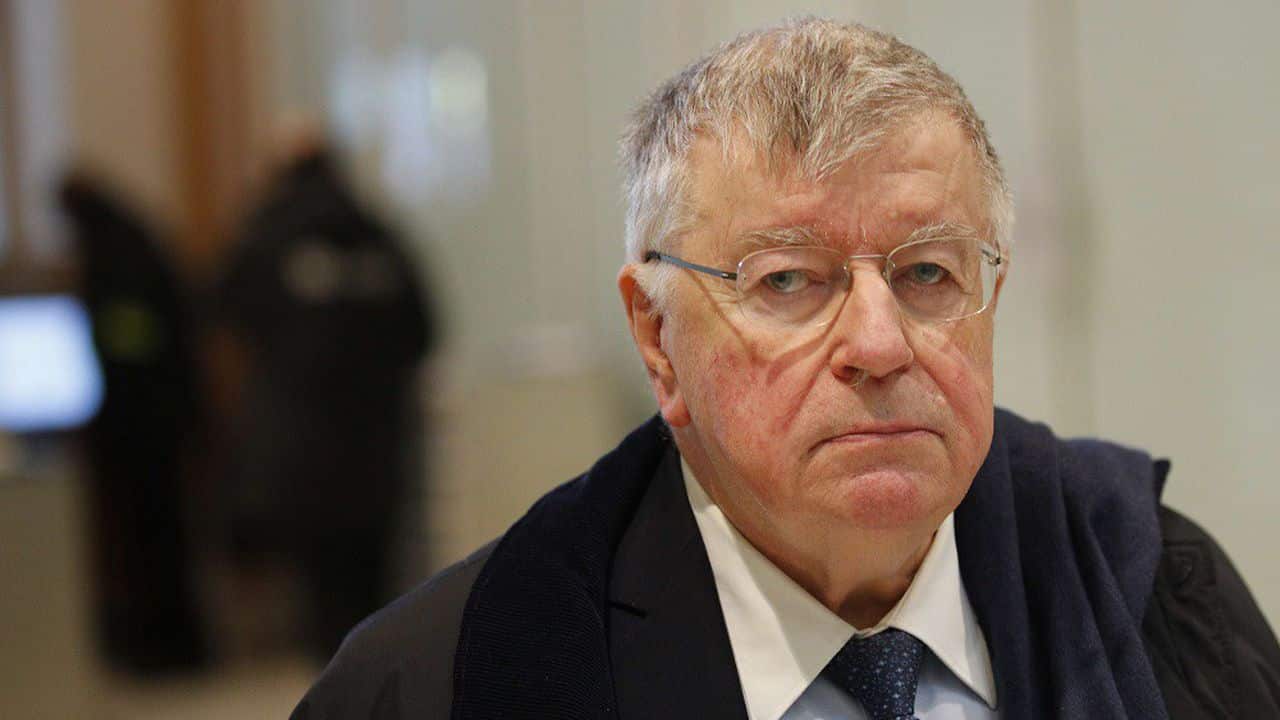 Until 1999, France Telecom’s international strategy was marked by great caution. It was based on an equitable partnership with Deutsche Telekom, each acquisition opportunity having to be discussed and then carried out jointly, in order to better identify and spread the risks.

The synergies being limited, the alliance did not prove to be particularly fruitful and only resulted, according to Mr. Jean-Louis Vinciguerra, ”  only by monthly meetings of the executive committees of the two companies, in Bonn or in Paris  ” . However, the termination of this partnership linked to Deutsche Telekom’s unilateral decision to attempt to merge with Telecom Italia in April 1999, without any consultation with its French partner, was felt very severely by France Telecom.

It placed the company in a real strategic impasse, with no significant growth driver outside France, at the very moment when its market share in its historical business was declining. In addition, the risk of marginalization in a sector where the critical size of companies was constantly increasing was evident.

In this climate of concern, urgency and doubt, the company embarked from 1999 on ambitious and disorderly external growth, favoring access to the markets of the United Kingdom and Germany.

Thus, in July of that year, France Telecom wanted to seize the opportunity to penetrate the British market by becoming the reference shareholder of  NTL . Of course, the industrial justifications for the project were solid. The English cable networks, very efficient and allowing voice and data communications to pass, were in fact the main alternative local loop to the British Telecom network, offering access to a large customer base 27 . Moreover, NTL was from the outset conceived as a means allowing, if necessary, to contribute to obtaining a UMTS license. Finally, the acquisition of a minority stake made it possible to compensate for the group’s lack of expertise in the control of foreign subsidiaries.

However, from the fall of 1999, the offensive of the British mobile operator Vodafone on Mannesmann outlined a new target for France Telecom likely to allow it to constitute itself as a pan-European operator. Indeed, if successful, Vodafone, already present on the mobile in the United Kingdom, had to respect the competition rules to separate from Orange, the third British mobile operator. France Telecom’s stated interest in this operation did not prevent it from granting a new investment of 450 million dollars to NTL in December 1999. Likewise, when in March 2000, according to the information provided to your Rapporteur by the Ministry of Finance, the acquisition of Orange was now a strategic priority for France Telecom,

In total, the French operator has conceded commitments of 8.122 billion euros in an investment which, from the takeover of Orange concretely envisaged, lost almost all strategic interest, and on which, moreover, it did not exercise than minority control. The lightness with which the management of the company seems to have analyzed this situation does not fail to surprise.

The precipitous nature of France Telecom’s international expansion finds a second illustration in the strategy pursued in Germany.

Initially, France Telecom focused its attention on  E + , third German mobile operator. The project seemed very promising, with the potential acquisition having a dynamic market share of around 15% of the German mobile market, very good quality management and significantly improved operating results. In the fall of 1999, the management negotiated with the shareholders transfer agreements relating to 83% of the capital for a total amount of 9.2 billion euros. However, as the deal appeared to be close to closing, another E + shareholder, Bell South, exercised its right of first refusal by partnering with Dutch telecommunications operator KPN. This new setback dealt a severe blow to France Telecom’s strategy and exposed the operator to severe sanctions from the financial markets.

It was in these difficult circumstances that the project to acquire a stake in Mobilcom took place . The company, founded in 1991 by Mr. Gerhard Schmid and listed on the stock exchange, was the second German company for the marketing of mobile services (not having its own network, it rented and resold the minutes). With an 8% market share, it was also the third-largest fixed-line operator and an Internet service provider. Its very offensive commercial strategy had promoted it as an emblem of start-ups in the new German economy. In addition, Mobilcom was one of the last opportunities for France Telecom to participate in UMTS auctions from an asset with a customer base.

However, even in view of these strengths, the assertions of MM. Bon and Vinciguerra, moreover on certain contradictory points, hardly allow us to dispel the impression of confusion and haste left by the operation.

Mr. Michel Bon has indeed indicated to your committee that the acquisition of Mobilcom had been presented to the Minister, as to the Board of Directors, as a fallback strategy in the event of failure of the E + operation. Mr. Jean-Louis Vinciguerra on the contrary suggested that the discovery of Mobilcom was subsequent to this event by explaining [that “  as a consequence of the loss of E +, the mobile branch proposed to the executive committee a second option, Mobilcom, operator alternative  ”, adding that“ it is besides the Lazard bank which drew our attention on the interest of acquiring this company which moreover, we did not know  ”.

The documents provided to your Rapporteur by the Ministry of Finance, such as those transmitted by France Telecom, do not mention Mobilcom at any time before March 2000, nor, moreover, the minutes of the board of directors of the French operator. Obviously, the acquisition of a very large shareholding was not the subject of a truly in-depth reflection, even though it contained considerable risks.

In March 2000, France Telecom thus invested 3.7 billion euros to take 28.5% of the capital, valuing the operator at 80 times its EBITDA  28 (against a market valuation of around 65 times the EBITDA before the rumors relating to the transaction), i.e. a premium of 570 million euros. This contribution, which initially took the form of an irrevocable guaranteed loan , was due by France Telecom, even in the event that the UMTS license was not obtained .

In addition, within the framework of a cooperation agreement of which your Rapporteur has taken note, France Telecom undertook to provide Mobilcom, without any limitation , with the financial support required by participation in the auction mechanism and in the development of the auction. UMTS activity in Germany. More seriously, on April 18, 2000, Mr. Michel Bon sent a letter to Mobilcom in which “  France Telecom declares in a binding manner that the financial means that Mobilcom will need for the acquisition of the license and the provision of services during the 2000-2010 period (subject to compliance with the investment plan and up to 10 billion euros) will be made available  ”.

Thus, France Telecom was fully exposed for all the expenses incurred by Mobilcom for UMTS, during the validity of the framework cooperation agreement, with the creditors of the German operator and its suppliers. equipment.

This commitment did not have as a counterpart total control of the group’s strategy. The agreement certainly provided for a dispute resolution procedure with Mr. Gerhard Schmid, at the end of which France Telecom had a casting vote on “  decisions of a fundamental nature  ” (the definition of which was extensive), but at the cost of the repurchase of the shares of the historical founder of the company – repurchase which involved launching a takeover bid on the entire capital of Mobilcom and consolidating its debt.

In return for these commitments, the risks borne by Mobilcom were considerable . The business plan produced in support of the operation appears to have been very flawed.

Regarding first the development of UMTS, the price of licenses was estimated at 2 or 3 billion euros, even though the conduct of the British auctions in March and April 2000, highlighted the inflation of licenses. In August 2000, German licenses will reach 8.4 billion euros, without France Telecom having thought of withdrawing even though it had invested 43 billion euros two months earlier in the acquisition of Orange. .

In addition, the business plan was based on the assumption of the presence of 5 UMTS operators in Germany, which, in view of the investments required for the establishment of the networks, was the maximum viable. At the close of the auction, 6 licenses were awarded …

Funding for the development of the UMTS network was also to be provided by cash flow generated by Mobilcom’s activities.

Unfortunately, the German operator’s fixed-line telephony activities, which constituted a solid source of liquidity, were closely dependent on the interconnection tariffs set by the German regulator. The increase in these prices in 2001 compromised the profitability of this segment, whose operating margin fell from 2.3% in 2000 to 0.9% in 2001 and became negative in 2002. At the same time, the assumptions relating to The progress of mobile services has proven to be totally wrong.

Consequently, the guarantees provided by Mobilcom were completely insufficient with regard to the commitments contracted by France Telecom. The least that can be said is that the company took a long time to realize this.

In fact, it was not until summer 2002 that two audit missions were launched on the prospects of the German operator, which highlighted the extreme fragility of the company and the poor quality of its customer base. and the obvious impossibility of making the investment profitable.

The management of France Telecom was however not completely unaware of the uncertainties that this acquisition concealed. In a note dated 20 October 2000 to the members of the executive committee that your Rapporteur obtained from France Telecom, Mr. Jean-Louis Vinciguerra mentions, in describing the deadlock in the group’s financing plan, ”  the risk German, because the weakness of Mobilcom could lead us to finance the entire UMTS license and the deployment of the network  ”.

It should also be recalled that, in parallel with this search for a major stake, France Telecom also persevered in opportunistic acquisitions , which were only part of its international strategy. Even if their industrial interest was often real, they unnecessarily increased the operator’s exposure to industrial risks and increased his financial commitments.

The example of TPSA is enlightening. The French operator applied for the acquisition of the Polish incumbent when it was privatized in September 1999. Admittedly, the acquisition made it possible to establish itself in the largest European market in Europe. East (40 million inhabitants), with a particularly dynamic growth perspective (more than 5% per year since 1997). TPSA held 90% of the Polish fixed telephony market. In addition, the operation made it possible to take control of the third Polish mobile operator (PTK Centertel) in which France Telecom had held a minority stake since 1991 and thus to apply for the award of a UMTS license.

Following difficult negotiations, the French group therefore acquired, in consortium with the financial company Kulczyck Holding, 35% of the Polish operator for 3.2 billion euros at the expense of France Telecom in November 2000, then 8 , 93% additional in September 2001 for 680 million euros. Finally, integration of TPSA in the group’s consolidated scope on 1 st April 2002 contributed to increasing 3.58 billion debt of France Telecom.

Once again, even if the investment might seem attractive, it is possible to wonder about its scale (7.69 billion euros to which must be added 1.5 billion euros of buyout option granted to the partner and an investment program of 6.7 billion euros over 7 years which should however be for the most part self-financed), at a time when, mainly due to the acquisition of Orange, the financing capacities of the group were very largely saturated (with debt greater than 2.7 times equity) and where there were clear signs of a stock market crisis 29 .

What then to think of the declarations of Mr. Michel Bon before your committee on this operation: ”  It would have been preferable to interrupt it but the blow was gone …  “?