Brooklyn Law School is one of the more popular choices when it comes to taking up a noble career in law. But before you make your decision and start searching “who can do my essay for admission professionally,” let’s consider whether this institution is right for you. After all, as a future lawyer, you should follow an analytical approach when it comes to your education. Given that reputation and the Brooklyn Law School ranking, what does it offer its students that other law schools don’t?

To know if the Brooklyn Law School is the right place for your legal education, it’s best to find out as much as you can about it. Here we’ll go over some history of the school, then its acceptance rate, tuition, and rankings. We will also go over the employment rates and bar examination passing rates of the Brooklyn Law School.

Once you have a general idea of the requirement as well as what the school can offer you there is a short section about the campus in the article to guide you further on the facilities it contains. 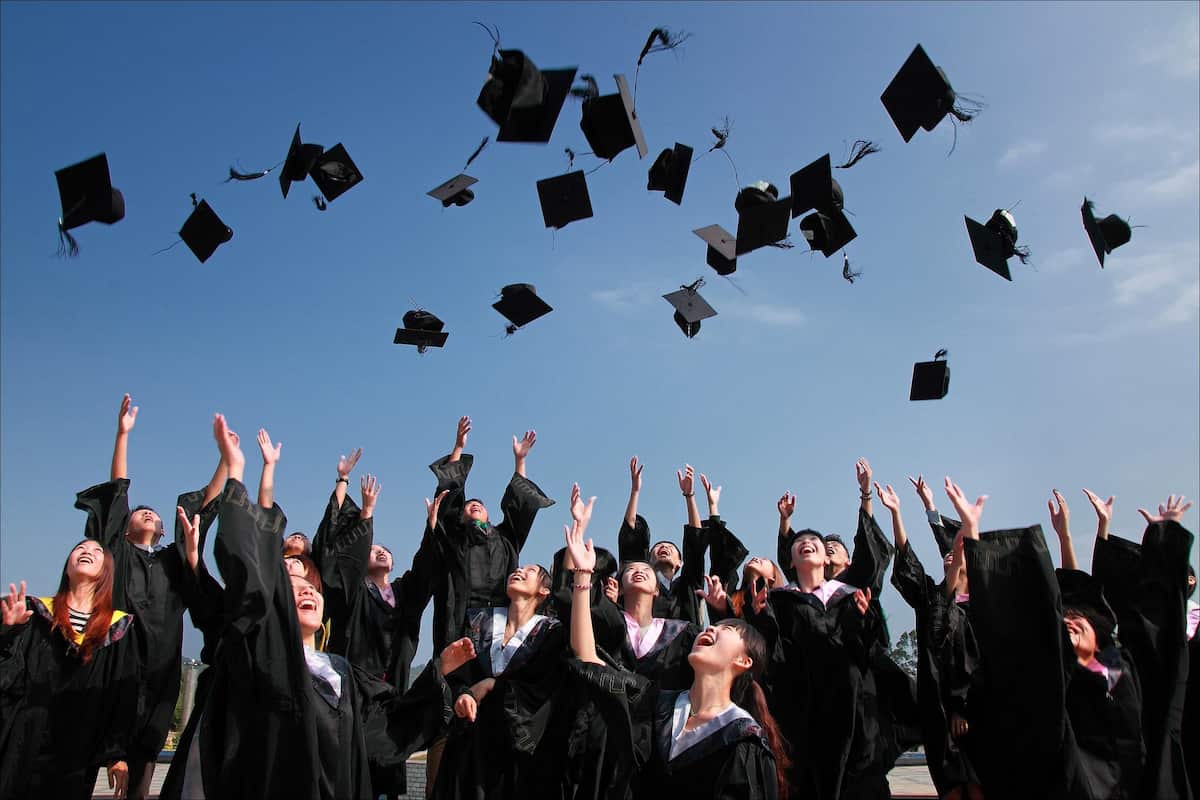 The Brooklyn Law School was founded back in 1901, originally being a part of the Pratt Institute that was located in Clinton Hill, Brooklyn at the time.

In the 1890s they established the Department of Commerce and a few years down the line, this department skyrocketed in popularity among financial education students. Since then, it broke off to become its own school under the guidance of Norman P. Heffley. He was at the time the personal secretary of Charles Pratt, a pioneer of the American petroleum industry, after which he founded the Pratt Institute near his family home in Brooklyn.

Originally, it was dedicated to a new school of commerce called the Heffley School, sharing a number of its facilities with the Pratt Institute. In 1901, Norman P. Heffley and William Payson Richardson restructured the Heffley School to become what we know today as the Brooklyn Law School which was the first law school on Long Island.

Using the original space that the Hefley School of Commerce had to create a school that would focus on law, it initially started with 5 faculty members. The first year of the school saw 28 students applying to the newly found school.

Ever since its conception, the Brooklyn Law School has always had its doors open to minorities, women, and immigrants, and offered night classes for any students with tight schedules. Dean Richardson also had a policy that would allow students who are less fortunate to take on credit to pay for the remaining tuition.

Between the years 1901 and 1928, the school had moved twice, finally landing itself on a building made for the Brooklyn Law School specifically at 375 Pearl Street in the downtown area of Brooklyn. At this time the school lacked several amenities like a campus, dormitories, and cafeteria. The students however could still participate in a wide variety of extracurricular activities.

Due to this, several prominent alumni sprung into taking action and worked out a deal to repurchase the school’s assets. It was this action that allowed the Brooklyn Law School to stay afloat during this difficult time, as well as operate as a completely independent institution. 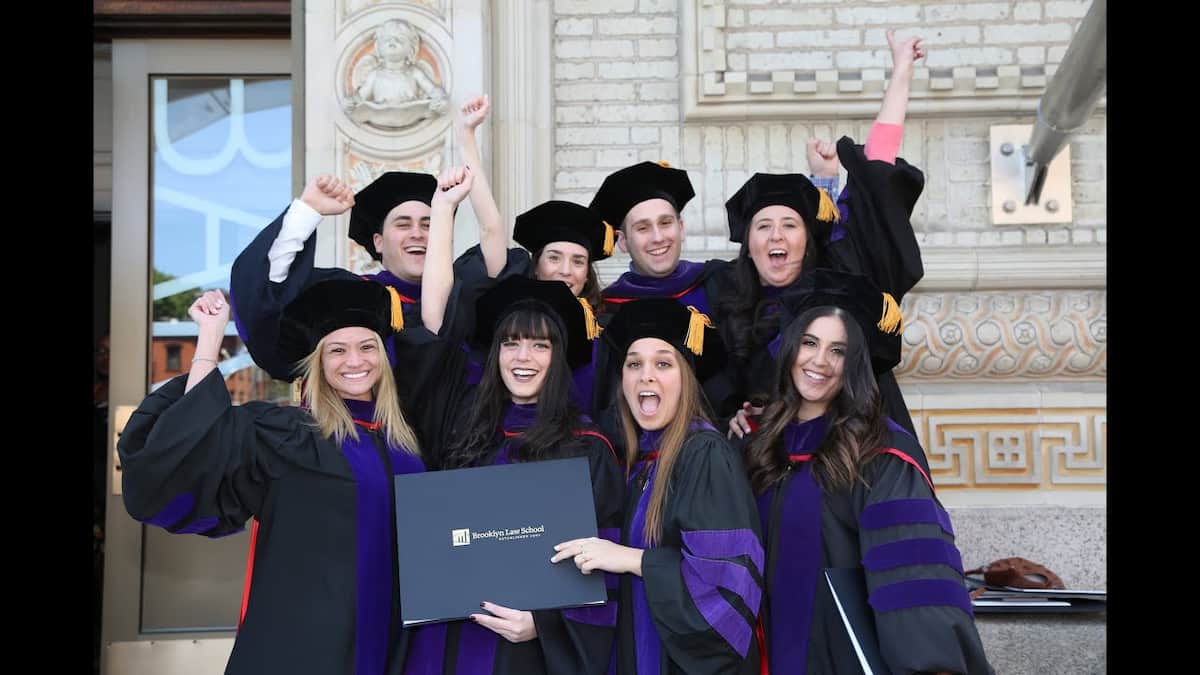 There is no application fee and no deadlines for applications. Only applications being made before February 1 will be considered for the incoming school year. The application process for both full and part-time programs is standard and will be the same. 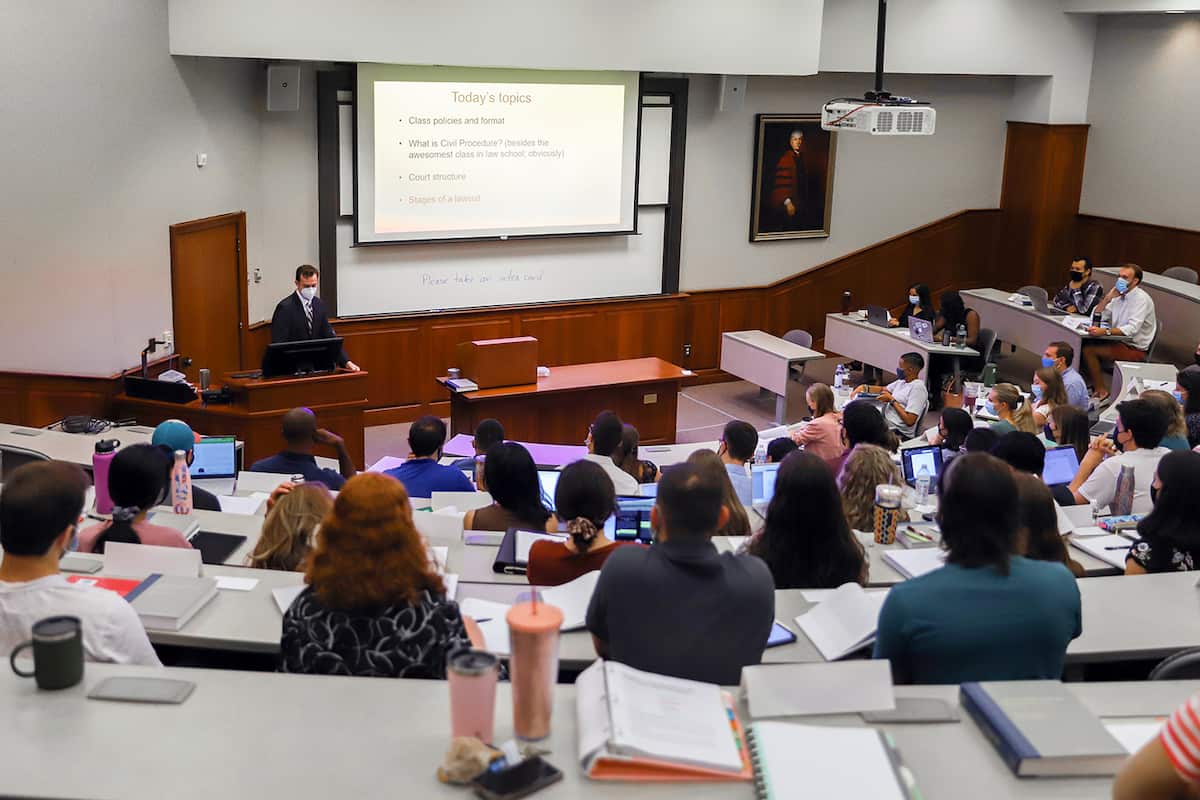 Even after making it into the Brooklyn School of Law, applicants still have another hurdle to get past, the tuition.

Given the Brooklyn Law School ranking, you might say that having nearly triple the tuition rates of other private law schools is expected. Comparing the average $26k of other schools to the Brooklyn Law School tuition of $62k which really is quite a steep investment though. And this is already with the 2021 tuition fees being lower than the 2020 ones, so applying past this point might see a rise back to their previous rates.

So if you do apply or plan to keep an eye on any new news to come from the Brooklyn Law School, make sure you double-check the fees. Also, consider the possible cost of living associated with being near enough to a pretty densely populated area that will have high demand.

The estimated living expense according to the official site is around $16,200. There are also the additional fees that are included in standard programs which come at $2,000 for the books, $6,000 for the living expenses, $1,575 for the utilities, and $1,175 for the expected transportation costs. This brings the estimated cost of attendance for a student living independently to $92k and the estimated cost for a student living with a family at $75k.

Do keep in mind, these are only estimates provided by the college and you may find cheaper living space. 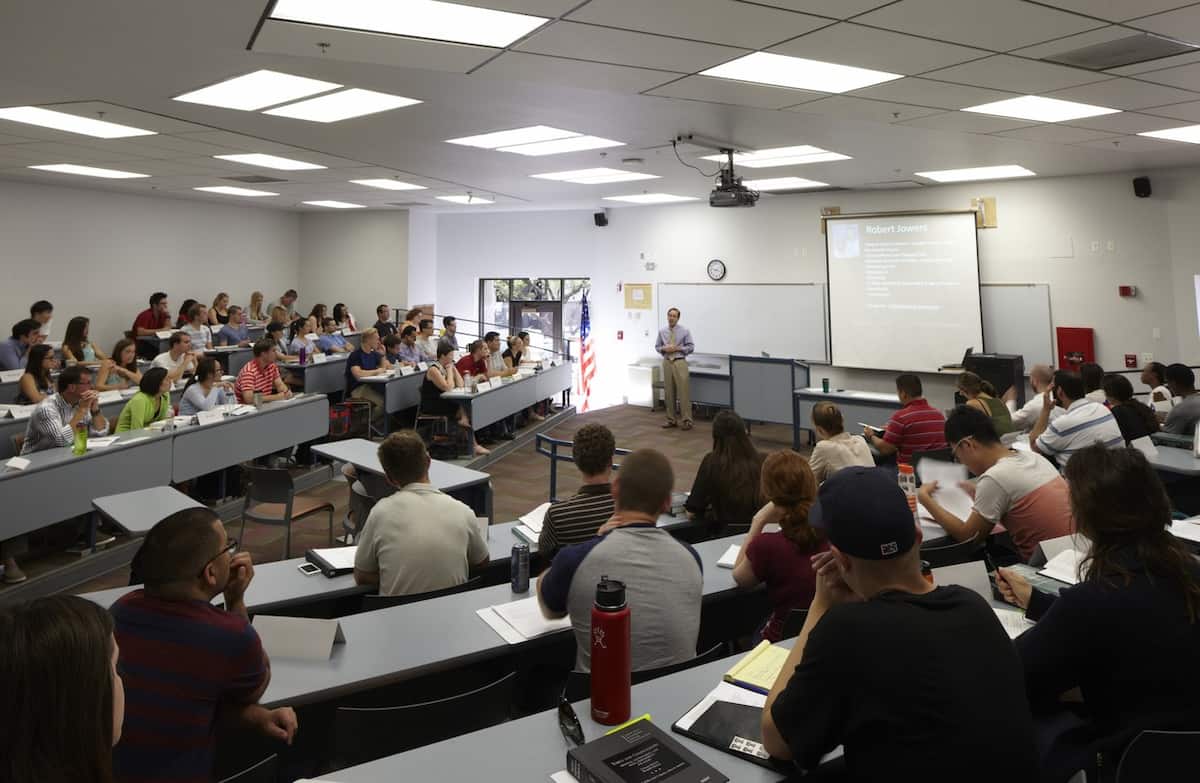 According to the Brooklyn Law School ranking site hosted by the college itself, they are an A + when it comes to offering legal technologies in their education. The Brooklyn Law School has also ranked 4 times in a row on the National Journal Ranking as having the highest percentage of graduates hired as first-year associates within the nation’s top 100 law firms.

For Brooklyn Law School rankings, there are several other notable positions that they possess which include the rankings on employment, bar examination passing rate, as well as other more minor things like student diversity.

The Brooklyn Law School acceptance rate is also ranked placing it at #88 as only 47% of students who apply get accepted. Brooklyn Law School rankings when it comes to bar passage rates is at #101 with 78.7% of first-time bar examination takers passing, keep in mind though that any national ratings should be taken with a grain of salt as different bar exam passing rates vary a lot per state.

Brooklyn Law School ranking when it comes to best law school programs comes in at #81. 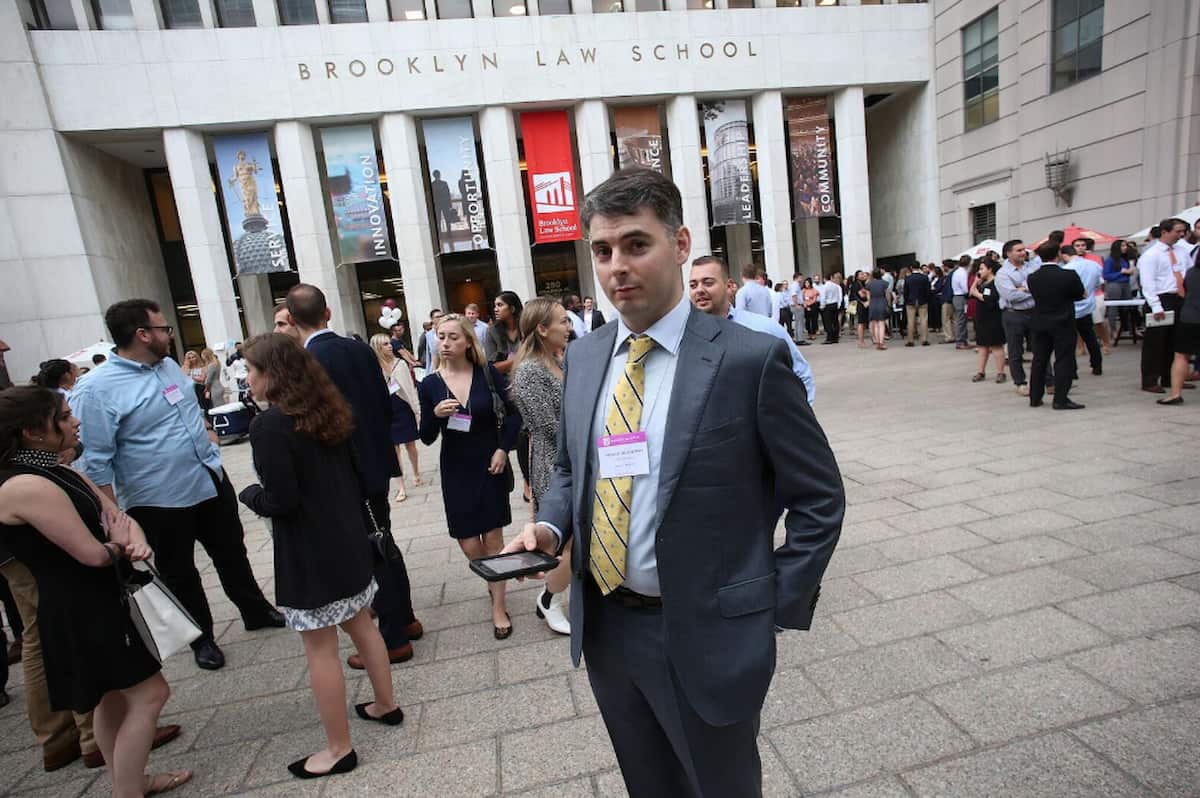 To get the best idea of the campus of the Brooklyn Law School, there is a tour you can sign up for to get to experience it in person. All it requires as of writing is proof of vaccination, a government id as well as confirming you are the owner of the email that had signed on previously to take the tour.

There are two options for taking the tour, the first is an information session guided tour. It is offered once every two weeks and lasts about 90 minutes. The guides will be a member of the admissions team accompanied by one student. The guide itself will go over the general academic and co-curricular opportunities for students, clinics, fellowships, and other things. This tour is limited to 8 participants every time it is conducted.

The second type of tour you can apply for is the student-led tour which lasts about 30 minutes. This is a much more open-ended and flexible kind of visit letting you go wherever on the campus as you spend one on one time with one of the current students. You may ask them questions about their experience as well as more relevant information about the school. You may also request beforehand what specifically you want to know more about so that way the student can prepare in advance and tailor the tour to try and answer your questions. This type of tour is limited to one participant with at most 1 guest. Both of the tour types close registration 7 days before they are conducted.

Located in Downtown Brooklyn, you can find the academic and professional office buildings including the administration over there. It is definitely an ideal spot for a law school to operate as the area is home to many federal and state courts including corporate and public law offices.

The main academic building of Brooklyn Law School is located at 250 Joralemon Street, this building has classrooms, different faculty offices, student journals, a conference center, a dining hall, as well as the previously mentioned four-story library with its 587,749 volumes. Near to this building is the office building housing most of the law school’s clinics, legal writing centers, and administrative offices, this building is located on 111 Livingston Street.

For students interested in on-campus living there are several housing residences available. The largest one is Fel Hall, a 22-floor complex located at 205 State Street. It is fit to allow 360 students to live within it, with 239 furnished apartments in different sized spaces depending on what the students would prefer. There are also additional amenities like a conference center and cafe.