What Happens if I Get in a Car Accident Out of State?

Whether you live close to a state border or drive long distances frequently, you may find yourself having sustained an injury in a car accident in a different state from where you live. Then what happens if you get in a car accident out of state? In these cases, you can still recover compensation from your insurance provider.

You can also still likely file a lawsuit against the driver who was at-fault for causing the accident. However, this ability depends on the laws of the state where the accident occurred, which may differ substantially from those in your own state. Variations in state law could affect whether you have grounds for a lawsuit, how much you can recover, and how long you have to act.

Does My Car Insurance Coverage Apply for a Car Accident Out of State? Regardless of where the accident occurs, your car insurance policy will still provide the same coverage as if your accident occurred in your home state. Auto insurance extends beyond state lines, and the process of filing an insurance claim with your provider for an out-of-state accident is essentially unchanged.

The only change that may occur is the amount of coverage the claimant receives. This is a good thing for injury victims, as this change will only occur if their insurance policy does not meet the minimum coverage requirements of the state where the accident occurred. In other words, if the state where your accident occurred has a minimum liability coverage limit of $20,000 for bodily injury, but your own policy only provides $10,000, your coverage will adjust to provide up to $20,000 even though your state’s minimum limit is lower.

There are also differences between state laws in how fault factors into an insurance claim. Some states use fault to determine whose insurance company is responsible for compensation, while others make the claimant’s own insurance the exclusive source of remedy regardless of fault.

Some auto insurance policies will even cover you in the case of an accident that occurs outside the United States. However, this is not a universal requirement by any means, so if you were involved in an accident across the border of Canada or Mexico or in another foreign country, you should examine your policy closely to determine whether you still are entitled to coverage.

Can I File a Lawsuit for Injuries in an Out-of-State Car Accident?

No matter where your accident occurred, if another driver was responsible for causing the accident, you may have the ability to file a lawsuit against the other driver to recover damages. However, laws often differ when you cross state lines. Therefore, you will have to pay close attention to the rules in the jurisdiction where your accident occurred, as these will likely be the laws that govern your case.

Certainly, this applies to traffic laws. Not every state has the same rules for the road, and it is important to note these discrepancies in case they played a role in the cause of your accident. But traffic laws typically do not drastically differ between states, and most situations do not necessarily require you to prove that the other party violated traffic laws in order to succeed in a lawsuit.

A more important variation for these purposes is how each state provides for accident recovery. Specifically, each state generally uses one of two types of policies for car accident injury recovery: at-fault or no-fault.

At-fault states require that the party responsible for causing the harm also be responsible for compensating the victim. Lawsuits are easier to bring in at-fault states. In no-fault states, however, car accident injury victims are typically limited to recovering through their insurance provider, except when their injuries reach a threshold of seriousness. Each no-fault state defines a “serious” car accident injury differently. Some consider the actual injury’s severity, while others measure seriousness by the amount of damages claimed. You should discuss your situation with an Indianapolis personal injury attorney to identify where a lawsuit is available to you in the state where your accident occurred.

Another variation among the states is how courts should deal with car accident injury cases where the injury victim was also partially responsible for causing an accident or their own injuries. This is known as comparative or contributory negligence, depending on the state in question.

Most states will still allow the plaintiff to recover compensation, though the amount may be reduced proportionally in accordance with the percentage of fault they share. In a few “pure contributory negligence” jurisdictions, however, plaintiffs who share even a small amount of blame for causing the accident or injuries will be unable to recover anything through a lawsuit. It is important that you identify which set of laws apply in the state where your accident occurred.

Where Do I File a Lawsuit for an Out-of-State Car Accident? 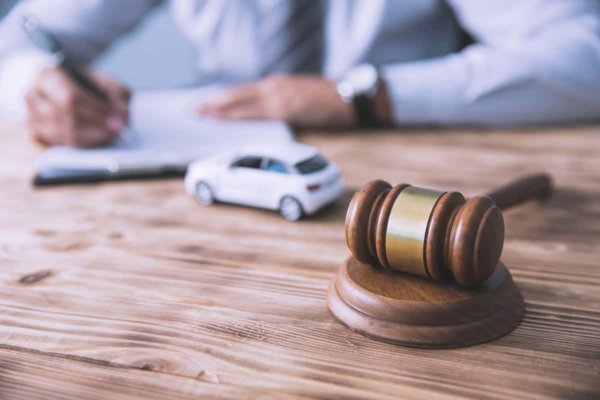 This is because, for civil personal injury lawsuits, the defendant generally has priority of convenience regarding jurisdiction. For an accident that occurs in a different state, there are only limited options to bring your suit in your own state, which likely will not come into play.

In any case, wherever the lawsuit is filed, the laws of the place where the accident occurred will almost always apply. Therefore, if you are partially responsible for causing an accident that injured you in a state that prevents recovery for contributory negligence, you cannot escape this law by moving the lawsuit to a different venue.