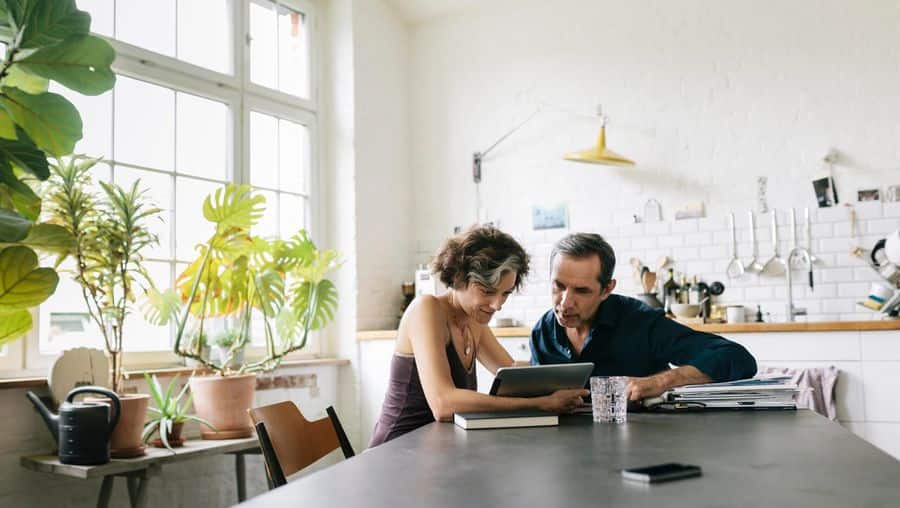 (inserted by Law nº 96-314 of April 12, 1996 art. 30 Official Journal of April 13, 1996)
The coefficients used for the calculation of the declining balance of the goods mentioned in 1 and 2 of article 39 A are respectively increased to 2.5, 3 and 3.5 depending on whether the normal duration of use of these goods is three or four years, five or six years, or more than six years.
The provisions of the first paragraph are applicable to goods acquired or manufactured between February 1, 1996 and January 31, 1997.

(inserted by Law n ° 2001-1276 of December 28, 2001 art. 25 corrective finances for 2001 Official Journal of December 29, 2001)
The depreciation applied for the first twelve months following the acquisition or manufacture of the goods mentioned in 1 and 2 of article 39 A acquired or manufactured between October 17, 2001 and March 31, 2002 may be increased by 30%.
These provisions are also applicable to goods of the same nature having been the subject, between these two dates, of a firm order accompanied by the payment of down payments of an amount at least equal to 10% of the total amount of the order and of which the acquisition or manufacture takes place before December 31, 2003.
The provisions of this article are exclusive of the application of those authorizing exceptional depreciation over twelve months.

(inserted by Law n ° 2001-602 of July 9, 2001 art. 71 Official Journal of July 11, 2001)
The first wood processing companies are entitled to depreciate, under the conditions defined below, the production and sawing equipment as well as the valuation of forest products.
The depreciation rate which will be applied at the end of the financial years by the companies, for the period 2001-2005, will be the declining depreciation rate in force, on that date, increased by 30%.

(inserted by Law n ° 2003-1311 of December 30, 2003 art. 100 I finances for 2004 Official Journal of December 31, 2003)
The coefficients used for the calculation of the declining balance of materials and tools used in scientific and technical research operations mentioned in a of II of article 244 quater B are respectively increased to 1.5, 2 and 2.5 according to that the normal period of use of these goods is three or four years, five or six years or more than six years.

(inserted by Law n ° 2001-1168 of December 11, 2001 art. 19 I Official Journal of December 12, 2001)
Equipment intended exclusively for the collection of cash and payments by checks and cards in euros may be subject to exceptional depreciation over twelve months from their entry into service.
The costs of adapting the fixed assets required by the changeover to the euro constitute deductible charges for the year of their commitment.
These provisions apply to companies whose turnover for the current financial year during the acquisition of equipment is less than € 7,622,450.86 and whose fully paid-up capital is held continuously, for 75%. at least, by natural persons or by a company meeting these same conditions.
NOTE: These provisions apply to equipment acquired in 2000 or 2001 for fiscal years ending as of the entry into force of Law No. 2001-1168 of December 11, 2001 (art. 19 II) published in the Official Journal of December 12, 2001.

(inserted by Law n ° 2001-1275 of December 28, 2001 art. 15 I finances for 2002 Official Journal of December 29, 2001)   I. – Equipment likely to benefit from the declining balance provided for in article 39 A and buildings constructed to house confined laboratories, which are mainly devoted to research or development of treatments against human infectious diseases or diseases infectious diseases likely to have an impact on human health or rare diseases and which seriously affect the populations of countries not members of the Organization for Economic Co-operation and Development may be subject to exceptional amortization over twelve months at from the date of their entry into service.
The list of diseases and the characteristics of the confinement of the laboratories mentioned in the first paragraph are fixed by a joint order of the Minister in charge of health and the Minister in charge of the Budget.
II. – If these materials or buildings are used primarily, before the end of their normal period of use, for research and development operations other than those referred to in I, the fraction of the depreciation applied in excess of the allocations that the The company could have deducted in the absence of the provisions of I is reported to the result of the financial year during which the change in allocation occurred. The residual depreciation of this equipment or buildings is carried out under the conditions of common law (1).
(1) These provisions are applicable to goods acquired or manufactured between January 1, 2001 and December 31, 2005 for fiscal years ending on or after December 31, 2001.

(inserted by Law n ° 2001-1276 of December 28, 2001 art. 26 corrective finance for 2001 Official Journal of December 29, 2001)
Security installations intended to ensure the safety of the company or the protection of personnel carried out or ordered before March 31, 2002 in companies with a turnover of less than 7.63 million euros may be subject to exceptional amortization over twelve months from the date of their entry into service.

(Edition of July 1, 1979))
(Law n ° 2003-1311 of December 30, 2003 art. 89 I b finances for 2004 Official Journal of December 31, 2003)
At the end of each financial year, the sum of the depreciation actually applied since the acquisition or creation of a given item may not be less than the cumulative amount of depreciation calculated according to the straight-line method and spread over the normal period of use. Failing to comply with this obligation, the company definitively loses the right to deduct the fraction of depreciation which has been deferred in this way.

(Law n ° 98-546 of July 2, 1998 art. 77 II III Official Journal of July 3, 1998)
(Law n ° 98-1266 of December 30, 1998 art. 90 II III finances for 1999 Official Journal of December 31, 1998)
(Decree n ° 2002-923 of June 6, 2002 art. 4 Official Journal of June 8, 2002)
The provisions of the second paragraph of article 39 C are not applicable to determine the share of taxable income according to the terms provided for in article 238 bis K on behalf of partners, co-owners or members subject to corporation tax, when the following conditions are met:
1 ° The property is movable property depreciable on a declining balance basis over a period of at least eight years and which has not given rise to the deduction provided for in I of article 217 undecies;
2 ° The user of these goods is a company which exploits them within the framework of its usual activity and is likely to acquire the property on a permanent basis;
3 ° The acquisition of the property has received the prior approval of the Minister responsible for the budget.

a) If the purchase price of the good corresponds to the market price taking into account its characteristics and if the investment presents from the point of view of the general interest, particularly in terms of employment, a significant economic and social interest;
b) If the user demonstrates that the good is necessary for its operation and that the financing methods chosen are determined by concerns other than fiscal or accounting;
c) If at least two-thirds of the benefit corresponding to the balance of positive or negative discounted values ​​relating respectively to additional tax reductions or contributions, with regard to those resulting from the application of the provisions of the second paragraph of the article 39 C, following the taking into account by the partners, co-owners or members of the profit shares subject to the provisions of this article, are retroceded to the user in the form of a reduction in the rent or a reduction in the amount of the option of ‘purchase. The amount of the benefit that must be retroceded is determined when the authorization is issued.
The acquisition price taken into account for the calculation of the depreciation is equal to the sale price included in the base of the corporation tax or the income tax of the builder, increased by the ancillary costs necessary for making the property ready for use. The coefficient used for the calculation of declining balance is increased by one point.
The deficits of the financial years of the companies, co-ownerships or groups mentioned in the second paragraph of article 39 C, the results of which are affected by the depreciation allowances recorded for the first twelve months of depreciation of the asset, are only deductible height of a quarter of the profits taxable at the rate of tax on ordinary companies, which each partner, co-owner, member or, where applicable, group within the meaning of article 223 A to which he belongs, withdraws from the rest of his activities .
The goods must be kept until the expiration of the rental or provision contract.

The partners, co-owners or members undertake, within the framework of the authorization, to keep until the expiry of the rental or provision contract the shares they hold, directly or indirectly, in these companies, condominiums or groups. This condition ceases to be met when the associated company, co-owner or member, leaves the tax group within the meaning of article 223 A, the overall result of which has been affected by the application of this article to this associated company, co-owner. or member.
However, at the express request of the taxpayer, the approval decision provides that the early sale of the property or of the shares of companies, joint ownerships or groups does not entail additional taxation on companies,
a) the transfer is made for the benefit of the user of the good, whose identity is mentioned in the approved project;
b) two-thirds of the normal useful life of the asset has elapsed;
c) the actual user of the good demonstrates that, taking into account the cost of the latter, he is not in a position to acquire it directly without compromising the financial equilibrium of the enterprise;

d) this user is able to guarantee the sustainability of the operation of the asset until the planned expiry date of the initial rental contract or the provision of the asset.
In the event of a subsequent transfer of the good by the user before the expiration of its normal period of use assessed on the date of its effective commissioning, the capital gain exempted in application of the thirteenth to seventeenth paragraphs is imposed on the for the financial year during which it was carried out, in the name of the user benefiting from the retroceded advantage and determined when the authorization is issued. The corresponding amount of tax is accompanied by the late payment interest referred to in article 1727.
A decree of the Council of State specifies the methods of application of this article.

(inserted by Edition of July 1, 1979))
The depreciation of constructions and installations built on the land of others must be spread over the normal period of use of each element.
This provision is not applicable in the event of a construction lease entered into under the conditions provided for in Articles L 251-1 to L 251-8 of the Construction and Housing Code.

(inserted by Law nº 92-1476 of December 31, 1992 art. 76 I amending finance for 1992 Official Journal of January 5, 1993)
Each member of the racehorse or stallion co-ownership mentioned in article 8 quinquies amortizes the cost price of his share of the property according to the terms and conditions provided for the horses; for the determination of capital gains, the depreciation applied is deducted from the cost price.
The provisions of the first paragraph apply to fiscal years beginning on or after January 1, 1992. The depreciation deducted for tax purposes by the co-ownership for previous years are distributed among the co-owners in proportion to their rights in order to determine, for each part of the property, the residual value remaining to be amortized.
Share This Post: facebook twitter linkedin google pinterest