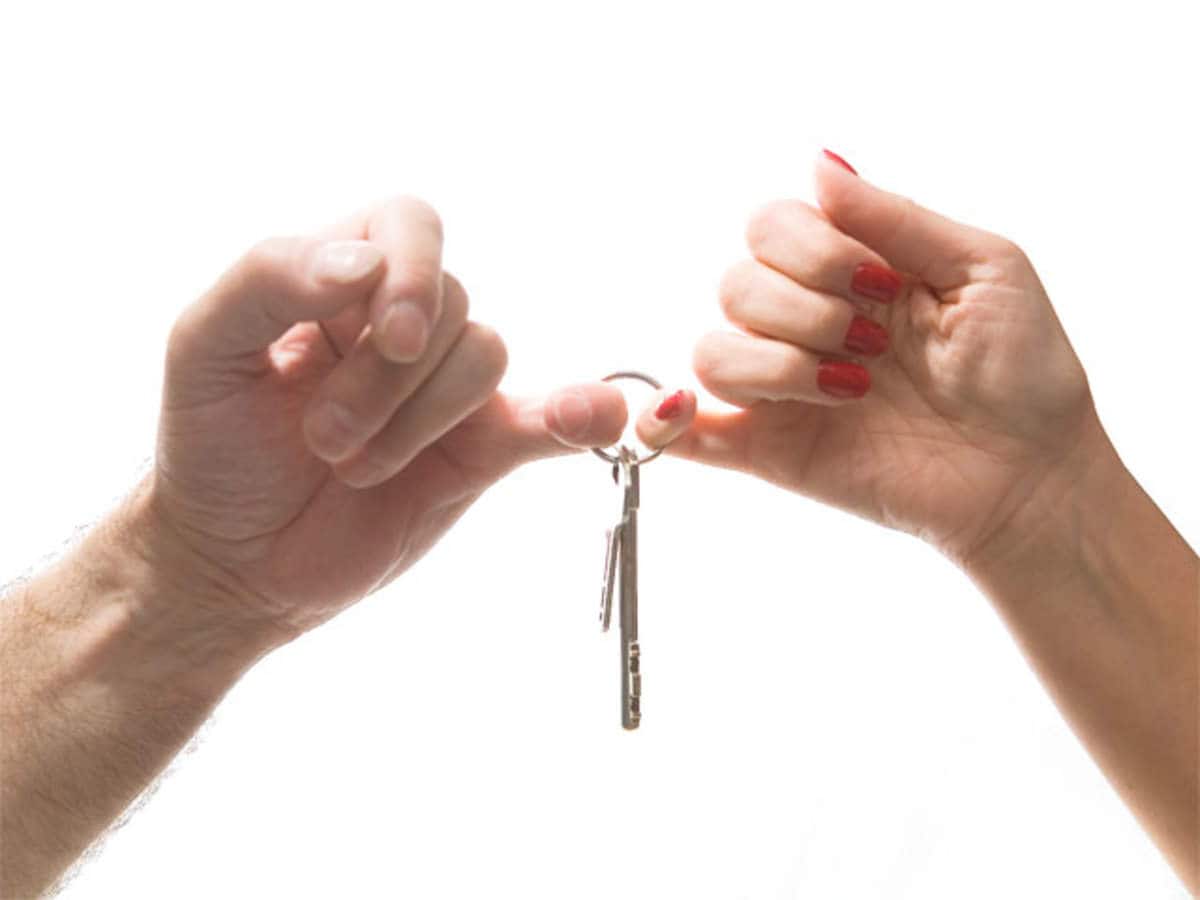 Art. 743. – The co-ownership is the legal situation of a built building or of a group of built buildings whose ownership is distributed, between several people, by lots each comprising a private part and a quota in the common parts.

Art. 744. – The private parts are the parts of the buildings and the land, which belong separately to each of the co-owners and which are assigned to his exclusive and particular use.

The following are deemed to be private parts  :

– The interior partitions with their doors;

– The window grab bars, the iron railings and balustrades of the balconies;

– Interior plastering of walls and partitions, whatever they are;

– The internal pipes and particular connections, the apparatus, valves and fittings and accessories which depend on them;

– The framing and the top of the chimneys, the chests and the false chests;

– The sanitary installations of the bathrooms, the toilets and the water closets;

– Individual heating and hot water installations that may exist inside a private room.

The partitions or separating walls of private premises and not included in the structural work are presumed to be adjoining between the neighboring cos-owners.

Art. 745. – The common parts are the parts of the buildings and of the land, which belong undividedly to all the co-owners, each for a quota relating to each lot, and which are allocated to the use or to the utility of all or more of the co-owners.

The following are deemed to be common parts  :

– The structural work of the buildings, the elements of common equipment, including the parts of the related pipes which cross the private premises;

– Chests, ducts and head of chimneys for common use;

– Loggias, balconies, terraces even if they are wholly or partly reserved for the exclusive use of a co-owner;

– The premises of the common services;

The following are deemed to be rights incidental to the common portions  :

– The right to raise a building assigned to common use or comprising several premises which constitute different private parts;

Art. 747. – The common parts and the rights which are accessory to them cannot be the object, separately from the private parts, of an action for sharing or of a forced licitation.

Art. 748. – (Law n ° 83-01 of January29, 1983) – A co-ownership regulation specifies the destination of the common parts and the private parts, the conditions of use as well as the rules relating to the administration and management of these parts.

Art. 749. – Each co-owner has the private parts included in his lot; he freely uses and enjoys the private and common parts on the condition of not harming the rights of other co-owners, nor undermining the destination of the building.

1 °) 1st category expenses inherent in the day-to-day management and minor repairs of the common parts.

These charges are the responsibility of all occupants, whether actual or not. They are divided equally between each of the occupants who will have to pay them to the administrator according to the terms decided by the general meeting.

2 °) 2nd category charges inherent in major repairs to the building, its maintenance as well as the safety of co-owners or occupants.

They are the responsibility of the co-owners of the building.

The distribution of these charges is made on the share of each common part relating to each lot.

Art. 750 bis. (Law n ° 83-01 of January29, 1983) – Communities, services and public bodies must provide, in their budget, the necessary credits for the payment of the charges incumbent on them as co-owners or occupants.

Art. 750 bis 1. – (Law n ° 83-01 of January29, 1983) – The administrator may resort, in the event of non-payment by the persons concerned of the charges incumbent on them under the 1st and 2nd categories, to the forced recovery procedure.

Art. 750 bis 2. – (Law n ° 83-01 of January29, 1983) – in the event that the co-owner or occupant is a public body or service or a local authority, the recovery of charges incumbent upon him, after formal notice, is guaranteed, in the event of non-payment, by the automatic debit on the appropriations provided for this purpose, by the public accountant, on referral to the administrator who must provide all the justifications, in particular the invoices, resolutions of the meeting and any other document.

This debit takes place one month after referral to the competent accountant.

Art. 754. – (Law n ° 83-01 of January29, 1983) In the event of a transfer, the former owner remains liable for the payment of all debts arising from the co-ownership, which are liquid and due on the date of the transfer. act of provision or final payment.

The co-owner who disposes of his lot for valuable consideration is required to present the notary with a certificate of less than one month attesting that he is free from all obligations towards the community of co-owners; the notice of the transfer must be given to the administrator by simple registered letter with acknowledgment of receipt, at the behest of the purchaser; the administrator may form, within fifteen (15) days from said notice of transfer, opposition to the payment of funds to obtain payment of the sums remaining due by the former owner.

These receivables also benefit from the privilege reserved for the lessor of the building.

Art. 756 bis – (Law n ° 83-01 of 29 j1983) – Co-owners who suffer damage as a result of the execution of works due either to a definitive decrease in the value of their lot, or to a disturbance of serious enjoyment, even if it is temporary, or degradation are entitled to compensation.

This compensation, which is the responsibility of all the co-owners, is distributed according to the initial proportion of the rights of each in the common areas.

Art. 756. bis 1. – (Law n ° 83-01 of January29, 1983) – In the event of total or partial destruction, the co-owners whose lots make up the damaged building may decide, by majority vote, to rebuild this building. building or repairing the damaged part.

Compensation representing the destroyed building, subject to the rights of registered creditors, assigned by priority to reconstruction.

The duties of the assembly are the administration and conservation of the building as well as the management of the common areas.

Failing that, the administrator is automatically appointed by the president of the communal popular assembly of the place where the building is located.

Art. 763. – (Law n ° 83-01 of January29, 1983) – The assembly obligatorily holds an ordinary meeting once a year, within three months following the activity of the end of the financial year, at the invitation of the administrator .

It also holds an extraordinary meeting, if necessary, on convocation and at the initiative of the administrator or at the behest of the co-owners and occupants.

The meeting can only validly deliberate on the issues listed on the agenda and for which the convocations and the notifications noted are regularly made.

Art. 764. – (Law n ° 83-01 of January29, 1983) – The decisions of the assembly are taken by simple or qualified majority vote and their execution is entrusted to the administrator of the building placed directly under his authority. control.

This director is a proxy for the meeting. He takes her to court.

The tenant also participates in all the work of the meeting and has a deliberative voice in the following cases  :

2 °) when the assembly deliberates on repair work recognized as essential by the majority of the members,

3) when the co-owner concerned is absent or not regularly represented at the meeting.

No proxy may receive more than one voting delegation.

In the event of joint ownership of a lot and in the absence of a common representative delegated by the interested parties, an agent will be appointed by the president of the court, at the request of one of the joint owners or the administrator.

They can only be contested by opponents or absent and unrepresented before the court and within two months of the notification of decisions made to them, on pain of forfeiture.

Art. 767. – (Law n ° 83-01 of January29, 1983) – The general assembly cannot, by any majority whatsoever, impose on a co-owner a modification to the destination of his private parts or to the terms of their enjoyment as such. that they result from the co-ownership regulations.

Art. 769. – (Law n ° 83-01 of January29, 1983). The heightening or construction of buildings for the purpose of creating new premises for private use can only be carried out by decision of the assembly taken unanimously by its co-owner members.

The decision to grant, for the same purposes, the right to raise an existing building requires, in addition to the unanimity of the co – owners, the agreement of the co – owners of the upper floor of the said building.

Art. 772. – (Law n ° 83-01 of January29, 1983) – Personal actions arising from the application of the statute of the co-ownership between the occupants or between an occupant and the administrator, are prescribed by a period of ten (10 ) years.

Actions aimed at contesting the decision of the meeting must, on pain of forfeiture, be brought by the opposing or defaulting occupants, within two (2) months of their notification by the administrator.