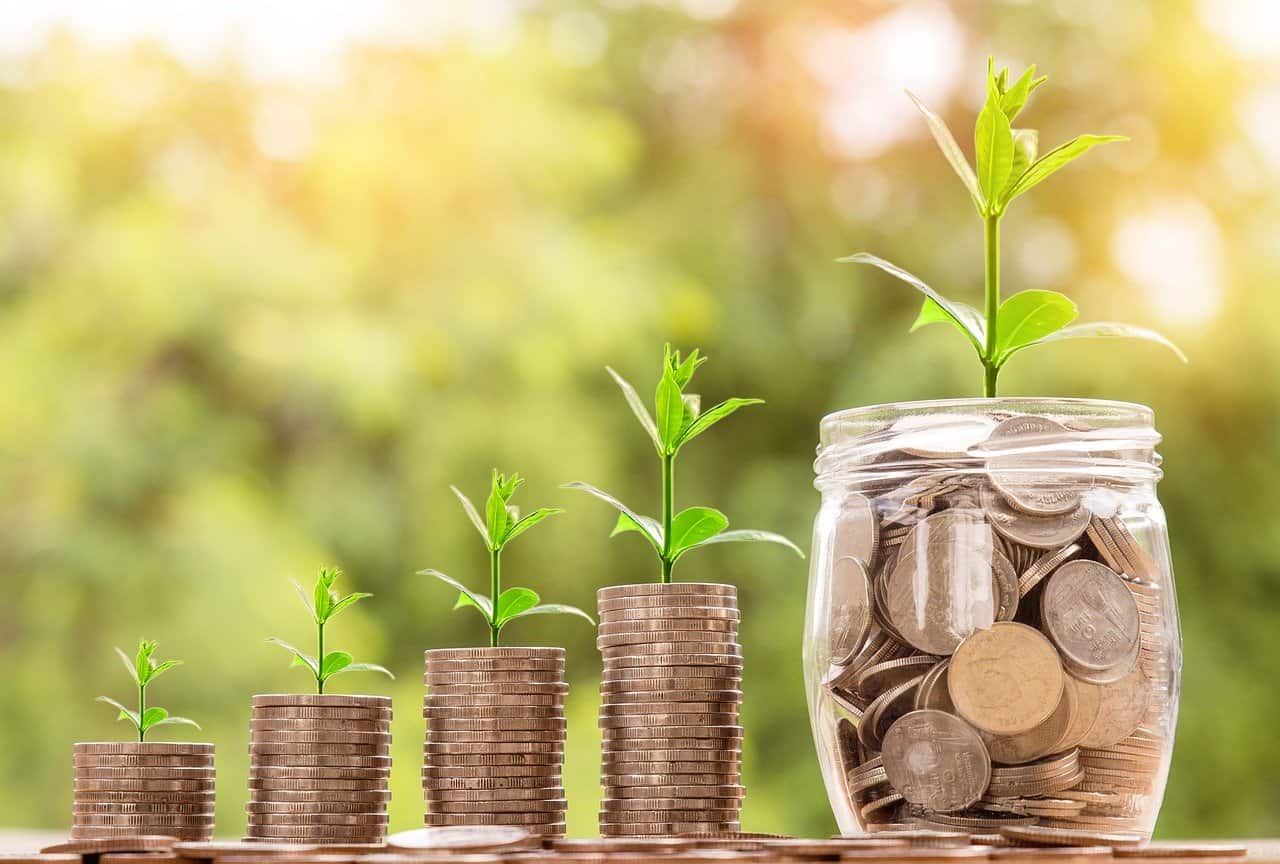 Abuse of a dominant position as an offense of abuse of domination on a market was introduced into French law by the law of 2 July 1963 following the example of the provisions of Article 86 of the EEC Treaty (now Article 82 of the Treaty on European Union). The abuse of a dominant position was decriminalized by the decree of 1 December 1986 relating to freedom of prices and competition which added the offense of abuse of economic dependence.

The abuse of a dominant position and the abuse of economic dependence are now codified in the Commercial Code.

Article L. 420-2 of the Commercial Code prohibits the abusive exploitation by a company or a group of companies:
1) Of a dominant position on the   internal market or a substantial part of it;
2 °) The state of economic dependence in which a client or supplier company finds itself, which does not have an equivalent solution.

These are legislative measures concerning domination as economic violence   and as a factor distorting the game of competition.

The notion of dominant position is not defined by the Commercial Code. The definition is given by case law in accordance with that which has been developed by the authorities and the Community courts.

Dominant position is a position in the market for products or services which gives the company which owns it to a significant degree of independent behavior vis-à-vis its competitors, its customers and ultimately consumers.

Market share is an important element of the dominant position but it must be combined with other factors giving the company autonomy of behavior, such as technological advance, brand awareness or regulatory, administrative barriers, financial or other raising barriers to entry into the market. This is the case for access to an essential resource ( Cass. Com. December 4, 2001 ), to essential infrastructure ( Paris CA June 30, 1998 ) or essential facilities ( Cass. Com. July 12, 2005) .

In order to establish the existence of collective domination in a market, it is necessary to examine the economic links or correlation factors between the companies concerned and, in particular, to verify whether there are economic links between these companies which are theirs. allow us to act together independently of their competitors, customers and consumers. The trial judge must determine whether, in the absence of agreements concluded with their clients, the companies involved had been able to have the possibility of conducting themselves in the market in question, to an appreciable extent, independently of towards their competitors, their customers and consumers ( Cass. com., July 7, 2009 )

The analysis of the position requires the prior definition of the relevant market. This is done according to the criterion of substitutability of the products or services likely to constitute the market.

by determining thus, without investigating whether the passenger transport services between the island of Yeu and the mainland offered by the Régie and by the company VIIV during the summer period were considered by travelers as interchangeable or substitutable because of their characteristics, their price and their use, the Court of Appeal deprived its decision of legal basis  Cass. com. July 13, 2010

The market is defined by the regulator and the courts according to the economic criterion which is the place where the supply and demand of products or services are confronted which are considered by the buyers as substitutable among themselves but not substitutable for other goods. or services offered.

The notion of abuse is not defined by article L. 420-2   which only gives examples.

The Commercial Code cites as an example of abuse, in particular the refusal of sale, tied sales or discriminatory sales conditions as well as the termination of established commercial relations, on the sole ground that the partner refuses to submit to unjustified commercial conditions. . These behaviors are unlawful abuses in themselves.

Among the abuses that are not mentioned, delisting, predatory prices, barriers to entry into the market.

The abuse can be constituted by agreements with large-scale distribution agreements aimed at limiting the access or the maintenance of competing companies ( Cass. Com. December 6, 2005 )

Price policies can constitute abuse if they have the purpose or could have the effect of distorting competition: this is the case with the ” price squeeze ” (see Cass.com. May 10, 2006 )

If the State can collect private rights on the occasion of the communication of public data with a view to their marketing, when this communication can be regarded, within the meaning of the laws on literary and artistic property, as a work of the mind , these rights may not hinder, by their excessive nature, the competitive activity of other economic operators when these data constitute for them an essential resource for developing a product or providing a service which differs from those provided by the State. . In such a case, the collection of excessive private rights constitutes an abuse of a dominant position, disregarding the provisions of Article L. 420-2 of the Commercial Code. ( CE)

the judgment holds that direct marketing operators need both an exhaustive database from which they can constitute, after enriching this database, specific files adapted to customer demand, as well as a service of updating prospecting files in order to reach the greatest possible number of “prospects” and that they all have an interest in these lists being redacted from subscribers registered on the orange list. since, even if the prohibition formulated in article R. 10-1 of the Post and Telecommunications Code is only binding on the holders of files extracted from France Telecom directories, the compliance of a file with the orange list increases its commercial value since it ensures productivity gains for its user, the persons registered on this list being deemed insensitive to this type of solicitation; that the judges deduce that there is a request relating to the access to the list of telephone subscribers envisaged in its function of source file and in that, complementary, of tool for updating existing files; that they add that in this regard, the files marketed by France Telecom had characteristics of completeness and permanent updating which made them incomparable, that no other file available on the market was so large in size, and that France Telecom, which at the relevant time enjoyed a legal monopoly on the fixed-point telecommunications market, was the only one able to provide operators with the list of telephone subscribers, kept up to date and redacted by the names of persons appearing on the orange or saffron list; that inessential resource for operators operating in the Cass prospecting files market . com. December 4, 2001

” by determining by such grounds unfit to establish that economically reasonable alternative solutions, even if they are less advantageous than those from which the NMPP benefit, could not be implemented by the MLP which had admitted before the Council to be able materially and financially to design a software equivalent to Presse 2000 and to have set up a software which would allow them to adapt the quantities delivered to the network and to communicate with the latter, and consequently failing to note that the common core of the software Presse 2000 would be essential to the exercise of the activity of the MLP, the court of appeal did not legally justify its decision  Cass. com. July 12, 2005

the exercise of an exclusive right by its holder may give rise to abusive behavior; that the judgment notes that the practice complained of consists for the company TF1 in subordinating by means of standard clauses inserted in the co-production contracts, its commitment to finance the audiovisual works to the acceptance of the delegate producer to entrust, from the signing of these contracts, the edition and distribution of the work in the form of videograms exclusively to one of its subsidiaries, for a period of up to ten years or even fifteen to eighteen years without making any commitment as to the effective exploitation of the work in this form; that the judgment notes that the TF1 company thus obtains protection against exploitation of rights by a competing company and that the TF1 company has sought to hinder the access of any potential competitor to the market derived from videographic publishing and to guarantee its progress on this market; that judgment still notes that this practice is justified neither by particular necessities with the sector of television nor by the requirements specific to the activity of edition of the videograms; that the judgment observes that the cessation of this practice resulting from the injunction pronounced by the Competition Council does not deprive the TF1 company of its rights as co-producer and broadcaster since it receives its share of revenue from any exploitation of the co-produced work as provided for in the co-production contract, whether the work is exploited in videographic form by itself or by another company and that its copyright is in any event preserved; that in the state of these findings and assessments, from which it follows thatthe contractual practice in question does not constitute the normal exercise of the exclusive reproduction rights of the co-producer but an abuse of this right with a view to distorting competition ,   Cass. com. November 26, 2003

The object or effect of restricting competition

The actual or potential effects on competition must be tangible and caused by the abuse. The anti-competitive effect may be found in a product or service market other than that in which the company concerned occupies the dominant position.

” in the light of these findings and assessments alone, showing the absence of specific circumstances such as to establish a link between the behavior of the company Glaxo on the non-dominated market and the dominant position held by this company on the other market, the Court of Appeal legally justified its decision   Cass. com. March 17, 2009

Article L 420-3 provides for the nullity of any commitment, agreement or contractual clause relating to a practice prohibited by articles L. 420-1 and L. 420-2.

1) Which result from the application of a legislative text or a regulatory text adopted for its application;
2 °) Which the authors can justify that they have the effect of ensuring a  economic progress and that they reserve for users a fair share of the resulting profit, without giving the undertakings concerned the possibility of eliminating competition for a substantial part of the products in question. These practices which may consist in organizing, for agricultural products or of agricultural origin, under the same brand or trade name, the volumes and the quality of production as well as the commercial policy, including by agreeing on a common transfer price. must impose restrictions on competition, only insofar as they are essential to achieve this objective of progress.
II. – Certain categories of agreements or certain agreements, in particular when they are intended to improve the management of medium-sized or small enterprises, may be recognized as meeting these conditions by decree issued after the assent of the Competition Council.

Charging to the company

Anticompetitive practices are blamed on a business, regardless of its legal status and regardless of who operates it ( Cass.com. February 28, 2006 )

An abuse of a dominant position can take place in a market distinct from the dominated one.

The Court of Cassation approves the delimitation of the market operated by the Court of Appeal, geographically and economically. An abuse of a dominant position can be stigmatized even though the consent of the contracted victim of the abuse has not been vitiated.

An abuse of a dominant position may consist of a practice having an anti-competitive object or effect on a market distinct from the one dominated.