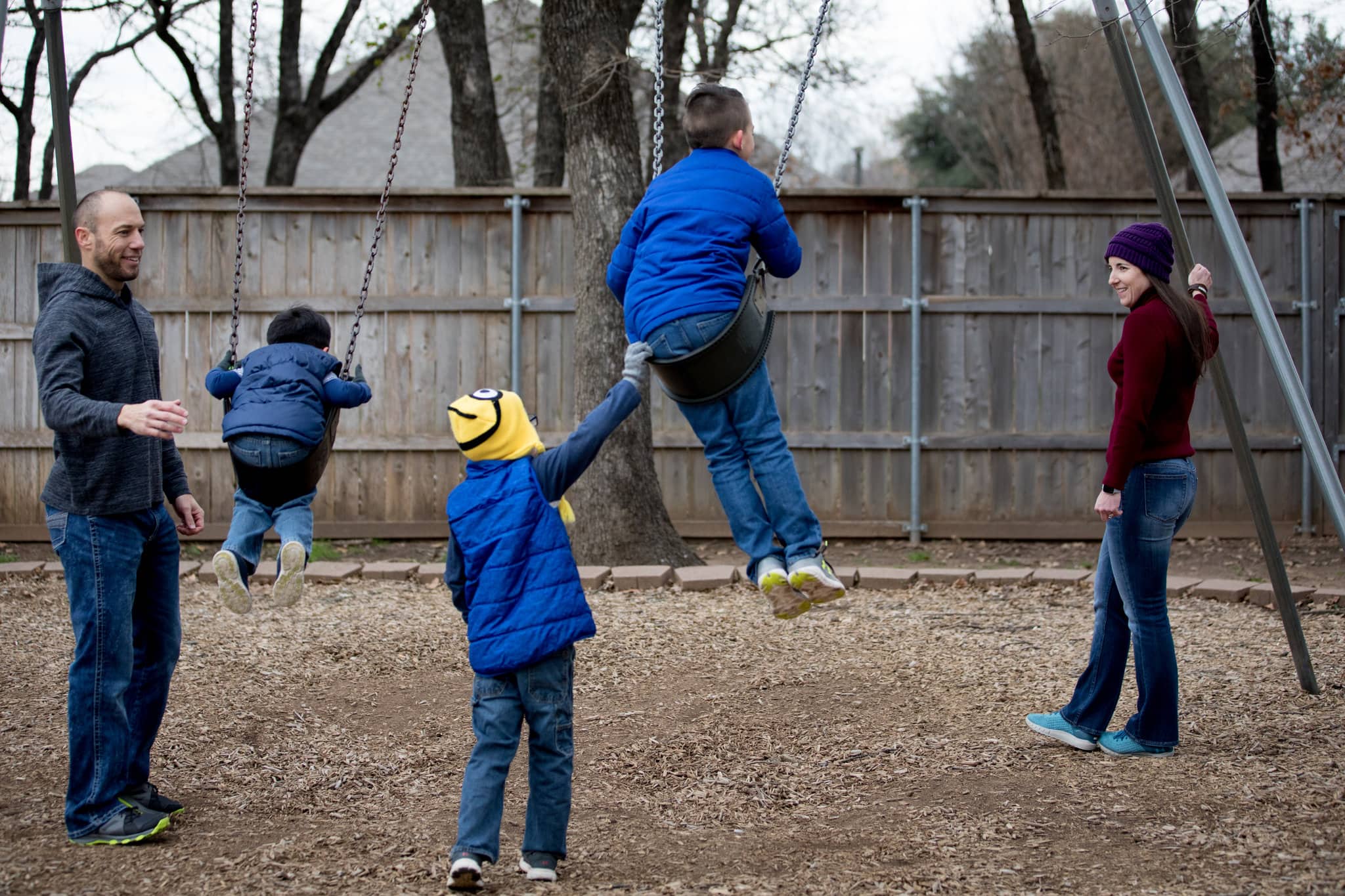 Adoption can be requested by two spouses who are not legally separated, married for more than two years or both over twenty-eight years of age.

Adoption can also be requested by any person over the age of twenty-eight.
If the adopter is married and not legally separated, the consent of his spouse is necessary unless this spouse is unable to express his or her will. This age condition is not required in the event of the adoption of a spouse’s child.

Adopters must be fifteen years older than the children they are proposing to adopt. If the latter are the children of their spouse, the required age difference is only ten years.
However, the court may, if there are good reasons, order the adoption when the age difference is less than those provided for in the previous paragraph.
Adoption by several people

Children who can be adopted

The following may be adopted:
1 ° Children for whom the father and mother or the family council have validly consented to the adoption;
2 ° The wards of the State;
3 ° Children declared abandoned under the conditions provided for in article 350.

When the filiation of a child is established with regard to its father and mother, they must both consent to the adoption.
If one of the two is dead or unable to express his will, if he has lost his rights of parental authority, the consent of the other is sufficient.
When the parentage of a child is established only with regard to one of its authors, the latter gives consent to the adoption.

When the father and mother of the child are deceased, unable to express their will or if they have lost their rights of parental authority, consent is given by the family council, after consulting the person who, in fact, takes care of the child.
It is the same when the filiation of the child is not established.

Consent to adoption is given before the chief clerk of the district court of the domicile or residence of the person who consents, or before a French or foreign notary, or before French diplomatic or consular agents. It can also be received by the child welfare service when the child has been handed over to it.
Consent to adoption can be withdrawn for two months. The withdrawal must be made by registered letter with acknowledgment of receipt sent to the person or service which received the consent to the adoption. Handing over the child to his parents on request, even verbal, is also proof of the withdrawal.
If at the end of the two-month period the consent has not been withdrawn, the parents can still request the return of the child provided that the child has not been placed for adoption. If the person who took it in refuses to return it, the parents can apply to the court which assesses, taking into account the interests of the child, whether it is necessary to order its return. Restitution renders consent to adoption null and void.

Unless there is a relationship or alliance up to the sixth degree inclusive between the adopter and the adoptee, the consent to the adoption of children under two years of age is only valid if the child has actually been handed over to the child welfare service or to an agency authorized for adoption.

The court can pronounce the adoption if it considers abusive the refusal of consent opposed by the parents or by one of them only, when they are disinterested in the child at the risk of compromising the health or the moral.
The same applies in the event of an abusive refusal of consent by the family council.

For wards of the State whose parents have not consented to the adoption, the consent is given by the family council of these wards.

The child taken in by an individual, an establishment or a social assistance service for children, whose parents have clearly shown no interest during the year preceding the submission of the request for a declaration of abandonment, is declared abandoned by the tribunal de grande instance without prejudice to the provisions of the fourth paragraph. The request for a declaration of abandonment must be sent by the individual, the establishment or the child welfare service who took in the child at the end of the one-year period as soon as the parents manifestly lost interest in the child.
Parents who have not maintained the relationships necessary to maintain emotional ties are considered as having manifestly disinterested in their child.
The simple withdrawal of consent to the adoption, the request for news or the expressed but not implemented intention to take back the child is not a sufficient indication of interest to justify the rejection of an application. request for declaration of abandonment. These steps do not interrupt the time limit set out in the first paragraph.
Abandonment shall not be declared if, during the period provided for in the first paragraph of this article, a member of the family has requested to take charge of the child and if this request is deemed to be in the interests of that person. latest.
When declaring the child abandoned, the court delegates by the same decision the rights of parental authority over the child to the child welfare service, to the establishment or to the individual who received the child. child or to whom the latter has been entrusted.
Third party opposition is only admissible in the event of fraud, fraud or error in the identity of the child.

The adoption is pronounced at the request of the adopter by the tribunal de grande instance which verifies within six months from the referral to the court whether the conditions of the law are met and whether the adoption is in the best interests of the child.
In the event that the adopter has descendants, the court further verifies whether the adoption is not likely to compromise family life.
If the adopter dies, after having duly taken in the child for adoption, the petition may be presented on his behalf by the surviving spouse or one of the heirs of the adopter.
If the child dies after having been duly taken in with a view to adoption, the petition may however be presented. The judgment takes effect the day preceding the death and entails only a modification of the civil status of the child.
The judgment pronouncing the adoption is not motivated.

The adoption takes effect from the day on which the adoption request is filed.
If the adopter is a married woman or a married man, the court may, in the adoption judgment, decide, at the request of the adopter, that the name of his spouse, subject to the consent of the latter, will be conferred on the child. The court may also, at the request of the adopter and subject to the consent of his spouse, give the child the names of the spouses in the order chosen by them and within the limit of one surname for each. of them.
If the adoptive parent’s husband or wife is deceased or unable to express his or her will, the court makes a sovereign judgment after consulting the heirs of the deceased or his closest successors.

Rights in the adoptee’s family of origin

Succession of the adoptee

Subsequent establishment of a parentage link

The adoption retains all its effects, notwithstanding the subsequent establishment of a parentage link.

If it is justified on serious grounds, the adoption may be revoked, at the request of the adopter or adoptee, or, when the latter is a minor, at that of the public prosecutor.
The revocation request made by the adopter is only admissible if the adopted child is over fifteen years of age.
When the adoptee is a minor, the father and mother by blood or, failing them, a member of the family of origin up to the degree of first cousin included, may also request revocation.

The judgment revoking the adoption must be motivated.
Its device is mentioned in the margin of the birth certificate or the transcription of the adoption judgment, under the conditions provided for in article 362.

The revocation ceases for the future all effects of the adoption.

Within fifteen days of the date on which it becomes final, the decision pronouncing the simple adoption is mentioned or transcribed in the civil status registers at the request of the public prosecutor.