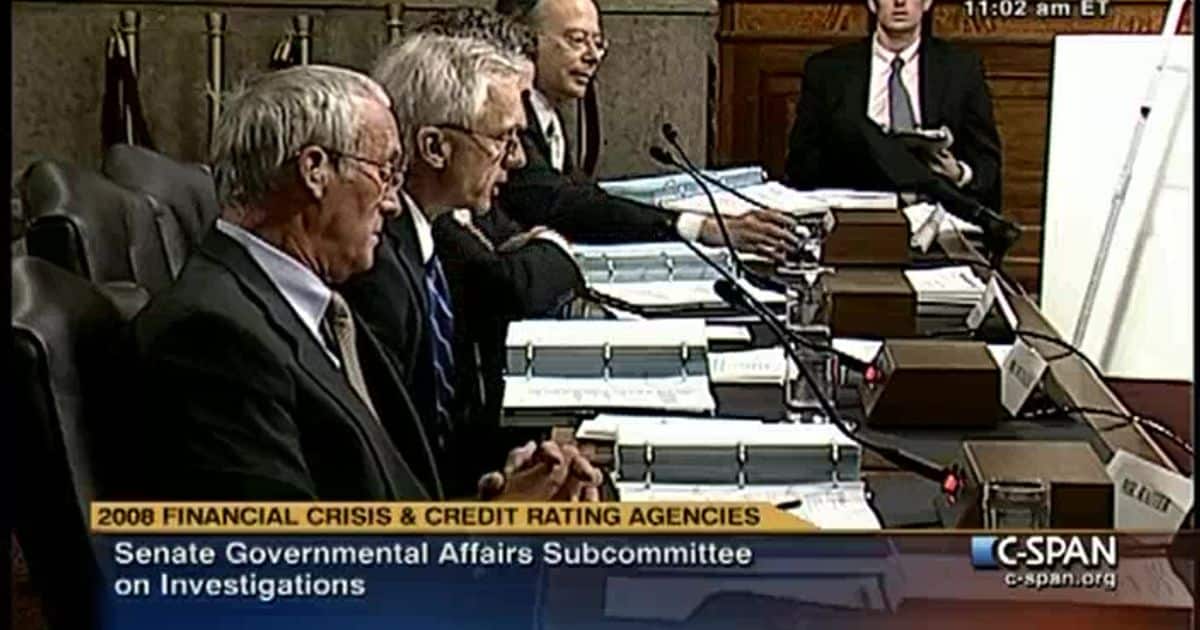 Rating agencies and the subprime crisis

The rating agencies have been criticized for rating collateralized mortgage sureties whose value has plunged. In July 2007 the Chairman of the Senate Banking Committee requested the opening of an investigation into the role of rating agencies in the valuation of mortgage backed securities.

It appears that employees of rating agencies were fully aware that structured transactions were “card houses”.

In June 2007 the three major rating agencies, Standard & Poor’s, Moody’s Investors Service and Fitch Ratings, have masked the emerging losses in the mortgage bond market subprime ( subprime mortage bonds ) by not degrading by the ratings of about 200 billion mortgage backed securities. The three rating agencies maintain the ratings of this $ 200 billion, which however does not meet the rating criteria set when the securities were issued.

Lowering of grades and acceleration of difficulties

The subprime crisis has also once again shown the risks of rating in the context of crises. If we questioned the role of IFRS rules and the use of the marked to market rule in accelerating the crisis, the effects of ratings are even more evident.

The rating agencies defend themselves from increasing the difficulties by lowering their ratings by saying that it is not the thermometer to blame in case of fever. The difference is that the thermometer has no effect on the disease, which is not the case with the lowering of the rating.