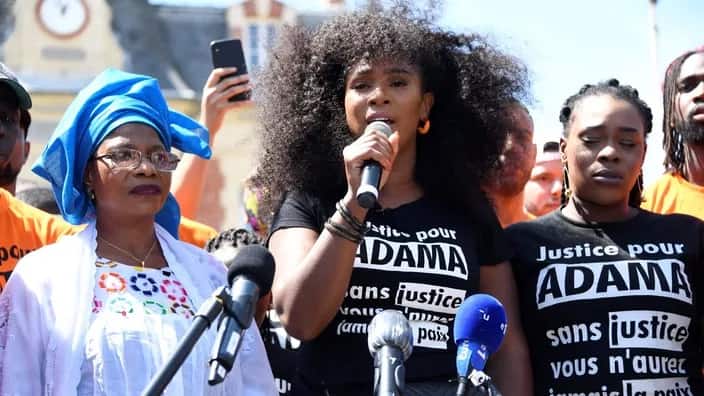 BREACH OF THE PRESUMPTION OF INNOCENCE

Respect for the presumption of innocence and the Civil Code

Article 9-1 of the Civil Code provides in its first paragraph:

“Everyone has the right to respect for the presumption of innocence.” The second paragraph defines the infringement of this principle as the public presentation of a person, before any conviction, as guilty of facts which are the subject of an investigation or a judicial investigation and it enacts the possibility for the judge to prescribe, even in summary proceedings, in order to put an end to the infringement of this presumption, any measure such as the insertion of a rectification or a press release at the expense of the person responsible for the infringement.

This text allows – in addition to the request for damages if necessary – to obtain measures of the “communicated” type without allowing, it seems, to go as far as a seizure or a withdrawal.

The first chamber of the Court of Cassation held that ” only a criminal conviction that has become irrevocable removes the presumption of innocence in relation to the facts which it sanctions ” (Civ. 12 November 1998, Bull. N ° 313).

The provisions of article 65-1 of the law of July 29, 1881 establish, for actions based on an infringement of respect for the presumption of innocence, a specific limitation period which derogates from the common law of the limitation period for actions in civil matters; these provisions, of public order, require the applicant, not only to institute proceedings within three months of the publication of the incriminated comments, but also to perform every three months a procedural act showing the adversary his intention to continue the Ass. Plen. December 21, 2006 The Court of Cassation did not apply this rule to the proceedings, considering that ifit is wrong that the Court of Appeal rejected the means of limitation when it found that Ms. X … had not performed any act interrupting limitation in the three months following the declaration of appeal made by the parties condemned, the censure of his decision is not incurred on this account, since the immediate application of this rule of limitation in the proceedings in progress would result in depriving the victim of a fair trial, within the meaning of Article 6 § 1 of the Convention for the Protection of Human Rights and Fundamental Freedoms, by preventing him from entering a judge.

This judgment is commented on in the report of the Court of Cassation.

Inspired by dispatches from Agence France Presse, a radio station had broadcast, like a regional television station, the following information: ” A lawyer from Toulouse behind bars. Maître Agnès X .. . was indicted and imprisoned in the Versailles remand center. She is suspected of having directly informed drug traffickers … It was during a telephone conversation that the Toulouse lawyer allegedly provided her The examining magistrate in charge of the case speaks of complicity and it is for this reason that Maître X … was indicted and imprisoned. This case is unique, it is necessary to go back six years to remember ‘lawyers indicted and imprisoned:they had passed weapons to the visiting room of a Parisian prison “.

Considering herself defamed and victim of an attack on the presumption of innocence, Ms. X … had brought before the high court in particular the broadcasting company for compensation for its damage on the basis of articles 29, paragraph 1 , of the law of July 29, 1881 and 9-1 of the Civil Code.

a) Legal regime for infringement of the presumption of innocence

The Court of Cassation accepted the validity of the document initiating proceedings comprising, cumulatively, on the basis of the same facts, an action for defamation and an action for compensation for breach of the presumption of innocence.

The Cour de cassation de cassation adopts a different attitude from the one it adopted by excluding the possibility of claiming compensation for damage resulting from abuse of freedom of expression on the basis of article 1382.

This coexistence gave rise to a reversal of jurisprudence, to align the regime of limitation of the infringement of the presumption of innocence with that of press offenses.

The prescription of the infringement of the presumption of innocence is provided for by article 65-1 of the law of July 29, 1881, according to which civil actions based on an infringement of respect for the presumption of innocence committed by the one of the means referred to in article 23 of this law is prescribed after three months from the day of the act of publicity.

The 2 nd civil chamber ruled that these special provisions, of public order, derogating from common law, the period of three months runs again from each act interrupting the abbreviated prescription provided for by this text.

The Cour de cassation thus made a reversal of its previous judgment of 4 December 1996 (Bull. N ° 279). In this judgment which, isolating article 65-1 from the other provisions of the law of 1881, especially its article 65, it had censured a decision of the court of appeal which had declared an action prescribed by noting that no act of prosecution had not been carried out for more than three months after the judgment appealed from. It was deduced from this that the three-month limitation period only applied to the originating summons, which gave rise to a common law limitation period. The judgment of July 8, 2004 rejects this interpretation in order to unify the limitation regime applicable to acts committed through the press.

The second civil chamber finally approved the court of appeal for having decided that the respect for the presumption of innocence of the complainant had been undermined, after having held, in the first place, that the thesis of the guilt of the lawyer was very strongly suggested, first by a catchy and false title, since at the time when the announcement was made the interested party was free, then by the fallacious assertion that her indictment and her imprisonment were motivated by his complicity in drug trafficking, and, finally, by the comparison made with other lawyers imprisoned a few years earlier, for extremely serious facts, and, secondly, that the tone of the press release, voluntarily dramatic, and theinsistence put by its author to present the facts as unique, that is to say exceptional, had had the effect of mobilizing the attention of the listener and leaving him no doubt about the guilt of the person concerned, who was presented as guilty.

The report notes that, in order to achieve this approval of the solution of the substantive dispute, it was necessary for the Court of Cassation, second civil chamber, to innovate in the field of the application in time of its reversal of case law.

b) Scope of the reversal of case law

The Court of Cassation referred to article 6.1 of the European Convention for the Protection of Human Rights and Fundamental Freedoms. Indeed, the immediate application of the short limitation period in the current proceedings would have resulted in depriving the victim of a fair trial, since the latter had not been informed of the need to periodically interrupt the limitation period. the action regularly initiated within three months of the publication of the statements constituting the infringement of the presumption of innocence.

This is why the judgment states ” that if the Court of Appeal was wrong to decide that the applicant did not have to reiterate his intention to continue the action taken on a quarterly basis, the censure of his decision does not is not incurred on this account, since the immediate application of this limitation rule in the current proceedings would result in depriving the victim of a fair trial, within the meaning of Article 6.1 of the European Convention for the Protection of Human Rights. human rights and fundamental freedoms “. The appeal was therefore dismissed.

The commentary on the report notes that the solution does not seem likely to be systematic. On the same date of July 8, 2004, the second civil chamber issued another judgment justifying the application of new case law to pending proceedings in the absence of an acquired right to constant case law (Civ. 2, July 8, 2004 , Bull. N ° 361). Similarly, the social chamber referred to article 6.1 of the European Convention to immediately apply its new case law on non-competition clauses without financial compensation, because of the imperative need to ensure the safeguard and the effectiveness of the fundamental freedom to exercise a professional activity (Soc. 17 December 2004, appeal n ° 03-40.008, to be published in the Bulletin).