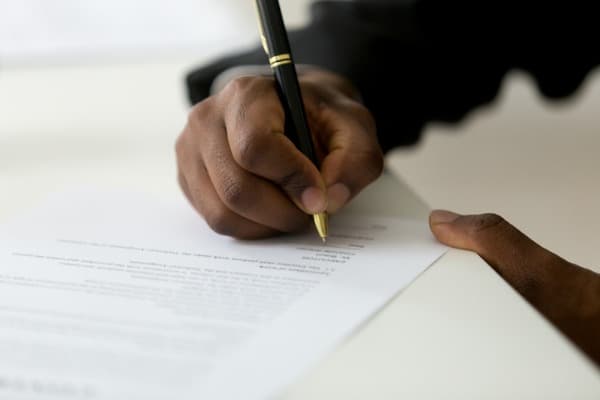 THE EMPLOYMENT CONTRACT WITH A DETERMINED DURATION

A fixed-term employment contract, whatever its reason, cannot have either the object or the effect of permanently filling a job linked to the normal and permanent activity of the company. ( article L 1242-1 )

Case of recourse to a fixed-term contract

1 °  Replacement of an employee in the event of:

a) Absence;
b) Temporary transition to part-time, concluded by amendment to his employment contract or by written exchange between this employee and his employer;
c) Suspension of his employment contract;
d) Final departure prior to the removal of his job after consultation with the works council or, failing that, the staff representatives, if there are any;
e) Waiting for the effective entry into service of the employee recruited under an open-ended contract called to replace him;

2 °  Temporary increase in the activity of the company;

3 ° Jobs of a seasonal nature or for which, in certain sectors of activity defined by decree or by convention or extended collective labor agreement, it is constant practice not to resort to the employment contract of indefinite duration due to the nature the activity carried out and the temporary nature of these jobs;

4 °  Replacement of the head of a craft, industrial or commercial company, of a person exercising a liberal profession, of his spouse actually participating in the activity of the company in a professional and usual capacity or of a non-salaried partner of ‘a professional civil society, a civil society of means or a company of liberal exercise;

5 °  Replacement of the head of an agricultural holding or of a company mentioned in 1 ° to 4 ° of article L. 722-1 of the rural code, of a family helper, of an operating partner, or of their spouse mentioned in Article L. 722-10 of the same code when he actually participates in the activity of the farm or business.

NEED FOR A SINGLE CASE OF REMEDY

TERM OF THE EMPLOYMENT CONTRACT WITH A DETERMINED DURATION

The fixed-term employment contract must include a term fixed precisely from its conclusion.

It may be renewed once for a fixed period which, added to the duration of the initial contract, may not exceed the maximum period provided for in paragraph II of this article.

The conditions for renewal are stipulated in the contract or are the subject of an amendment submitted to the employee before the initially scheduled term. The total duration of the contract, taking into account, where applicable, the renewal may not exceed eighteen months.

FORM OF THE EMPLOYMENT CONTRACT WITH A DETERMINED PERIOD

The fixed-term employment contract must be drawn up in writing and include a precise definition of its reason; failing this, it is deemed to have been concluded for an indefinite period.

Failure to meet the applicable requirements, the fixed-term employment contract will be reclassified as an indefinite contract.