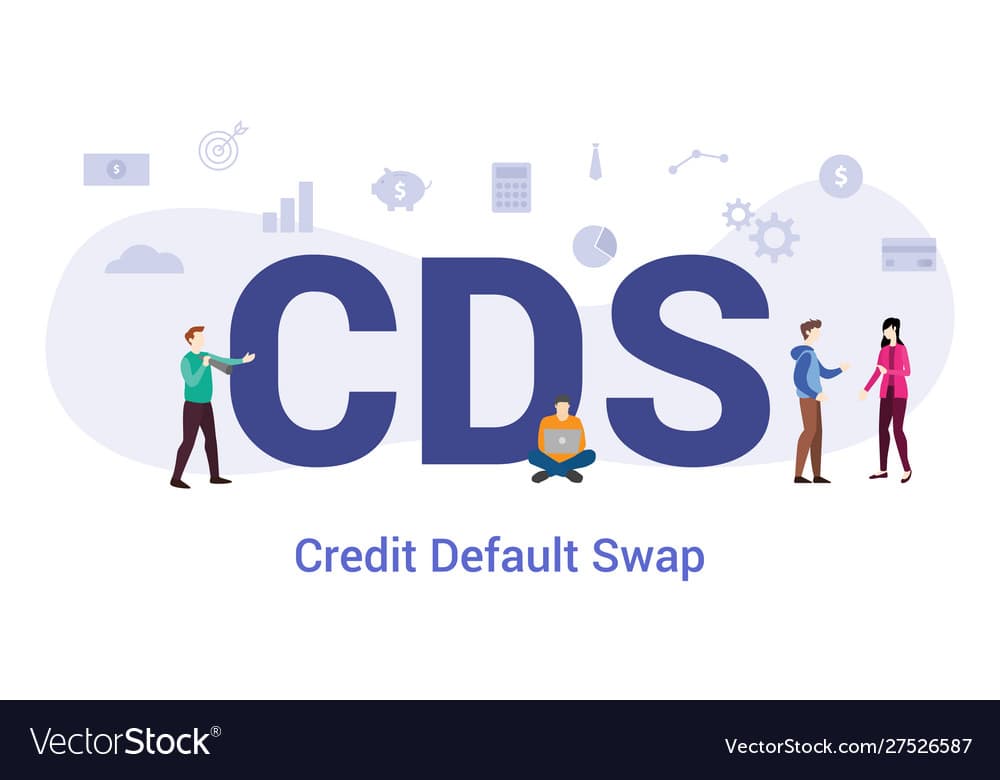 A Credit Default Swap (CDS) is a derivative product contract, it is a swap between two counterparties. One is the ” protection buyer ” or ” fixed rate paye r” who undertakes periodic payments to the “seller” ( protection seller ) or “variable rate payer” ( floating rate pay ) in exchange for a right to a payment ( payoff) if there is a default ( default or credit event) concerning a third party ( reference entity ).

When a triggering event ( credit event ) occurs, the contract is executed by transfer to the buyer of the debt that was the subject of the default against payment of the nominal value ( physical settelement ) or payment of the difference between the nominal is the market value of a bond ( cash settlement ).

The development of the instrument is attributed to the firm which will become JP Morgan Chase. It dates from the 1990s.

The valuation of CDS followed one of two models. One model was the probabilistic model, based on the present value of cash flows weighted by the probability of default. The second used a “no-arbitrage” approach.

CDSs were characterized as operations comparable to insurance. CDS were not considered to be insurance regulation, and regulatory intentions by the SEC and CFTC were overruled by the Commodity Futures Modernization Act2000. Fed Chairman Alan Greenspan insisted that regulators not interfere with these instruments. The CDS market is therefore not regulated and transactions are carried out over-the-counter. This means that CDS operations did not involve any requirement to hold assets to guarantee the performance of obligations resulting from the CDS. CDSs make it possible to speculate on market developments without having to meet prudential obligations with regard to own funds, without any obligation to have established reserves.

Before the crisis these were very profitable operations. A hedge fund could sell $ 100 million of “protection” of junk bonds BBB was earning $ 320,000 in annual premiums. In the event of a claim, it is sufficient for the hedge fund   to put the legal shell or the limited partnership into liquidation.

Hedge funds accounted for 31% of the market and credit enhancers 8%.

CDS have been used in arbitrage techniques. They were also the object of purely speculative operations, based on a bet on the credit quality of a company.

There is no control over the overall amount of contracts. The efforts to organize the market and create a clearing house with margins serving as provisions for operations and a reconciliation of positions at the end of the day were never successful.

The US CDS market was thus equal in amount to total bank deposits worldwide. JP Morgan Chase is the main player in the market with a figure of $ 7 trillion, followed by Citigroup with 3.2 trillion and Bank of America with 1.6 trillion.

A fundamental aspect of CDS is counterparty risk. There is no control over the possibility for the bettor to honor his commitment by verifying that he has the necessary funds. When the counterparty is a fund, for example, it concerns legal shells or limited partnerships. In the absence of assets, the fund will simply go into bankruptcy.

Likewise, in the case of single-line insurances, which were the most important sellers of protection, the lack of sufficient capital demonstrated that the protection sold was not available. Single line insurers do not operate on the basis of risk pooling techniques. Single line insurance is not an insurance transaction because in the “swap” contract no premium is paid. No service linked to the occurrence of a risk is provided, which excludes any possibility of qualification as an insurance contract .

The downgrading of single-line insurance ratings has shaken the entire artificial pyramid of derivatives. It led to the degradation of hundreds of billions of bonds and shook the banks which held bonds of this kind. Banks have sought to support single-line insurers to avoid collateral damage, by passing the bonnneteau;

As far as financial institutions are concerned in the context of the crisis, CDSs function as a bet on the end of firms under the pretext of protecting themselves from the crisis.