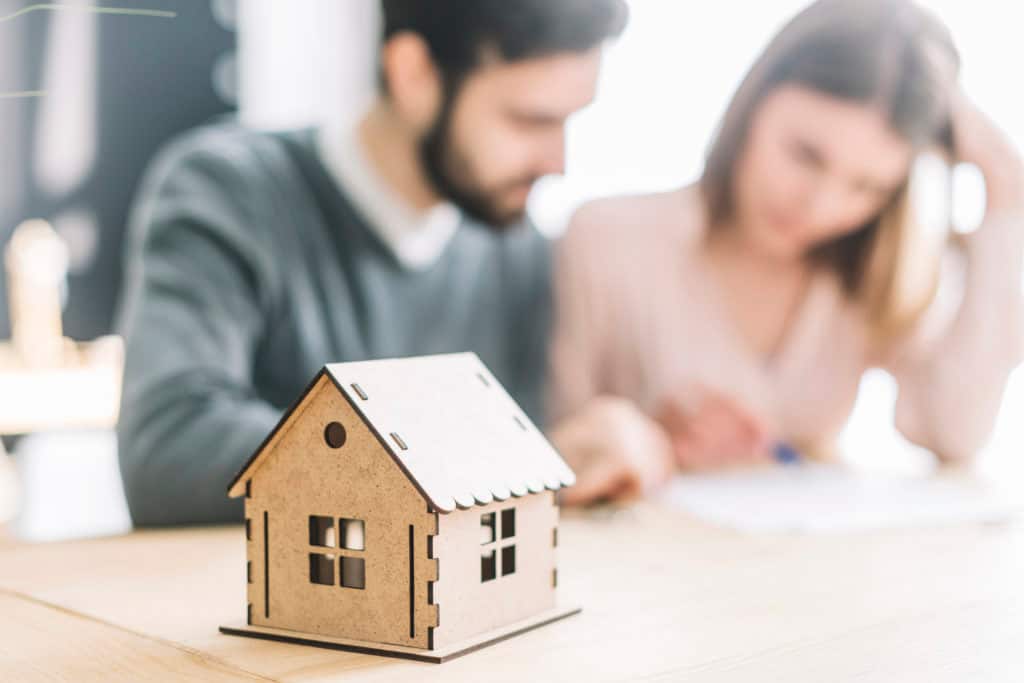 The mortgage is a loan that is granted for the purchase of real estate.

PROTECTION OF THE BORROWER IN MORTGAGE LOANS

Mortgage loans to an individual, for non-professional or commercial use, fall under consumer protection law.

The legislation relating to real estate credit applies to any loan granted in the usual way with a view to financing the acquisition in ownership or enjoyment of a building for residential use or for professional and residential use. It also applies to the subscription or purchase of units or shares of companies giving rise to the allocation of ownership or enjoyment of a building, expenses relating to the construction, improvement or maintenance. of a building as well as the purchase of the land intended for its construction.

Formation of the mortgage contract and formalism

The legislator has imposed a formalism in the formation of the mortgage contract. These provisions are of public order,

The formation of the credit agreement is preceded by formalities:

– a written offer, submitted in duplicate, comprising a certain number of indications intended to provide the future borrower with as complete and detailed information as possible, in particular on the cost of the credit and the conditions of which must be maintained for a certain period by the lender,

– either a minimum reflection period before acceptance, for mortgage loans, or a right of withdrawal within a certain period, for consumer loans,

– possibly, the approval of the borrower by the lender.

The Court of Cassation extended consumer protection to other borrowers. The Court of Cassation decided that the loans governed by Articles L. 312-7 of the Consumer Code were not of a real nature ( Civil Cassation 1, May 27, 1998 ), it decided that the loan granted by a credit professional was not a real contract, allowing the beneficiaries of the borrower, who had only accepted the financing proposal, to benefit from the insurance guaranteeing the repayment of the loan in the event of death (Civ. 1 , March 28, 2000, Bull. N ° 105).

Article L. 312-8, 2 °, according to which the loan offer must specify the terms of the loan relating to the repayment schedule, the Court of Cassation considered that the information of the borrower required the indication, for each maturity, of the share of the amortization of the capital, compared to that covering the interests (Civ. 1, July 20, 1994, Bull. n ° 262), on the basis of the amount of the loan granted, without being able to impose any calculation on the borrower to measure the extent and terms of his eventual commitment (Civ. 1, July 2, 1996, Bull. n ° 283).

This jurisprudential interpretation, which had also applied to irregularity the sanction of nullity of the contract, prompted the intervention of the legislator. Article 87 of the law of April 12, 1996, simultaneously thwarted the effects of this case law on contracts entered into before December 31, 1994, the offers of which, since they included certain indications, were deemed to be regular with regard to the provisions relating to the amortization schedule, and introduces, in Article L. 312-8, 2 ° bis, new provisions, in accordance with the interpretation of case law, providing that the amortization schedule will detail , for each due date, the distribution of the repayment between the capital and the interest, this requirement does not

The first Chamber decided that article L. 312-8 of the Consumer Code does not require the reiteration of the prior offer of the credit offer when, only, the duration of the credit was extended (Civ. 1 , October 8, 1996, Bull. N ° 344). On the other hand, the modification of a loan in the course of execution must give rise to the delivery of a new preliminary offer when the amount or the rate of the credit are modified (Civ. 1, January 6, 1998, Bull. N ° 5) .

The jurisprudence of the Court of Cassation relating to the proof of the bond, in common law, found an echo in the legislative provisions introduced by the law of December 31, 1989, now articles L. 313-7 to L. 313-10 of the Consumer Code, which impose, on pain of nullity, the transcription by the surety of a specific form to ensure its information on the nature, extent and consequences of the commitment it makes.

A surety for an amount greater than the regulatory threshold is not excluded from the benefit of these provisions, it is up to the judges of the merits to seek, since the surety guaranteed separate credit transactions, whether each credit transaction had not was granted for an amount below this threshold (Civ. 1, November 13, 1996, Bull. n ° 395).

The effects of the measures for dealing with over-indebtedness situations are limited to debtors only and the guarantee provided by the surety of a debtor on indebtedness remains effective (Civ. 1, November 13, 1996, Bull. N ° 401; March 3, 1998, Bull. . n ° 82).

it is up to the purchaser to demonstrate that he has indeed requested a loan that complies with the characteristics defined in the promise to sell and that, failing to have requested the granting of such a loan, the condition precedent must be deemed fulfilled by application of article 1178 of the Civil Code Cass.civ. 1 May 7, 2002

loans governed by Articles L. 312-7 et seq. of the Consumer Code do not have the nature of a real contract

The legislator supervises the consequences of the default of the debtor

The main contract concerning the real estate transaction is subject to the condition precedent of obtaining the credit, when the financing by a credit is mentioned. This is a condition whose period of validity cannot be less than one month. And in the event of non-fulfillment of the condition within the agreed period, all sums that the buyer could have paid must be returned to him immediately, without deduction or compensation.

If the borrower declines this offer, the suspensive condition is deemed to be fulfilled by application of article 1178 of the Civil Code (Civ. 1, June 2, 1993, Bull. N ° 198). Likewise, the condition is deemed to be fulfilled when the beneficiary of the condition has not carried out the diligence aimed at obtaining a loan in accordance with the stipulations of the main contract, for which it is up to him to provide proof (Civ. 1 , November 13, 1997, Bull. N ° 310).

The dispute is entrusted to a jurisdiction directly accessible to borrowers

and the exercise of action at a short prescription.

The first Civil Chamber, complying with the case law relating to the obligation to mention in writing the TEG in the loan offer, as it results from the provisions of Article L. 313-2 of the Consumer Code, censured the decision of the court of appeal which had not investigated whether the overall effective rate was indeed included in the contract.

It has above all, giving full effect to the pardon measures provided for in article 1244-1 of the Civil Code and in line with the judgments of the Second Civil Chamber which, if they do not admit that the judge can office grant such deadlines, however, have recognized it discretion to give when requested (Civ. 2, 1 st February 2001, Bull. No. 22), held that these deadlines could be solicited in any cause and therefore for the first time in issue of appeal.

The position taken by the First Civil Chamber allows in particular a borrower who would see his financial situation evolve unfavorably between the decision of the first judges and the decision of appeal to assert, before the court of second degree, the elements of facts likely to allow him to benefit from the provisions of article 1244-1 of the Civil Code.

This interpretation can also be considered to be consistent with the provisions of article 1244-2 of the Civil Code, according to which the granting of grace periods suspends enforcement proceedings.