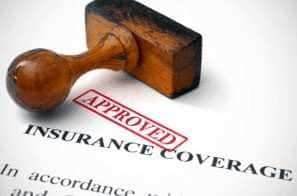 MODIFICATION OF THE INSURANCE CONTRACT

The modalities for modifying the insurance contract are regulated by law.

MODIFICATIONS UNRELATED TO A CHANGE IN RISK

Proposal for modification made by the insurer

The insurer who wants to modify the insurance contract must in all cases obtain the agreement of the insured. This agreement is materialized by an amendment. The insured may, however, refuse the proposed changes. The insurer must then maintain the initial guarantee conditions. On the other hand, he retains the right to terminate the contract at the following annual expiry date.

D alls modification made by the insured

The modification request must be made by registered letter.

The Insurance Code provides for specific rules concerning the acceptance of the insurer. Insofar as his request does not relate to a life insurance contract, the insured may consider it accepted if the insurer does not refuse it within ten days. In other words, the insurer’s silence signifies its acceptance.

CHANGES LINKED TO CHANGES IN RISK

The Insurance Code requires the insured to declare, during the contract, new circumstances which have the consequence of either aggravating the risks or creating new ones. These circumstances make the answers given to the insurer in the risk declaration form at the time of the conclusion of the contract inaccurate or invalid and which were the basis of the pricing.

The insured must declare these new circumstances to the insurer within fifteen days from the moment he becomes aware of them. The insurer must indicate, within ten days, whether it intends to terminate or maintain the guarantee with an increase in the contribution.

In the event of termination, it then takes place ten days after notification.

In the event of a proposal with an increase in the contribution, the alternative is as follows:

Even when the new situation does not constitute an aggravation of risk, the insured retains the possibility of declaring it to his insurer. In the event that, for the calculation of the contribution, the insurer has taken into account certain circumstances mentioned in the contract and these disappear, the amount of the contribution must be reduced.

New guarantees are sometimes imposed by law. In this case, the insured cannot refuse them (for example, natural disasters cover, material damage cover resulting from acts of terrorism and attacks).