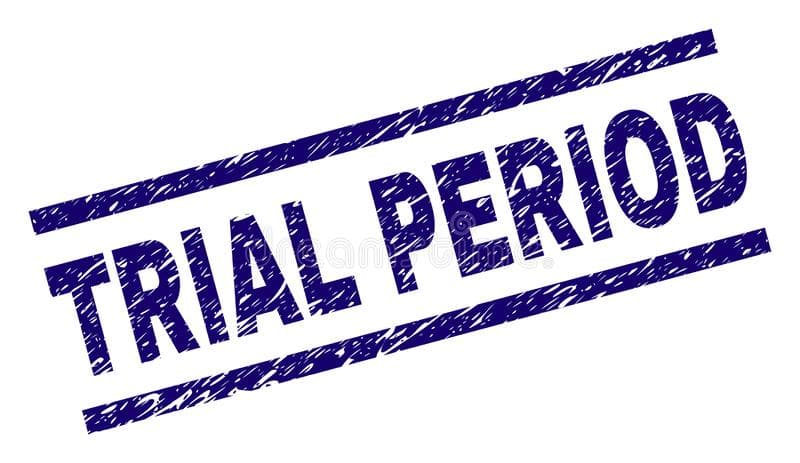 TRIAL PERIOD AND TERMINATION OF THE EMPLOYMENT CONTRACT

The employment contract of indefinite duration may be terminated at the initiative of the employer or the employee under the conditions provided for by the provisions of this title.
These provisions are not applicable during the trial period.

The purpose of the trial period is also to allow the employee to assess his working conditions, but given the employment situation, the ease for an employee to resign and conversely the difficulties of dismissal, the practice is that the initiative for termination during a probationary period is generally that of the employer.

The exercise of the right is abusive when it has been used with an intention to harm or with a blameworthy lightness ( Cass. Soc. June 18, 1996) . The Court of Cassation recalled that ” if the employer may at its discretion terminate the contractual relations before the expiry of the trial period, it is only on condition that this right does not degenerate into abuse “. Cass. soc. May 5, 2004 .

The Court of Cassation considered that the employer who put an end to the contractual relations barely 4 days after the start of the trial period fixed at 3 months, while the dispute which had opposed to the employee was prior to the signing of the employment contract, Cass. soc. May 5, 2004 .

The Court of Cassation also decided “that having noted that the employer had ended the trial period one week after the start of the contractual relationship and that the employee, aged 45, had just resigned from his job previous, that he was undergoing an adaptation period to the techniques of the company and that he had not yet been put in a position to exercise the functions which had been attributed to him, [the court of appeal] was able to decide that the employer had acted with blameworthy levity and abused his right of termination “( Cass. soc. 5 May 2004 ). There is likewise an abusive rupture when ” the Cass.soc. February 16, 2005)

In addition, the right of termination can only be exercised according to the purpose of the trial period. It can therefore be exercised only for a reason based on the fault or professional insufficiency of the employee.

The trial period cannot be used by the employer for economic reasons, because the creation of the position is not justified in fact. The Court of Cassation approved a court of appeal which had qualified as abusive a rupture on the grounds that “the employer had used the trial period for purposes unrelated to the assessment of the skills of the employee”. The termination was thus considered abusive because it had no link with the qualities of the employee ( Cass. Soc. 31 October 2007 ). The termination of the trial period cannot therefore be pronounced for an economic reason ( Cass. Soc. 20 November 2007 ). Proof of the abuse therefore results from the sole fact that the employee has not been replaced, Cass. soc. September 30, 1992 ).

In addition, the employer must, when invoking a disciplinary reason, respect the disciplinary procedure ( Cass.soc. March 10, 2004)

In the event of modification of the employment contract, ‘in the presence of two successive employment contracts concluded between the same parties, or in the presence of an amendment to the first contract, the trial period stipulated in the second contract or in the amendment can only be a probationary period, the termination of which has the effect of replacing the employee in his previous functions ( Cass.soc. March 30, 2005)

The legal provisions which provide exceptional and exorbitant protection of common law to certain employees, by reason of the mandate or the functions they exercise in the interest of all the workers, apply to the termination of the employment contract. at the initiative of the employer during the trial period; this is the case with article L. 122-14-16 relating to the employee’s advisor ( Cass.soc. 26 October 2005 )

Any trial period expressed in days is broken down into calendar days ( Cass.soc. 29 May 2005 )

CNE and abuse of rights