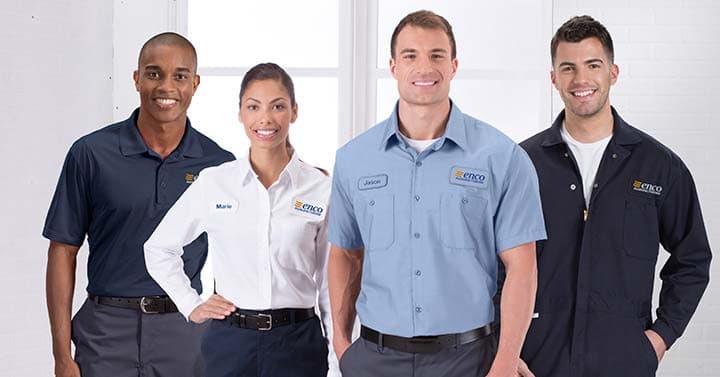 Case law allows the employer a certain control over work dress. Indeed, the judges believe that the freedom to dress is not a fundamental freedom ( Cass.soc. May 28, 2003. Appeal number: 02-40273 )

if, by virtue of Article L. 120-2 of the Labor Code, an employer cannot impose on an employee clothing constraints which are not justified by the nature of the tasks to be performed and proportionate to the desired goal, the freedom to dressing as you wish at the time and place of work does not fall under the category of fundamental freedoms;

And given that the statements both of the judgment of the industrial tribunal and of the contested confirmatory judgment show that the clothing of MX … was incompatible with his functions and his working conditions so that the Court of Appeal has was able to deduce from this that there was no manifestly unlawful disturbance that it was necessary to put an end to; that thus, the court of appeal legally justified its decision  Cass. soc. May 28, 2003

The ban can not be arbitrary and must necessarily be justified by a security requirement or by the interests of the company   .

The employer can restrict the freedom of clothing if it is a question of meeting safety requirements , (for example, in the event of handling of dangerous products ( Circular DRT n ° 5 of March 15, 1983 ) )

The employer can impose constraints related to the exercise of certain functions (for example, for a guarding activity ( Cass.soc. February 18, 1998. Appeal number: 95-43491 ) ).

On the other hand, if one of these conditions is not met, the employee enjoys the freedom to dress in the workplace and to style his hair as he wishes.

However, he must not abuse this freedom by shocking customers. The dismissal is justified when an employee, by his messy outfit, provoked remarks from customers (Cass.soc. February 29, 1984. N ° of appeal: 81-42321).

The dismissal of an employee was justified when he refused to modify his suggestive outfit (in this case, the fact of not wearing a bra under a transparent blouse) (Cass.soc. 27 July 1986. N ° de appeal: 82-43824) .

When wearing work clothes is compulsory and inherent in the job, the employer must pay for their maintenance (Cass.soc. May 21, 2008. Appeal number: 06-44044).