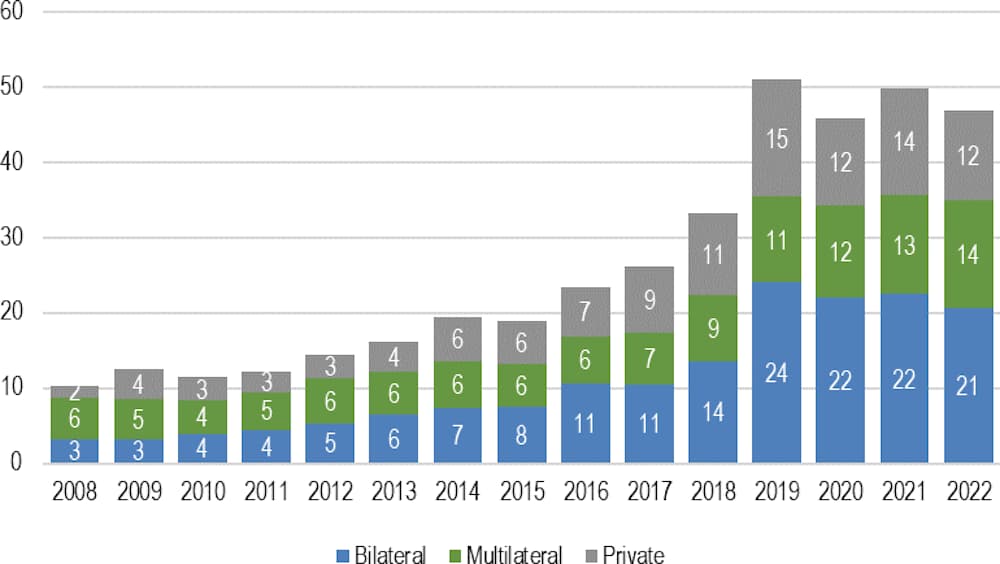 Treatment Of Sovereign Debt In Ldcs

The reaction to the risks of default of the Developing Countries, after Mexico’s declaration in 1982 announcing the end of debt payments, was first to provide new loans to these countries through commercial banks, the IMF and other multilateral funding agencies. The crisis was treated as a liquidity crisis, not a solvency crisis. The objective pursued was to give the countries concerned time to put their finances in order so that they could resume payments within a few years. Countries had to comply with the IMF’s recommendations concerning the increase in taxes, the increase in customs duties,

The second phase reflects the realization that the developing countries were not progressing towards the solution of their debt problems but that, on the contrary, indebtedness was increasing. The new plan, presented by US Treasury Secretary James A. Baker, stressed that new loans to heavily indebted countries should be based on the condition of moving towards a market economy. The $ 9 billion promised by multilateral agencies and the $ 20 billion from commercial banks were subject to changes through reforms tending towards the market economy, and in particular tax cuts, the privatization of public enterprises, the reduction of customs barriers and liberalization of investments.

As early as 1987-88 it became evident that the Baker plan, like the previous plan, had failed to reduce the debt and move towards a situation where the debt could be reduced.

The Secretary of State in the Bush administration announced in 1989 that the only way to deal with the sovereign lending crisis was to encourage banks to make “voluntary” debt reductions by encouraging them to move towards a market economy. . Developing countries were encouraged to liberalize policies in return for reduced commercial debt and in many cases new private and public loans.

The Brady plan has been used by Latin American countries to trade liberal reforms for debt adjustments.

In the typical case of Mexico which served as a prototype for the Brady agreements in many countries, existing loans could be exchanged for 30-year debt reduction bonds that were issued at a 35% reduction from the nominal value. These bonds bore interest at 13/16 above LIBOR. The debts could also be exchanged for bonds bearing interest at 6.25%. Banks could also lend 25% of their 1989 outstanding debt at market rate.

The Brady plan included options to convert the debt into shares of local companies ( debt-equity swaps ).

These plans have enabled banks to limit the depreciation of their receivables. These plans are referred to as market-based solutions.