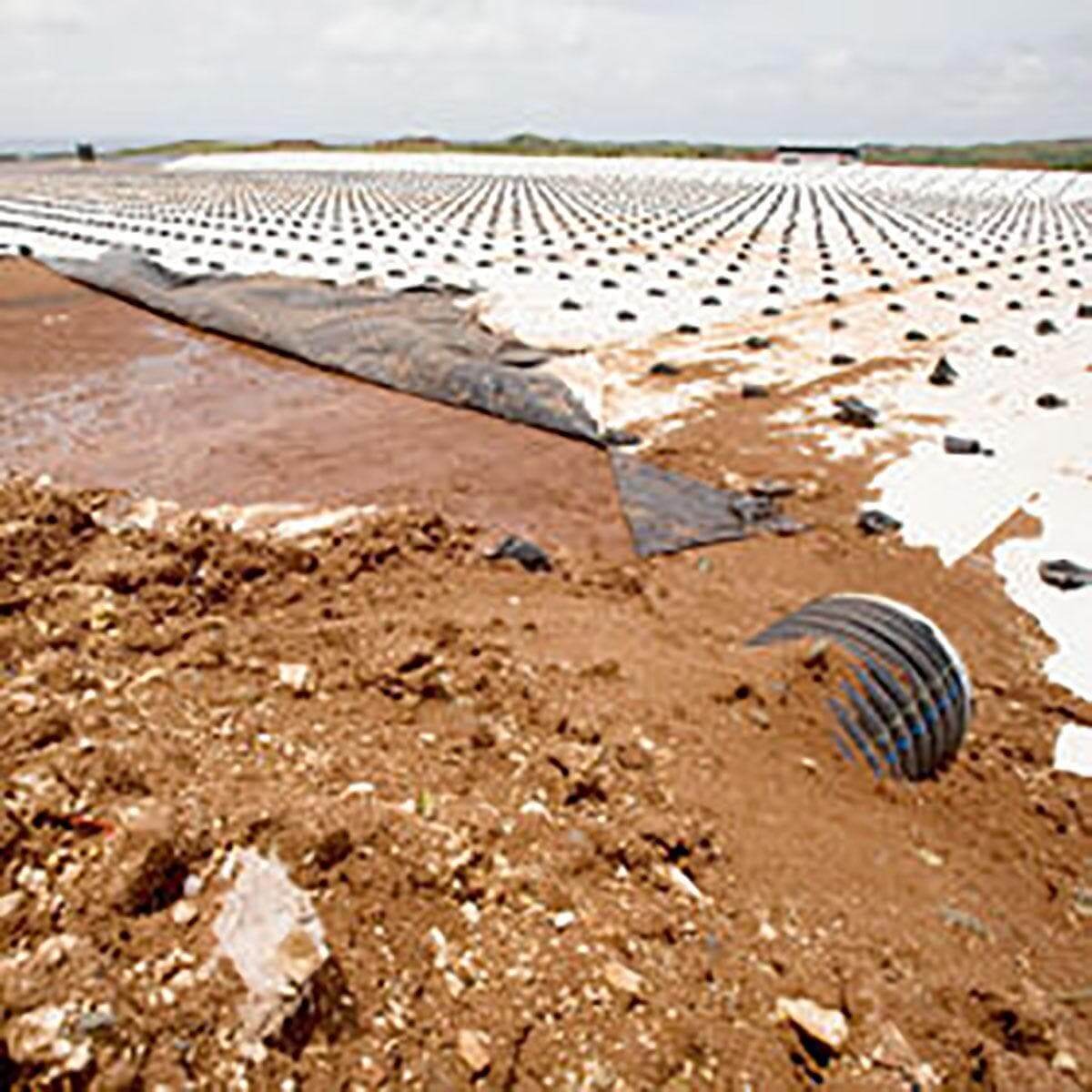 Abs And Extension Of Receivership

in cassation of two judgments delivered on May 20, 1992 and January 11, 1996 by the Poitiers Court of Appeal (correctional appeals chamber), in favor of:

1 ° / of Mrs. Muriel Amauger, taken in her capacity as representative of the creditors of SARL Chasse de la Grand’borde, domiciled at 2 bis-ter, rue Jean Jaurès, 17300 Rochefort-sur-Mer,

Means produced by Me Copper-Royer, lawyer advising for Mr. Prévost

The plea accuses the judgment of May 20, 1992 of the Court of POITIERS to have pronounced the extension of the judicial reorganization of the Company “CHASSE DE LA GRAND’BORDE” to Mr. Christian PREVOST while by judgment of January 11 1996 the POITIERS Court of Appeal acquitted Mr PREVOST on the count of breach of trust and abuse of corporate assets;

ON THE REASONS FOR THE JUDGMENT OF MAY 20, 1992 THAT “‘it should be recalled that on July 16, 1989, the statutes of a limited liability company called” SARL CHASSE DE LA GRAND’BORDE “were signed, the registered office of which was was set “Chez Bluteau” at BERNEUIL 17460. This company had for object the exploitation of the forest domains for tourist and hunting purposes;

“… … that this company was made up of 3 partners, Mr. PAREDE, Mrs. Marie Louis PAREDE wife of Mr. PREVOST, Mr. Christian PREVOST who took the quality of manager;

“… (that) in particular, … by amendment of October 3, 1989, Mr. PREVOST had taken care to clarify that he was” the sole holder of the rental contract signed on July 5, 1989 with the lessor and that therefore, neither the SARL, nor the lessee’s co-partners can claim any personal right vis-à-vis the lessor “;

“… … that it is established that the Company” CHASSE DE LA GRAND’BORDE “ensured the payment of the loans relating to the expenses of closing the property up to 950,000 Frs, said closing remaining acquired to the owner of the ground ;

“… … that he has made property or credit of the legal person, a use contrary to the interest of the latter and that he falls under the provisions of article 182 paragraph 3 of the aforesaid law ;

“… … that Mr. PREVOST acted in his personal interest, and this, to allow him to exploit the hunt and to be the only holder of the lease, and this, without having disbursed the rent relating thereto;

“… … that Me AMAUGER, ex officio, noted that there was no regular accountancy, which constitutes an infringement provided for by article 182 paragraph 5 of the law of January 25, 1985;

“… … that all these facts are abundantly stated and described in the report drawn up by Mr. AMAUGER, ex officio; that this simple report constitutes sufficient proof, especially since Mr. PREVOST does not provide no evidence to the contrary and does not offer to do so;

“… … that it results from the inventory report drawn up after the liquidation of the limited liability company” CHASSE DE LA GRAND’BORDE “, dated October 18, 1990, that this company has no assets at the exception of “a little furniture”;

“… … that Mr. PREVOST tries to justify himself of a lack of accounting by a letter of March 21, 1991 signed by a legal counsel HENNEMANN; that this correspondence only indicates that Mr. PREVOST would have” hand delivered to Mrs. PAREDE a file including invoices, checkbook stubs from Crédit Mutuel as well as bank account statements and a file including VAT declarations “;

AND ON THE REASONS OF THE JUDGMENT OF JANUARY 11, 1996 THAT “the first judges have, for just reasons that the Court adopts, released Mr. PREVOST of the count of breach of trust;

“… (that), for the sake of prevention, … it emerges from the documents in the file and the discussions that Mr. PREVOST had, at first, envisaged individually exploiting a forest estate reserved for hunting; that it is with this in mind that he negotiated with two companies that own adjoining land for the rental of this forest estate; that at the end of this negotiation he personally signed the disputed leases;

“… … that at the same time Mr. PREVOST realized that he did not have the financial means to carry out a commercial operation of this magnitude;

“… … that it follows from the testimony of the representative of CREDIT MUTUEL OCEAN that it is this bank which took the initiative to advise Mr. PREVOST on the creation of a commercial company; that, taking into account of the refusal of the lessors to sign commercial leases, it is also the banker and an accounting firm, the CERCO, which encouraged Mr. PREVOST to create a family SARL at the disposal of which the leases signed by Mr. PREVOST would be made;

“… … that it follows from the testimony of this same banker that this was a financial arrangement usually used to raise funds and circumvent the refusal of landowners to sign commercial leases, and that this operation would have failed only because of the dissensions of the couple PREVOST-PAREDE;

“… (that) in the same way … the hearings of the employees of CREDIT MUTUEL OCEAN and of CERCO, reveal that the couple PAREDE and their daughter were kept informed of the precise nature of their commitments;

“… (that) also … a registered letter sent by Mr. PREVOST on April 10, 1990 to the lessors and added to the file by them reveals that on that date Mr. PREVOST tried to increase the rights of the SARL on the leases simply made available to it; that this approach is incompatible with the intentions given at that time to the accused by the civil parties;

“… … that it follows from these elements that the proof of the bad faith of Mr. PREVOST during the constitution of this limited liability company and until the date of June 25, 1990, deadline fixed by the prevention, is by no means established; that it appears that the SARL created between Mr. PAREDE and the PREVOST spouses was in no way fictitious and that the business transaction thus created failed, in particular as a result of serious family dissensions which resulted in the divorce of the husband PREVOST; that if the accused can be reproached for having, after June 25, 1990, attempted to dispose of the disputed leases as if they were personal property, these facts fall outside the scope of prevention;

“… (that) finally … it follows from the documents in the file and the discussions that Mr. PREVOST acquired a horse paid by check drawn on the account of the SARL of which he was the manager; that when this horse was been resold, the check representing the sale price was given by Mr. PREVOST to his wife, Mrs. Marie-Louise PAREDE who in 1989 was in charge of the company’s accounts; which the defendant’s wife herself deposited this check on a joint account opened in the name of the PREVOST spouses and which was used to operate a game farm;

“… … that these circumstances do not allow to say that on this occasion Mr. PREVOST would have, in bad faith, made property of the SARL a use contrary to the interests of this one;

“… (that) consequently … the facts covered by the prevention are not susceptible of any criminal qualification; that Mr. PREVOST must be dismissed for the purposes of the prosecution for all the offenses with which he was accused ;

“… … that, taking into account this discharge decision, the civil provisions of the judgment will be confirmed; that there is no need to apply the provisions of article 475-1 of the Code of Procedure Criminal “(judgment p. 6, and p. 7 paragraphs 1 to 5);

WHEREAS the appeal against two decisions, one of which emanates from the civil judge and the other from the criminal judge is admissible when, even not rendered in last resort and while none of them is subject to an ordinary appeal , they are irreconcilable and lead to a denial of justice; that when the annoyance is noted, the Court of Cassation annuls one of these two decisions or, if applicable, both; that by judgment dated May 20, 1992, the Court of POITIERS pronounced the extension of the receivership of the Company “CHASSE DE LA GRAND’BORDE” to Mr. PREVOST on the grounds that he had “acted in his personal interest” notwithstanding the provisions of the lease, and “makes use of the property or credit of the legal person contrary to the interest of the latter”; that however, by judgment of January 11, 1996, the Court of POITIERS acquitted Mr. PREVOST of the count of breach of trust and abuse of corporate assets on the grounds that it was not allowed to deduce from the circumstances of the dispute that ‘he would have “in bad faith, made use of the property of the LLC contrary to its interests”; that these two judgments are irreconcilable and that the one of May 20, 1992 should be annulled by application of article 4 of the Civil Code.

But given that the judgment pronouncing the receivership of Mr. Prévost, in application of article 182 of the law of January 25, 1985 in the version applicable in the case, and the judgment relieving him of the counts of breach of trust and abuse of corporate assets are not irreconcilable in their execution ; that the means is unfounded;

Considering article 700 of the new Code of Civil Procedure, rejects the requests of Mrs. Amauger, ex officio, and of Mr. and Mrs. Parède;

On the report of Mrs. Lardennois, advisor, the observations of Mr. Copper-Royer, lawyer of Mr. Prévost, of Mr. Delvolvé, lawyer of the Parède couple, of Mr. Vuitton, lawyer of Mrs. Amauger, ex officio, the conclusions of Mr. Viricelle , General Counsel ; M. DUMAS, President.