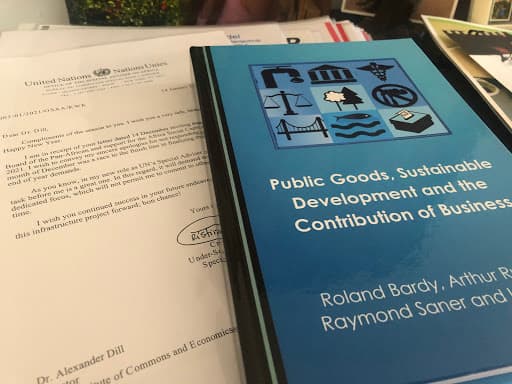 Ruling on the appeal brought by: – ​​Pxxxx Bernard,

against the judgment of the indictment chamber of the Paris Court of Appeal, dated December 29, 2000, which, in the information followed against him on counts of influence peddling, concealment of abuse of corporate assets and breach of trust, confirmed the order for provisional detention issued by the investigating judge; Considering the brief produced;

“in that the judgment under appeal rejected the request for release presented by Bernard Pxxxx;

intervention as a person in charge of a public service mission, a company placed under the dual supervision of the Ministry of the Economy and Finance and the Ministry of the Interior; that, contrary to the terms of the report, which states that Bernard Pxxxx was in a situation of “quasi trochardisation”, the person concerned who owns very many real estate, received, between the months of May 1998 and December 1999, a monthly allowance of 30,000 francs paid by Assedic, and that he occupied offices in the Bxxxx companies, and that he had carried out a consultancy mission for Saxxxx; that the information requires many acts that they must continue without any fraudulent consultation and pressure, that Arcadi Gxxxx co-responsible for the company Bxxxx, is the subject of an international arrest warrant, that any disappearance of evidence in a particularly complex case should also be avoided; that pre-trial detention is the only way to meet the above requirements; that this detention is also necessary to prevent the repetition of similar facts and to ensure the presence in all the acts of the procedure of the appellant who is able to receive, taking into account the penalties incurred, an effective assistance, in particular, of the men and network structures set up in this affair as can be seen from the documents in the file; that the judicial review is in this case completely insufficient to meet the requirements cited above, that consequently the business order will be confirmed (judgment, pages 7 and 8);

“1 ° / while provisional detention can only be ordered when the offense, because of its gravity, the circumstances of its commission or the extent of the damage it has caused, has caused exceptional and persistent disturbance public order; that, therefore, by limiting himself to stating, in this case, that Bernard Pxxxx “appears” to have made the company Bxxxx and its facilitator Pierre-Joseph Fxxxx benefit from the prerogatives and influence that he had acquired as responsible for Sxxxx and his capacity to intervene as a person entrusted with a public service mission, to deduce from this that serious indications give rise to the presumption of the participation of the accused in the facts with which he is accused, the chamber ofaccusation which is determined by a dubious reason insusceptible to characterize an exceptional and persistent disturbance to public order, has not legally justified its decision;

“2 ° / while provisional detention can only be ordered when the offense, because of its gravity, the circumstances of its commission or the extent of the damage it has caused, has caused exceptional and persistent disturbance public order, to which detention is the only way to put an end; that, therefore, by limiting himself to indicating that Bernard Pxxxx “appears” to have made the company Bxxxx and its facilitator Pierre-Joseph Fxxxx benefit from the prerogatives and of the influence he had acquired as responsible for Sxxxx and of his capacity to intervene as a person entrusted with a public service mission, to deduce that there are serious indications that the accused’s participation in the facts which are accused, without specifying in what way the detention would be thethe only way to put an end to the public disturbance caused by the offense, the indictment chamber deprived its decision of any legal basis “;

Whereas the statements of the contested judgment put the Court of Cassation in a position to ensure that the indictment chamber was determined by considerations of law and of fact meeting the requirements of articles 143-1 and following of the Code criminal procedure;

On the report of the counselor ARNOULD, the observations of the professional civil society DELAPORTE and BRIARD, lawyer in the Court, and the conclusions of the lawyer general LAUNAY; M. COTTE president.