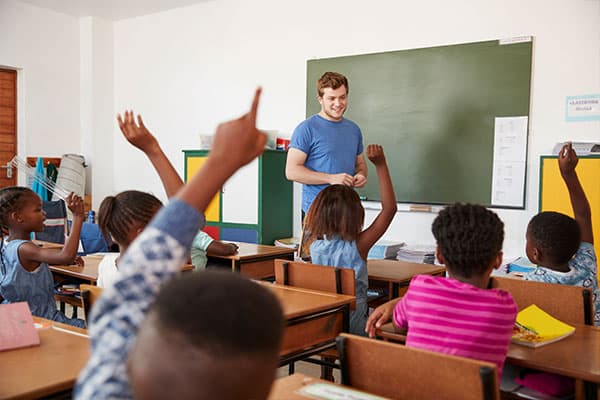 Ruling on the appeal brought by: – ​​Cxxxx Emmanuel,

against the judgment of the indictment chamber of the MONTPELLIER court of appeal, dated July 6, 2000, which, in the information followed against him for breaches of the Labor Code and abuse of social property, rejected his request for annulment of procedural documents; Considering the ordinance of the president of the criminal chamber of October 19, 2000 prescribing the immediate examination of the appeal;

On the sole ground of appeal, taken from the violation of articles 53, 56, 76 and 593 of the Code of Criminal Procedure, lack of reasons and lack of legal basis;

“in that the judgment under appeal rejected the request of Emmanuel Cxxxx tending to see the annulment of report n ° 435-99 of flagrant offense and incidental seizure dated March 8, 1999, as well as the whole procedure subsequent;

“on the grounds that under article 53 of the Code of Criminal Procedure,” is qualified as a flagrant crime or misdemeanor the crime or the misdemeanor which is being committed or which has just been committed. There is also a flagrant crime or offense, when in a time very close to the action, the person is pursued by public clamor, or is found in possession of objects, or presents traces or clues, suggesting that he participated in the crime or misdemeanor “; that the search carried out in the course of flagrante delicto proceedings gives the right to carry out a seizure relating to another offense only in the case of flagrant offense; only ‘case, it is common ground that the ELNE gendarmes acted in the context of flagrante delicto proceedings for the offense of covert work, concealment of salary, lack of declaration prior to hiring; that the investigators searched regularly, at the headquarters of the company Pxxxx and at the home of Emmanuel Cxxxx; that on this occasion, they discovered various documents showing presumptions of abuse of social goods, and abusive use of employees either for the personal account of Emmanuel Cxxxx, or by a company to the detriment of another; that these offenses, even if some of them had started before, were of a continuous nature (use of motorcycles, boat, labor) allowing the judicial police officer to be within the framework of flagrance to proceed at seizure, for subsequent use, all documents useful for the manifestation of the truth; that the argument developed in support of the request which tends to contest, basically, the existence of the offense of abuse of corporate assets is therefore inoperative, the documents discovered in the possession of Emmanuel Cxxxx being such as to accredit the existence, against it, of offenses of a continuing nature, therefore existing at the time of their apprehension;

“whereas, to be able to act within the framework of the procedure of flagrante delicto, and to implement the powers envisaged in articles 53 and following ones of the Code of penal procedure, a judicial police officer must have had, beforehand, knowledge of apparent indications of behavior revealing the existence of an offense in the process of or having just been committed; that these indications cannot therefore result from the flagrance investigation previously carried out; that the indictment chamber could not immediately then decide that the flagrance investigation for misuse of corporate assets was justified by the documents seized within the framework of this investigation, on the grounds that these documents constituted apparent signs of behavior revealing the existence of an infringement of ‘abuse of corporate assets in the process of being committed “;

Having regard to article 53 of the Code of Criminal Procedure;

Whereas, according to this text, only is qualified crime or flagrant offense the crime or the offense which is currently committed or has just been committed; that it is the same when, in a time very close to the action the suspected person is found in possession of objects or presents traces or indices letting think that it participated in the crime or misdemeanor;

Whereas it follows from the judgment under appeal and from the procedural documents that, in the context of a procedure for flagrante delicto of an infringement of the labor legislation, the investigators seized during a search at the headquarters of the limited liability company Pxxxx, of which Emmanuel Cxxxx is the manager, and at the domicile of the latter, various documents relating to a boat belonging to the company and held by the person concerned, others concerning two mopeds belonging to an Exxxx company, bank statements including payments of funds from the company Pxxxx to Emmanuel Cxxxx as well as reciprocal movements of funds between the company Pxxxx and an Axxxx company; that the investigators carried out a new investigation of flagrant misuse of corporate assets,

Whereas, in order to reject the request for annulment of acts, the indictment chamber states that the documents seized revealed presumptions of abuse of corporate assets, proving the existence against Emmanuel Cxxxx of ‘continuing offenses existing at the time of apprehension;

But given that by pronouncing thus, while the only facts noted, which did not sufficiently characterize the offense provided for by article 425 of the law of July 24, 1966, now article L.241-3 of the Commercial Code, do not could reveal the existence of an offense meeting the definition given of flagrant crimes and misdemeanors by article 53 of the Code of Criminal Procedure, the indictment chamber misunderstood the meaning and scope of the aforementioned text;

BREAKDOWN and CANCELED, in all its provisions, the aforementioned judgment of the indictment chamber of the Montpellier Court of Appeal, dated July 6, 2000, and for it to be tried again, in accordance with the law;

REFERS the case and the parties to the investigative chamber of the Toulouse Court of Appeal, to that designated by special deliberation taken in the council chamber;

ORDERS the printing of this judgment, its transcription on the registers of the clerk’s office of the instruction chamber of the Montpellier Court of Appeal, and its mention in the margin or following the annulled judgment;

On the report of the counselor SCHUMACHER, the observations of the professional civil society RICHARD and MANDELKERN, lawyer in the Court, and the conclusions of Mrs the general counsel FROMONT;   M. COTTE president.