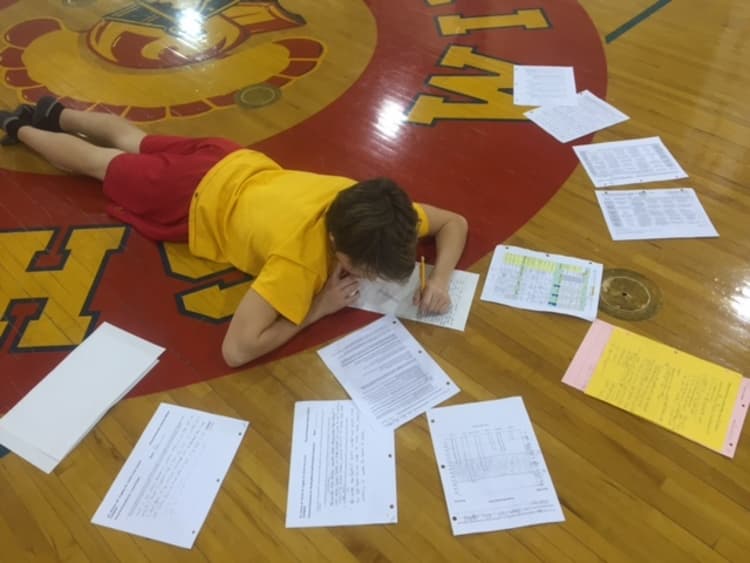 ASSESSMENT OF THE POSSIBILITIES OF RECLASSIFICATION

Whereas the company Damez criticizes the judgment under appeal for having ordered it to pay Mr. Ganeau a sum as damages for dismissal without real and serious cause in addition to the reimbursement of compensation paid by ASSEDIC then, according to the plea, that an employer can only be ordered, under his reclassification obligation, to pay damages to an employee dismissed for economic reasons when there is a vacant position within the company to which the dismissed employee could have claimed on account of his skills, qualifications and professional experience; that the Damez companies demonstrated that Mr. Ganeau did not have the necessary skills to occupy the jobs for which it had had to recruit, the hiring of 1, January 17 and February 1, 1993 requiring certain knowledge of construction and insurance; that by retaining, to condemn the company Damez GTM to pay 276,705 francs in damages to Mr. Ganeau for non-compliance with his obligation to reclassify, that the company had hired executives of the same level of responsibility and that the employee had very broad skills without investigating whether Mr. Ganeau had the necessary and appropriate skills and knowledge to perform precisely this function, the Court of Appeal deprived its decision of legal basis with regard to Articles L. 321-1 of the Labor Code and 1134 of the Civil Code; whereas, the possibilities of reclassification must be sought on the date of dismissal; that by blaming society for the fact that it did not offer the 1, 17 January and 1 February 1993 to the employee the positions to be filled while on that date, the employer was not yet considering this dismissal and was not required to seek reclassification possibilities, this obligation not exercised until March 10, 1993, that is to say on the date of dismissal of Mr. Ganeau, the court of appeal deprived its decision of legal basis with regard to article L. 321-1 of the Code of job ; whereas the obligation of reclassification weighing on the employer is a simple obligation of means and diligence; that it can not be condemned to pay damages as such to the employee dismissed when it is the latter which by his passivity and his offhand behavior has failed his own reclassification; that he does not it was not disputed that the company Dumez GTM, in accordance with the provisions of its social plan, had carried out massive reclassifications; that the Court of Appeal also fully noted that Mr. Polito, director of the employment office set up as part of the social plan in 1993, had personally taken care of the reclassification of Mr. Ganeau by widely distributing his curriculum vitae within and outside the group, by obtaining interviews with the human resources department of the Cofreth and Degremont companies and of employment agencies and by sending them in particular a hiring proposal from the company Ariane Espace; that by affirming that the Dumez GTM company had not satisfied its obligation of reclassification without seeking, as it invited it to do, if it was not Mr.

And given that having noted that in the period between the date on which the works council consultation procedure began and that of the notification of the dismissal, the company Dumez had proceeded by means of external recruitments to the hiring of executives of the same level of responsibility as that of Mr. Ganeau without taking advantage of any element likely to prevent him from offering him one of these positions, the Court of Appeal was able to decide that the employer had not satisfied to his reclassification obligation and that the dismissal was for no economic reason;

That the plea is unfounded;

But on the second way

Whereas in order to condemn the Dumez company to pay the employee damages for non-compliance with the rehiring priority, the Court of Appeal states that it emerges from the documents duly submitted to the proceedings that, in particular, Mr. Suprin was hired on April 1, 1993 as project director for the Middle East sector and that he was responsible for Libya for which Mr. Ganeau was previously responsible, that the company Dumez does not report any relevant element having prevented her from making the offer of the said post to Mr. Ganeau, the obstacles relating to the practice of the Arabic language valid for the post of Mr. Prot hired on March 1, 1993 as Deputy Director for the Middle East. being not valid for the post which she entrusted to Mr. Suprin which it is not claimed thathe mastered the Arabic language, but only that he had a long experience of this region of the market while Mr. Ganeau had a very long experience in international affairs, which it follows from the above that the Dumez company did not not respected the rehiring priority;

Whereas, however, that the priority of rehiring is imposed on the employer only from the day when the employee, in accordance with article L.321-14 of the Labor Code, requested to benefit from it;

From where it follows that by ruling as it did, without checking whether, before is not filled by the employer a post which it considered it. could be offered to the employee under the rehiring priority ”he had expressed the desire to use this priority, the court of appeal did not give a legal basis for its decision;

BREAK AND CANCELED, but only with regard to the claim for damages for violation of the priority of rehiring, the judgment delivered on January 27, 1997, between the parties, by the Court of Appeal of Versailles; returns, consequently, as for this, the cause and the parts in the state where they were before the aforementioned judgment and, to be done right, returns them before the court of appeal of Paris.