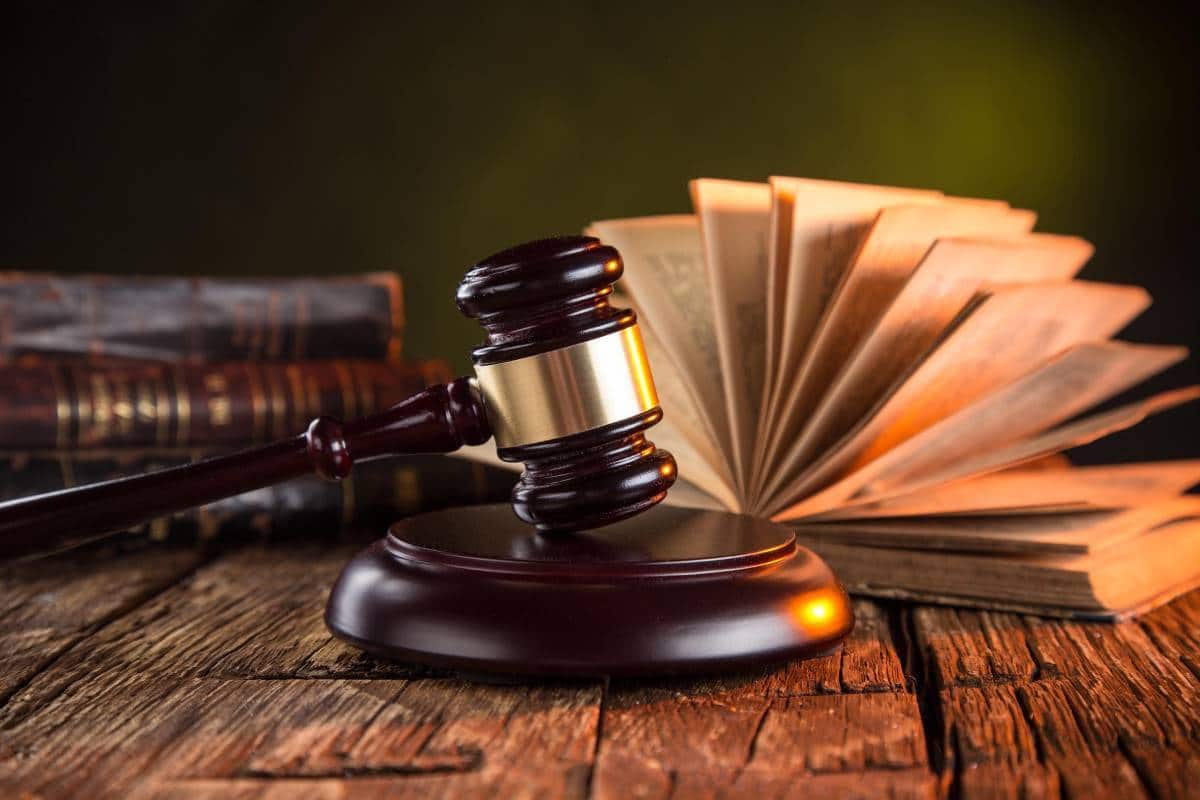 Directory Of Jurisprudence I

Whereas, according to the judgment under appeal (Paris, June 27, 2000) that the company Vidal organized since 1985 a professional fair entitled “assures expo”, putting in relation insurance companies, brokers as well as the general public; that considering himself the victim of a boycott practice emanating from the French Federation of Insurance Companies (FFSA) which, in the form of a letter addressed to its members, had asked them not to participate in this fair, a practice likely to come within the scope of article 7 of the ordinance of December 1, 1986 relating to freedom of prices and competition, the company Vidal referred the matter to the Competition Council; that by decision of October 6, 1992, confirmed by judgment of the Paris Court of Appeal of November 26, 1992, the Competition Council ordered the FFSA to send its members a letter expressly canceling the terms of the letter of March 8, 1991 that the company Vidal denounced as being the alleged boycott practice; that by decision n.99-D-68 of November 9, 1999, the Competition Council held that the proceedings were dismissed, considering that it had not been established that the practice complained of had an anti-competitive object or an appreciable effect on competition;

Whereas the company Vidal criticizes the judgment for having rejected its appeal for annulment of the decision of 9 November 1999 by which the Competition Council decided that there was no need to continue the proceedings initiated in against the FFSA on the basis of article 7 of the ordinance of December 1, 1986, now article L. 420-1 of the Commercial Code, then, according to the plea, that it belongs to the Council of the competition, dealing with practices likely to be qualified as a prohibited cartel, to determine the relevant market in which the practices complained of are exercised and to justify its decision on this point, with regard to the referral; that the act of referral expressly indicated that the Assured exhibition allowed the exercise of

But given that the Competition Council is not bound by the qualifications proposed by the author of the referral; that having found that the Competition Council had given reasons for its decision on the insurance market, from which it appears that it carried out the delimitation of the relevant market, as it was incumbent on it, by a reasoned decision in view of the elements contradictorily discussed before him, the court of appeal does not incur the grievance of the means;

On the second plea, taken in its three branches:

Whereas the company Vidal criticizes the judgment for having rejected its appeal for reform of the decision of 9 November 1999 by which the Competition Council decided that there was no need to continue the procedure initiated at against the FFSA on the basis of article 7 of the ordinance of December 1, 1986, now article L. 420-1 of the Commercial Code, then, according to the means,

1) that even involuntarily, the eviction of a market operator and the elimination of a place of confrontation of offers and requests, participating in the transparency of the market, are sufficient to characterize an anti-competitive practice; that on the basis of the FFSA’s unwillingness to exclude from the market the company Vidal, almost all of whose turnover comes from the “insured expo” fair, to deny an anti-competitive nature to the practices of the FFSA, the court of appeal added a condition that article 7 of the decree of December 1, 1986 (now article L. 420-1 of the new Commercial Code) does not include and violated it;

2) that constitutes a boycott characterizing a prohibited practice the slogan sent by a professional body, strongly representative in the insurance sector (the FFSA), inviting its members to defer until the exchange of views with the organizers for a more important opening to the “general public” then, in view of the position of the company Vidal, incorrectly presented by the company FFSA, as for the maintenance of the character of “meetings of the brokerage” attached to this event, to decide on their participation in the Assure expo fair;

that the slogan of the FFSA won a massive disaffection of the members and the abolition of the show, place of confrontation and simultaneous presentation of the products offered by the various categories of insurers and brokers, and that such abolition of this annual gathering intended for the competition of the various operators, is, in itself, likely to restrict the play of competition, whatever the considered market; that for having decided otherwise, on the grounds that the planned event did not have the same commercial vocation as the Assure expo fair, the court of appeal violated article 7 of the decree of December 1, 1986 (now article L. 420-1 of the new Commercial Code);

3) that in its conclusions of appeal, the company Vidal argued that by sending its members, on April 18, 1991, a letter inviting them to draw all the consequences, in particular as regards participation in the 1992 trade fair, of a alleged refusal of the organizing company of the Assure expo fair to develop this event in the direction desired by it, the FFSA had implemented a boycott policy; that by examining therefore the lawfulness of the object of the practices imputed to the FFSA in the light of the letter of March 8, 1991 alone, without examining whether the desire to obstruct the organization of the Assure expo fair did not emerge from the letter of April 18, 1991, announcing the failure of negotiations with the company Vidal, yet still ongoing, the court violated the

But whereas the boycott constitutes a deliberate action to oust an operator from the market; that having considered that the practices argued of boycott by the company Vidal could not be thus qualified since the will of eviction of the company Vidal by the FFSA was not established, the court of appeal, which pronounced on all the facts denounced by the company Vidal, thus responding to the conclusions allegedly omitted, ruled correctly; that the means is founded in any of its branches;

And on the third means, taken in its four branches:

Whereas the company Vidal still makes the same complaint to the judgment, then, according to the means:

1) that the market in which only one supplier operates can be recognized as a relevant market for assessing the anti-competitive nature of a practice; that by subordinating proof of the existence of a market for the organization of exhibitions to the presence on this market of several organizers, the Court of Appeal infringed Article 7 of the ordinance of 1 December 1986 ( now Article L. 420-1 of the new Commercial Code);

2) that the eviction of a market operator and the abolition of a gathering place where the products offered by insurers and intermediaries are presented simultaneously are sufficient to characterize an anti-competitive practice affecting the identified market; that following the letters sent in 1991 by the FFSA to its members and the opening of a show at the initiative of this federation, the company Vidal had to stop presenting its own insurance show and was squeezed out of the market, this show having been abolished; that in deciding however that the disappearance of the Assure expo trade fair did not significantly affect the market for the distribution of insurance products, the court violated article 7 of the decree of 1 December 1986 (now the

3) that in its conclusions of appeal, the company Vidal argued, followed in this by the Paris Court of Appeal in the decision of November 26, 1992, with a view to establishing the anti-competitive effect of the practices attributed to the FFSA on the insurance product distribution market, that the “Assure expo” fair was for brokers and even more so for provincial brokers, a unique opportunity to learn about the products offered by the various insurance companies. insurance and competition by forging business relationships with new companies; whereas considering therefore that the insurance product intermediation market could not have been significantly affected by the disappearance of the “Assure expo” trade fair,

4) that the elimination of a place of confrontation and presentation of insurance products, which participates in the requirements of market transparency, characterizes the harm to competition on the insurance market in general, small the number agreements concluded at this location or the existence of other distribution channels; that in deciding that the abolition of the Assure expo fair had not significantly restricted competition on the insurance market in general, the Court of Appeal violated article 7 of the ordinance of 1 December 1986 ;

But expected, first, that contrary to the statements of the first branch of the means, the Court of Appeal did not subordinate the determination of a relevant market to the existence of several suppliers on this market; that the grievance is lacking by the fact which serves as its basis;

Whereas, secondly, that the Court of Appeal, which holds that the activity of insurance intermediary which requires a permanent search for insurance contracts with companies, cannot be limited to an annual meeting, has was able to deduce, after a sovereign analysis of the operating conditions of such an activity and thus responding to the allegedly omitted conclusions, that the disappearance of the “assure-expo” trade fair could not significantly affect a market for the distribution of products from assurance assuming the existence of such a market has been established;

And expected, in the third place, that having retained that on the insurance market in general, the “assure-expo” fair was mainly frequented by professionals from the world of insurance for whom the fair, if it constituted However, an annual convenience did not represent a real commercial outlet insofar as there were only a few distribution agreements negotiated there, the Court of Appeal was able to deduce that the disappearance of this meeting place had not significantly affects the functioning of competition in the market in question;

That it follows from there that the means is not founded in any of its branches;

Orders the company Vidal to pay the costs;

Considering article 700 of the new Code of Civil Procedure, rejects the request of the Minister of Economy, Finance and Budget as well as that of the company Vidal;

Thus done and judged by the Court of Cassation, Commercial, Financial and Economic Chamber, and pronounced by the President in his public hearing on October twenty-second, two thousand and two.