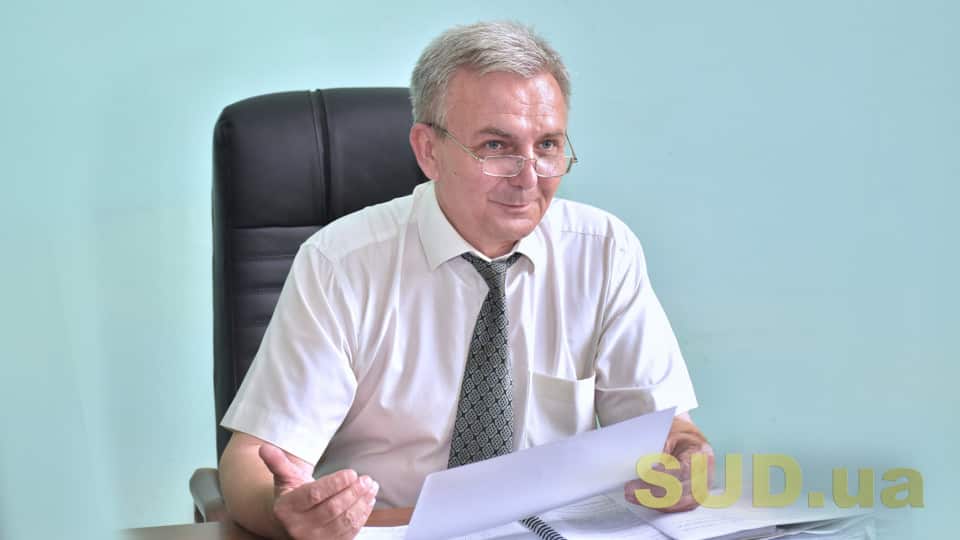 in cassation of a judgment rendered on October 8, 1999 by the district court of Nogent-sur-Seine, in favor of:

Means produced by the SCP Parmentier and Didier, lawyer with the Councils, for Mrs. Fernande Taieb, wife Aiello.

The appeal accuses the judgment under appeal of having dismissed Mrs AIELLO of her demand for compensation directed against Mr AUBERT;

FOR THE REASONS THAT an inert thing can not be the instrument of a damage if the proof is not reported that it occupied an abnormal position or that it was in bad state; that in the present case, it is established by the documents poured in the debates that the letterbox that hit Madame AIELLO’s head had dimensions of 260 x 260 x 340 mm in accordance with the AFNOR D 27405 standard and was fixed on the perimeter wall of Mr AUBERT’s property at a height of 1.43 meters corresponding to the prescriptions of the PTT administration; that the sidewalk above which this letterbox was located is 1.46 meters wide so that pedestrians passing at its height have a width of 1.12 meters to move; that

1 °) ALORS THAN the responsibility of the guardian is engaged since the inert thing was in any way and if only in part, the instrument of the damage; that in order to dismiss Madam AIELLO from her request based on article 1384 paragraph 1 of the Civil Code, the Court states that the letterbox which had the dimensions in conformity with the standards, occupied a normal position on the wall and did not present any excessive overflow likely to cause a hindrance in the movement of pedestrians, could not play a causal role in the realization of the accident of which Mrs. AIELLO was victim; by ruling thus while noting that Mrs AIELLO had seriously injured her forehead by hitting the letterbox fixed on the wall of the house of Mr AUBERT with her head,

2 °) WHEREAS the letterbox of a local resident fixed to the wall at 1.43 meters in height and which exceeds 40 centimeters in width on the sidewalk leaving only 1.12 meters of passage for pedestrians occupies an abnormal position ; that by deciding on the contrary that the letterbox, of regulatory dimensions, did not present any excessive overflow likely to cause an inconvenience in the movement of pedestrians and could not have played a causal role in the accident of which Mrs AIELLO was a victim , the Court violated article 1384 paragraph 1 of the Civil Code.

Whereas, according to the judgment under appeal rendered as a last resort, that Mrs. Aiello was injured by hitting Mr. Aubert’s letterbox which overflowed by 40 centimeters and at a height of 1.43 meters on a sidewalk 1.46 meters wide ; she asked Mr. Aubert compensation for his damage;

Whereas, in order to reject the request, the judgment states that the letter box, meeting the requirements of the “PTT administration”, which occupied a normal position and had no excessive overflow likely to cause discomfort, could not play a causal role in causing the accident;

That by ruling thus, whereas it resulted from its own findings, that the letter box had been, by its position, the instrument of the damage, the Tribunal violated the aforementioned text;

Orders Mr. Aubert and the primary health insurance funds (CPAM) of Aube and Vaucluse to pay the costs;

Considering article 700 of the new Code of Civil Procedure, rejects the request of Mr. Aubert;

Said that on the diligence of the Attorney General near the Court of Cassation, this judgment will be transmitted to be transcribed in the margin or following the judgment quashed;

On the report of Mr. Dorly, advisor, the observations of SCP Parmentier and Didier, lawyer of Mrs. Aiello, of Me Balat, lawyer of Mr. Aubert, the conclusions of Mr. Kessous, general counsel; Mr. BUFFET, President.

On the appeal brought by: 1 ° / Mr Wilhemus Liebrand, residing 18 Wagnerstraat, Haaksergen Ax 7482 (Netherlands), 2 ° / the Dutch State, represented by the Ministry of Finance of the Netherlands, whose seat is Korte Voorhoyut, 7, The Hague (Netherlands), acting on behalf of the Minister of National Education, employer of Mr. Liebrand, in cassation of two judgments delivered on November 21, 1994 and June 29, 1998 by the court of appeal from Chambéry (civil chamber – 1st section), in favor of: 1 ° / of the company Groupement d ‘interest économique’ GIE ‘du Center commercial Chamnord, having its registered office at 1097, avenue des Landiers, 73000 Chambéry, 2 ° / de la company Axa assurances IARD Mutuelles, under the rights of the company Les Mutuelles Unies, having its registered office: 76240 Elbeuf, defendants at the cassation;

The applicants invoke, in support of their appeal, the single plea of ​​cassation annexed to this judgment;

The contested judgment is criticized for having, by confirmation of the judgment undertaken, dismissed Mr LIEBRAND and the DUTCH STATE of their claims directed against the GIE CENTER COMMERCIAL CHAMNORD, and its insurer the Company AXA ASSURANCES IARD MUTUELLES;

FOR THE REASONS THAT Mr. LIEBRAND hit the window constituting the side wall of an entrance hall of the shopping center, that this window broke and that Mr. LIEBRAND was seriously cut to the left arm and the right thigh; that the fixed window being an inert object, it is up to Mr. LIEBRAND, to establish the causal link between the fact of the thing and the damage he suffered, to prove that the thing had an abnormal character, or that it was in an abnormal position or suffered from a defect or lack of maintenance; that it is not established that the window suffered from a vice, or that it would have been badly assembled or that it was already weakened by a previous shock; that the request for additional expertise in which a mannequin would have been projected on a glass panel was rightly rejected by the adviser of the state; that it is not possible to reconstitute with certainty the behavior of Mr. LIEBRAND in the absence of witness to the shock, so that at least for this reason, no certain conclusion could have been drawn from such projection tests ; that the injuries of Mr. LIEBRAND do not allow to exclude that he advanced at high speed when he hit the panel; that according to expertise, no ignorance of the DTU is characterized; even adjoining the doors, the panel, taking into account its width greater than one meter fifty, did not fall within the requirements of Articles 3.21 and 3.22 of the DTU; that he does not neither does it appear that the professional uses and the recommendations of TECMAVER invoked by Mr. LIEBRAND would have been ignored; that if the expert’s opinion cannot be followed when he considers that the fact for Mr. LIEBRAND to walk along the facade to access the airlock was unpredictable, abnormal or faulty behavior, it follows from the plans of the premises only for people taking the path followed by Mr. LIEBRAND, the location of the doors and the existence of a glass wall on the side of these could not escape their perception; that Mr. LIEBRAND does not report the proof that at the time of the accident the design of the panel was in any way abnormal; that if he could have been dazzled to the point of no longer discerning what was in front of him,

1 ° ALORS THAN even inert, the thing constitutes the instrument of the damage when the latter is the consequence of a contact between the thing and the victim; that by retaining, in order to reject Mr LIEBRAND’s claims for compensation, that the latter did not provide any supporting document capable of reversing the presumption of the passive role of the glass wall in the injuries from which he had suffered while noting that Mr LIEBRAND had injured in the left arm and the lower right limb following the breakage of the glass wall which he had collided with, which resulted on the one hand from the existence of contact between the victim and the glass, and ‘apart from the fact that the latter had been the instrument of the damage suffered, the Court of Appeal did not draw the legal consequences which

2 ° WHEREAS in any event, it is only if it has the characteristics of force majeure that the fault of the victim exempts the custodian of the thing from the responsibility incurred due to the active role held by the thing in the realization of the damage; that by retaining, to reject the request for expertise formed by Mr. LIEBRAND in order to determine if the window had behaved abnormally dangerous, that the requested investigative measure would not be conclusive, since nothing excluded that Mr. LIEBRAND walked quickly and that the breakage of the glass was caused by this haste, when, the circumstances of the accident remaining undetermined, the only possibility of the fault of the victim does not

3 ° WHEREAS by limiting itself to affirming that it did not appear that professional uses and especially the TECMAVER recommendations invoked by Mr. LIEBRAND would have been ignored, without aiming or even summarily analyzing the documents on which they were based, the judges of the merits violated article 455 of the new Code of Civil Procedure.

On the single means taken in its first branch:

Having regard to article 1384, paragraph 1 of the Civil Code;

Expected, according to the judgment under appeal that Mr. Liebrand, who entered the shopping center of GIE Chamnord (the GIE) through an airlock, hit a side wall glass, which broke and injured him; that he sued for liability and compensation for his damage the GIE and its insurer, Axa assurances; that the Dutch State, which had paid him benefits, requested reimbursement;

Whereas in order to reject the requests on the grounds that the victim did not demonstrate that the thing had been the instrument of the damage, the judgment held that the glass wall was fixed, that Mr. Liebrand did not establish that it had a character abnormal or that its finish presented this character, or that it was affected by a defect or a lack of maintenance, no ignorance of the unified technical document (DTU), professional uses and recommendations of ‘Tecmaver’ n ‘having been noted;

That by ruling thus, while the intervention of the glass wall in the realization of the damage arose from its own findings, the Court of Appeal violated the aforementioned text;

FOR THESE REASONS, and without there being any need to rule on the other branches of the plea:

BREAK AND CANCELED, in all its provisions, the judgment rendered on June 29, 1998, between the parties, by the Chambéry Court of Appeal; returns, consequently, the cause and the parts in the state where they were before the aforementioned judgment and, to be done right, returns them before the court of appeal of Grenoble;

Considering article 700 of the new Code of Civil Procedure, rejects the request of the company Groupement d ‘interest économique (GIE) of the Chamnord shopping center and the company Axa assurances IARD Mutuelles; orders them to pay Mr Liebrand and the Dutch State the sum of 15,000 francs;

Said that on the due diligence of the Attorney General near the Court of Cassation, this judgment will be transmitted to be transcribed on the sidelines or following the quashed judgment.

On the report of Mr. Dorly, advisor, the observations of SCP Gatineau, lawyer of Mr. Liebrand and the Dutch State, of the SCP Célice, Blancpain and Soltner, lawyer of the company Groupement d ‘interest économique (GIE) of the Chamnord shopping center and of the company Axa assurances IARD Mutuelles, coming to the rights of the company Les Mutuelles Unies, the conclusions of Mr. Monnet, general counsel, and after having deliberated in accordance with the law; M. GUERDER, Dean’s Councilor, acting as President.