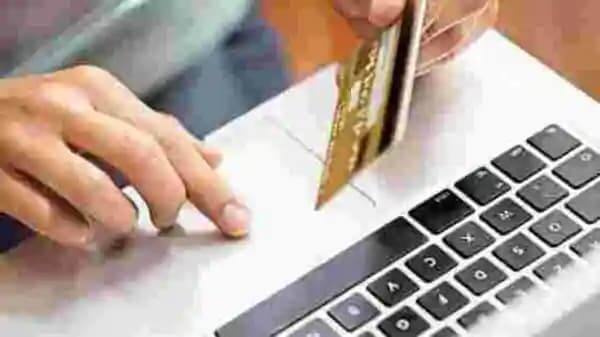 against the judgment of the AIX-EN-PROVENCE court of appeal, 5th chamber, dated September 13, 2000, which, for breach of trust, sentenced him to 4 months’ suspended imprisonment and ruled on civil interests; Having regard to the briefs produced, in demand and in defense;

“in that the judgment under appeal declared Philippe Nxxxx guilty of breach of trust;

other purposes than the reimbursement of the civil party, the defendant disposed of sums of which he was only the precarious holder and this despite the stipulations of the contract; that Philippe Nxxxx recognized during his interrogation of first appearance financial difficulties from 1993 of the company X, even if the latter were not, according to him, insurmountable and likely to result in suspension of payments; that the intentional element of the offense results from his knowledge of the precarious situation of his company, of his debt to Y and of the deliberate use he made of the funds collected for the sale of tickets to other purposes than the reimbursement of the civil party; that it is, therefore,

to have obtained delays from the commercial court to discharge its debt to SA Compagnie Y; he made, finally, plead through his counsel the absence of fraudulent intent; that results from the admission of Philippe Nxxxx that he used funds cashed from the month of November 1992 to January 1994 is 552 525.01 francs for the needs of his society; it appears that Philippe Nxxxx took the risk of not being able to represent the price of the tickets of which he was only the precarious holder and that he caused damage to SA Compagnie Y; it matters, moreover, that the funds thus dissipated had not personally benefited Philippe Nxxxx; what’ fraudulent intention results finally from the knowledge by the accused of the situation seriously overburdened by the company X Côte d’Azur, since the year 1992, since it admitted that the latter had since that date cash flow difficulties; that it is not without interest to note that the judge of summary proceedings of the Commercial Court of Nice, by order of September 27, 1994, provisionally condemned SARL X Côte d’Azur to pay SA Compagnie Y the sum of 552,525.01 francs and granted to the company X Côte d’Azur a period of two years to free itself from its debt; that it is clear that the long delays granted by the commercial jurisdiction did not allow the company X Côte d’Azur to settle its debt, and that a judgment of the Commercial Court of Nice dated June 22, 1995 pronounced the judicial liquidation of the latter; that Philippe Nxxxx could not, under these conditions, take advantage of the order of the summary judge of the Commercial Court of Nice having granted him a wide period to be exempt from his criminal responsibility (judgment, pages 2 and 3);

“1 °) whereas the simple delay to be restored does not characterize, by itself, the material element of the breach of trust;

“in the present case, the plaintiff expressly argued, in his conclusions of appeal, that the cash flow difficulties with which company X was confronted at the end of 1993, following the failure of a important client, could have been overcome and only cause a simple delay in the return of the sums due to the company if, in parallel with the commercial development undertaken by the agency, the principal had not immediately prohibited the applicant from continuing the sale of tickets or refused to agree to the amicable settlement procedure initiated in January 1995 on the basis of article 35 of the law of March 1, 1984, thus causing the judicial liquidation of the company and making it impossible to restitution of the disputed sums;

“that, therefore, by limiting itself to stating that the fraudulent intention results from the knowledge that the accused had of the precarious situation of his company, of his debt to Y and of the deliberate use he made of funds received for the sale of tickets for purposes other than the reimbursement of the civil party, without seeking, as it was invited by the appeal conclusions of Philippe Nxxxx, whether the definitive impossibility of reimbursing the principal did not come from the uncompromising attitude of the latter, rather than the deliberate will of the accused not to return the sums due, the court of appeal did not legally justify its decision;

“2 °) whereas, when the impossibility of restoring the thing comes from the deficiency of a third party, the fraudulent intention of the accused cannot be deduced from the sole fact of the misappropriation and the trial judges, in such a case, must – to characterize the guilty intention – to determine whether this deficiency could reasonably be known to the accused;

“that, therefore, by limiting itself to stating that the fraudulent intention results from the knowledge that the accused had of the precarious situation of his company, of his debt to Y and of the deliberate use he made of funds collected for the sale of tickets for purposes other than the reimbursement of the civil party, without investigating, as it was invited by the conclusions of appeal of the accused, whether these difficulties, moreover temporary, did not have for the only cause was the failure of the association […], the main customer of the travel agency, whose solvency could not be questioned, in the case of a para-municipal association having, for several years, ordered and paid a large number of tickets, so that no fault could, on this point,to be reproached to the defendant, who could not reasonably foresee the deficiency of his client, the court of appeal did not legally justified its decision “;

Whereas, to declare Philippe Nxxxx guilty of breach of trust, the Court of Appeal, for its own and adopted reasons, states that the defendant, manager of a travel company, had to contractually pay back to company Y, at the latest the 15th of the month following that of the ticket sales, the price thereof;

that as of December 1993, he no longer retroceded the sums collected, ie 552 525 francs, and that his company was placed in judicial liquidation on 22 June 1995 without the debt being settled;

that the judges also specify that the intentional element of the offense results from the knowledge which had, since 1992, Philippe Nxxxx of the precarious situation of his company and of the deliberate use which he made of the funds collected in payment plane tickets and of which Y had remained the owner, for purposes other than the reimbursement of the civil party;

Whereas, by these statements, free from insufficiency, the Court of Appeal, which responded as it should to the arguments of the accused, justified its decision;

On the report of the adviser ROGER, the observations of the professional civil society DELAPORTE and BRIARD, and of Me COSSA, lawyers in the Court, and the conclusions of Ms Advocate General COMMARET; M. COTTE president.