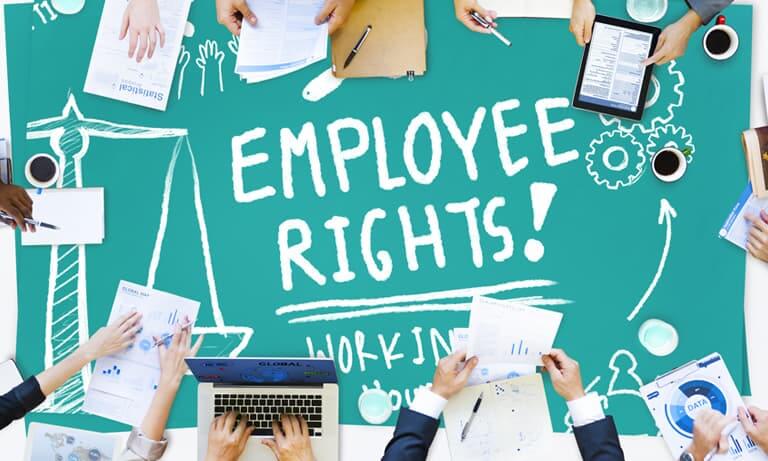 Whereas a collective redundancy procedure for economic reasons giving rise to the establishment of a social plan was initiated in 1996 by the company Total raffinage distribution; that following this procedure, Mr X … and Mrs Y …, employees of the society, were dismissed, not for economic reason, but for serious misconduct due to their refusal deliberate any attempt reclassement;

1 ° / that the abuse cannot be legally protected, the law cannot confer irresponsibility, that there are no discretionary rights and that there is abuse in diverting a right from its social purpose; that, therefore, in the present case, having regard to the terms of the letter of dismissal as they were expressly noted by the Court of Appeal, it was for the latter to determine whether beyond individual freedom available to each individual, the systematic rejection by employees of all redeployment measures put in place by the social partners within the framework of the social plan, reflecting a deliberate desire not to respect the purposes of this social plan in order, on the one hand, to take advantage of the commitment made by TRD not to lay off employees until December 31, 1997, December 31, 1997 allowing them to receive significant severance payments and ASSEDIC indemnities without degressivity until retirement age, was not abusive; that by refraining from such a search, the court of appeal deprived its decision of legal basis with regard to article 1134 of the Civil Code and articles L.122-8, L. 122-9, L 122-14-3 and L. 122-14-4 of the French Labor Code;

2 ° / that the preamble of the social plan signed on July 31, 1996 specified: 2 – “no notification of dismissal will intervene at the initiative of the direction before December 31, 1997”; that thus, the company TRD was committed not to proceed to any dismissal, whatever the reason, before December 31, 1997, so that it could not sanction the abusive behavior of MM. X … and Y … before this date; that, consequently, by judging “that the company TRD was only held not to pronounce of redundancy economic until December 31, 1997; that it remained free to pronounce a sanction for fault with each refusal of the employees without waiting for February 2 1998 “, by decisive reasons for the solution of the dispute since, on the one hand, they allowed the court of appeal to to deduce from this, quite wrongly, that the company TRD could have sanctioned the behavior of MM. X … and Y … before February 2, 1998, and that, on the other hand, they prohibited him from understanding how the behavior of the employees had been abusive, they having refused any solution allowing them to find a job in order to receive their salary for more than a year, without having to work, the court of appeal distorted the social plan, and violated article 1134 of the Civil Code;

3 ° / that if, under the terms of Article L. 122-44 of the Labor Code, no faulty act alone can give rise to the initiation of disciplinary proceedings against an employee beyond ” within two months from the date on which the employer became aware of it, a fact prior to two months may be taken into consideration when the employee’s behavior continued within this period; in the present case, after having recalled this solution of positive law, the company TRD had expressly noted in its conclusions of appeal “that, such is indeed the case in the present case since the abusive behavior of MM. X .. . and Y … continued throughout the period during which they were supposed to actively seek employment outside the company, and that they did not tainted its decision with a failure to respond to conclusions and violated article 455 of the new Code of Civil Procedure;

But whereas the employee threatened with dismissal for economic reasons is entitled to refuse the reclassification measures which are proposed to him by the employer  ; that the Court of Appeal, which found that the employees had confined themselves to not adhering to the internal early retirement measure provided for by the social plan, to refusing a geographical transfer, and not to use the services of a firm “outplacement”, may have decided that they had only exercised their right; that the means is unfounded.