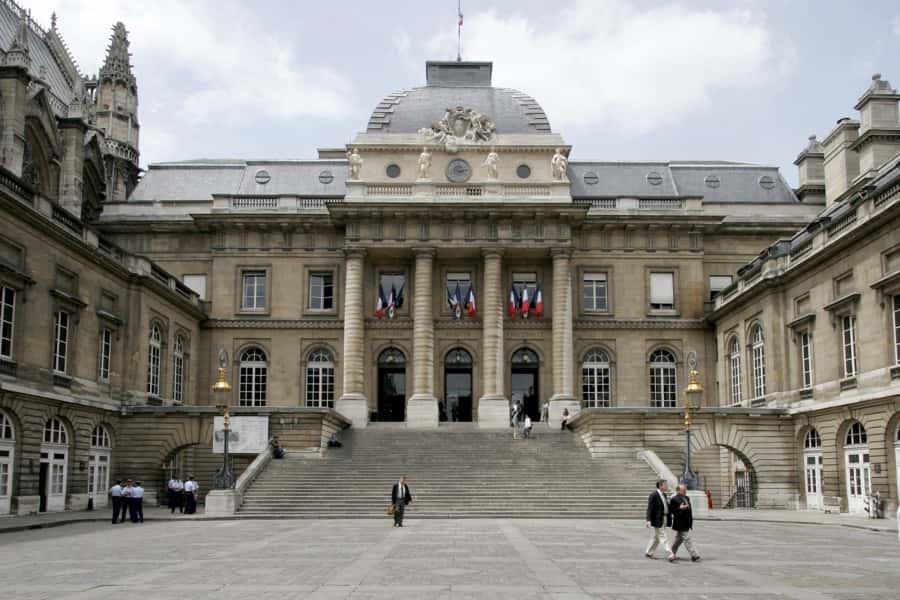 On July 29, 1999, KPMG lodged an appeal against this decision. Concluding, primarily, that the said decision be annulled and, in the alternative, that it be reformed, and requesting, in both cases, the publication of the decision to be made in the Bulletin of the Operations Commission de Bourse and in the Official Journal of the French Republic, the applicant essentially argues, in the terms of its submissions of 27 August 1999: – that it follows from the provisions of article 4-1 of the ordinance of 28 September 1967 that the regulations made by the Commission des Opérations de Bourse in application of this text are not liable to be imposed on persons other than those referred to, to whom the statutory auditors cannot be assimilated, so that

On November 15, 1999, the Commission des Opérations de Bourse filed observations seeking to dismiss the appeal. The Commission states: – that the sanctioning procedure provided for in article 9-2 of the ordinance of September 28, 1967 is applicable to auditors responsible for practices contrary to the regulations it enacts and in particular to regulation n ° 90 – 02 relating to the obligation to inform the public on the basis of which the company KPMG was, in this case, sanctioned, – that the granting to the COB of a sanctioning power, the exercise of which is accompanied by measures intended to safeguard fundamental rights and freedoms, is based on the need to

On December 17, 1999, KPMG filed a memorandum in which it replied to the observations of the Commission des Opérations de Bourse and reiterated, by developing it, the arguments set out above.

ON WHAT, THE COURT:

On the plea alleging the inapplicability to the statutory auditors of the sanction procedure provided for in article 9-2 of the ordinance of September 28, 1967:

Considering that article 4-1 of the ordinance of September 28, 1967 provides that regulations may be made by the COB concerning the functioning of the markets placed under its control, without specifying on whom the regulations having such an object are imposed; that in application of the provisions of Articles 9-1 and 9-2 of the same text, the Commission may impose sanctions against the authors of practices contrary to its regulations, when these practices have the effect, in particular, of distorting the operation of the market or undermine the equality of information and treatment of investors or their interests; that according to article 2 of COB regulation n ° 90-02 relating to the obligation to inform the public, applicable in the case, the information given to the public must be accurate, precise and sincere; that article 3 states that, for any person, constitutes an attack on the good information of the public the communication of inaccurate, imprecise or misleading information;

Considering that it follows from the aforementioned provisions that the applicant company is not justified in claiming that in its capacity as auditor it escapes the application of regulation n ° 90-02 of the COB so that it is without exceeding its powers, nor committing any circumvention of procedure, that the latter ruled as it did after having considered that the said company was the author of practices contrary to this regulation and falling within the forecasts of article 9-1 of the aforementioned ordinance;

On the plea alleging failure to comply with the requirements of Article 6 of the European Convention for the Protection of Human Rights and Fundamental Freedoms:

Considering that the prescriptions of article 6 of the European Convention for the Protection of Human Rights and Fundamental Freedoms (the Convention) apply to the sanctions provided for by article 9-2 of the ordinance of September 28, 1967 which, although of an administrative nature, aim as in criminal matters, by their high amount (ten million francs or ten times the amount of the profits made), and the publicity given to them, to punish the perpetrators of acts contrary to the standards general enacted by Commission regulations and to deter operators from engaging in such practices;

Considering that while it is true that even when it is seized of acts which could give rise to the aforementioned sanctions, the COB is not required to comply, in all their aspects, with the formal requirements of paragraph 1 of article 6 of the Convention since its decisions are subject to a posteriori, on the points of fact, the questions of law, as well as on the proportionality of the sanction pronounced with the gravity of the committed fault, the effective control of a judicial body offering all the guarantees of a court within the meaning of the aforementioned text, the plea alleging that the Commission has pronounced itself under conditions which do not respect the requirement of impartiality can, on the other hand, be usefully relied on in support of the appeal against its decision;

Considering, in this regard, that the combination within this administrative authority of the functions of prosecution, investigation and judgment, criticized by the applicant, is not, in itself, contrary to the above requirement recalled; that it is necessary to ascertain whether, taking into account the concrete methods of implementation of these powers, especially with regard to the composition of the bodies called upon to exercise them, the right of the accused person to a fair trial has been or has not been unrecognized

Considering, in the present case, that the college of the Commission examined at its meeting of March 4, 1997 the report of the investigation carried out on the financial and accounting information of the company Dapta Mallinjoud and in particular the information note referred to by the COB on June 29, 1993 and published on July 2, 1993 on the occasion of an issue of convertible bonds by this company; that after having deliberated, he decided to open a procedure for the purposes of possible administrative sanctions against various persons, including the company KPMG, on the basis of Regulation 90-02; That because of the entry into force of the decree of July 31, 1997, modifying that of March 23, 1990 relating to the procedure for injunction and administrative sanctions pronounced by the Commission des Opérations de Bourse, the College, on September 16, 1997, asked the President of the Commission to send the interested parties a new notification of the complaints made on March 4, 1997, attaching the report investigation as well as a document recalling the rights of the defense; That by letter of October 2, 1997, “canceling and replacing” a previous letter of June 11, 1997, the President of the Commission notified the complaints against KPMG in these terms: “The Commission noted that the consolidated and social accounts of 1992, published on July 2, 1993 in the information note approved by the Commission on June 29, 1993, on the occasion of a

That thus the college of the Commission successively, under the conditions mentioned above, decided the indictment of the company KPMG on the facts which it noted, formulated the complaints against the accused person, ruled on his guilt and sanctioned the latter;

Considering that the requirement of impartiality must be assessed objectively; Considering that it follows from the foregoing observations that the fears of KPMG as to the impartiality of the Commission des Opérations de Bourse must be regarded as objectively justified; That the applicant is, consequently, justified to maintain that it was infringed with its right to a fair trial and to conclude, for this reason, with the annulment of the referred decision;

Considering that the Stock Exchange Operations Commission asks the court, in the event of annulment of its decision, to rule on the merits; But considering that if in the full jurisdiction dispute instituted by article 12 of the ordinance of September 28, 1967, the Paris Court of Appeal, after having annulled the decision object of the appeal, has the power to rule, in accordance with in article 9-2, on the practices of which the COB was seized, it cannot use them when the nullity affects, as in this case, all the acts of the procedure, flawed from the outset;

That there is therefore no need to rule on the practices which had been imputed to the applicant company; That must, finally, be dismissed the request, character compensation, the company KPMG tending that the publication of this judgment be ordered;

FOR THESE REASONS, Annuls the decision referred as it ruled with regard to the company KPMG Fiduciaire de France; Holds that there is no reason to rule on the practices alleged against the company KPMG Fiduciaire de France; Rejects the request for publication of this judgment made by the said company; Leave the costs to the Public Treasury. THE REGISTRAR, THE PRESIDENT,