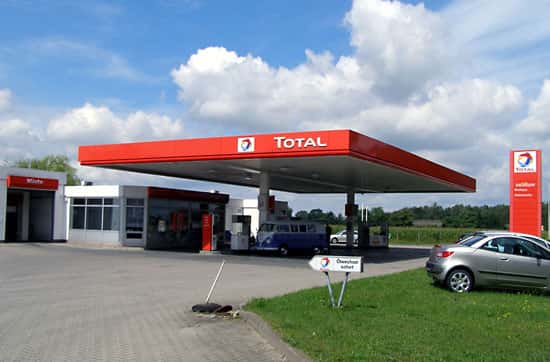 Considering that the company Mac Donald’s France was made beneficiary, by decree of the mayor of Paris dated January 24, 1994, of a building permit relating to a building located 10 place de Clichy in Paris (9th) and consisting, for the purposes to continue under its brand an already existing fast-food restaurant activity, by redeveloping commercial premises on the ground floor and first floor, with the elimination of a dwelling and modification of the facade; that the permit thus granted was transferred to the company Castel Grill by order of the mayor of Paris dated 29 March 1994; that the Paris administrative court, at the request of SOCIÉTÉ FRANCE QUICK SA which operates a fast food restaurant in a building located 3 avenue de Clichy in Paris (17th arrondissement), canceled the building permit and, consequently, the decree on transfer thereof, by judgment of 12 December 1996; that the administrative court of appeal of Paris has, at the request of the companies Mac Donald’s France and Castel Grill and the city of Paris, annulled this judgment by judgment of October 26, 1999;

Considering that apart from the case where the particular characteristics of the construction envisaged are likely to affect by themselves the operating conditions of a commercial establishment, the latter does not justify an interest to be contested before the judge of the excess of power a building permit issued to a competing company, even located nearby;

Considering that in order to annul the judgment of the Paris administrative court, the Paris administrative court of appeal relied on the fact that SOCIÉTÉ FRANCE QUICK SA did not demonstrate an interest giving it quality to contest the contested building permit, ” taking into account the distance of approximately 200 meters which separates the establishment operated by SOCIÉTÉ FRANCE QUICK SA at n ° 3 avenue de Clichy in Paris from the disputed construction located at n ° 10 place de Clichy, from the configuration the places and the nature of the work authorized “; that on the basis of these criteria whereas the SOCIÉTÉ FRANCE QUICK SA, which operates a catering business, has no other interest than that derived from commercial competition, the administrative court of Paris appeal vitiated its judgment with an error of law; that thus the contested judgment must be annulled;

Considering that under the terms of article L. 821-2 of the code of administrative justice, the Council of State, if it pronounces the annulment of a decision of an administrative court ruling in last resort can “regulate the ‘case on the merits if the interest of the good administration of justice justifies it “; that, in the circumstances of the case, it is necessary to settle the case on the merits;

Considering that the requests presented before the administrative court of appeal of Paris, on the one hand, by the companies Mac Donald’s France and Castel Grill, on the other hand, by the city of Paris tend to the annulment of the same judgment of the court Paris administrative office on December 12, 1996; that it is necessary to join them to rule by a single decision;

Without it being necessary to rule on the means of the requests  :

Considering that it follows from the foregoing that the SOCIÉTÉ FRANCE QUICK SA, which has no other interest than that derived from commercial competition with the company benefiting from the building permit, is not admissible to contest this permit before the judge of excess of power; that thus the judgment of the administrative court of Paris dated March 29, 1994 must be annulled and the request presented before this court by the SOCIÉTÉ FRANCE QUICK SA rejected;