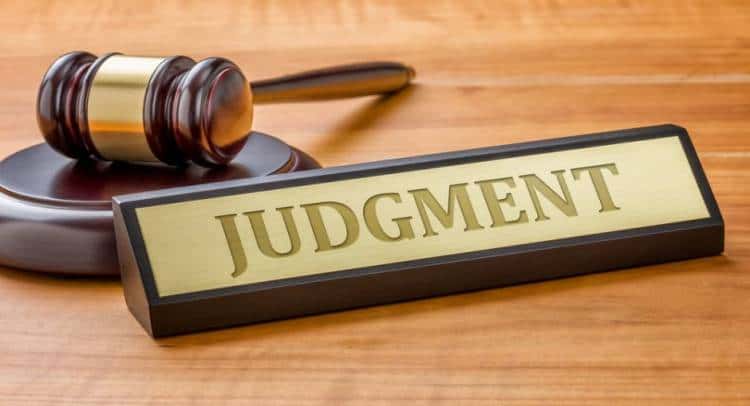 JUDGMENT OF THE COURT

concerning requests addressed to the Court, in application of Article 234 EC, by the Giudice di pace di Viadana (Italy) and seeking to obtain, in the disputes pending before that court between

composed of: myself F. Macken (Rapporteur), President of the Chamber,. C. Gulmann and J.-P. Puissochet, judges,

– for the Spanish Government, by Mr. S. Ortiz Vamonde, acting as Agent,

– the French Government, by my K. Rispal-Bellanger and R. Loosli-Surrans, acting as Agents,

– for the Commission of the European Communities, by MM. M. França and P. Stancanelli, acting as Agents,

having regard to the report for the hearing,

having heard the Advocate General in his conclusions at the hearing of June 14, 2001,

By two orders of 12 November 1999, which reached the Court on the following 31 December, the Giudice di pace di Viadana asked, pursuant to Article 234 EC, three questions for a preliminary ruling relating to the interpretation of Article 2, under b), of Council Directive 93/13 / EEC of 5 April 1993 on unfair terms in contracts concluded with consumers (OJ L 95, p. 29, hereinafter “the Directive”).

These questions were raised in the context of two disputes between Cape Snc (hereinafter “Cape”) respectively against Idealservice Srl and Idealservice MN RE Sas against OMAI Srl (hereinafter “OMAI”) concerning the execution of contracts types containing a clause conferring jurisdiction on the Giudice di pace di Viadana, which is contested by Cape and OMAI on the basis of the directive.

The Directive is intended, according to Article 1 st , paragraph 1, to approximate the laws, regulations and administrative provisions relating to unfair terms in contracts concluded between a supplier and a consumer.

Under Article 2 (b) of the directive:

‘For the purposes of this Directive, the following definitions apply:

(b) ‘consumer: any natural person who, in contracts covered by this Directive, acts for purposes which are not part of his professional activity’.

Article 2 (c) of the Directive defines the term ‘professional’ as meaning ‘any natural or legal person who, in contracts covered by this Directive, acts in the course of his professional activity, whether public or private ”.

The main proceedings and the questions referred for a preliminary ruling

Idealservice MN RE Sas and Idealservice Srl (hereinafter “Idealservice”) entered into two contracts with OMAI and Cape, on September 14, 1990 and January 26, 1996 respectively, for the supply to the latter of automatic beverage dispensing machines, which were installed in the premises of these two companies and were intended for the exclusive use of their staff.

In the context of the execution of said contracts, Cape and OMAI have filed an opposition to an order for payment, arguing that the clause conferring jurisdiction they contain is abusive within the meaning of Article 1469 bis, point 19, of the Code. Italian civil law and, consequently, unenforceable against the parties to the contracts by virtue of article 1469 quinquies of this same code.

The referring court finds that its jurisdiction to hear the two disputes submitted to it depends on the interpretation of those provisions of the Civil Code, which constitute a ‘slavish transposition’ of the directive. In particular, the concepts of “professional” and “consumer” referred to in Article 1469a of the Civil Code are a literal transcription of the definitions appearing in Article 2 of that directive.

In both cases, Idealservice maintains that Cape and OMAI cannot be regarded as consumers for the purposes of the application of the Directive. In addition to the fact that they are companies and not natural persons, Cape and OMAI signed the contracts in question before the national court in the exercise of their business activity.

Considering that the solution of the two disputes brought before it depends on the interpretation of the directive, the Giudice di pace di Viadana decided to stay the proceedings and to refer to the Court the following questions for a preliminary ruling, which are worded in identical terms in the two cases:

“1) Can one consider as a consumer an entrepreneur who, concluding a contract with another entrepreneur on the model provided by the latter insofar as this contract forms part of his specific professional activity, purchases a service or a good, for the exclusive use of its own employees, completely dissociated and foreign to its typical professional and commercial activity? Is it possible to say, in this case, that this person acted for purposes not concerning the company?

2) If the answer to the previous question is in the affirmative, can any person or organization be considered a consumer when they are acting for foreign purposes or which cannot be used for the typical commercial or professional activity that they carry out, or does the concept of consumer refer exclusively to the natural person, to the exclusion of any other person?

3) Can we consider a company as a consumer? “

On the second and third questions

By its second and third questions, which must be examined first, the referring court asks, in essence, whether the concept of ‘consumer’, as defined in Article 2 (b) of the directive, must be interpreted in the sense that it relates exclusively to natural persons.

Idealservice, the Italian and French Governments, and the Commission, maintain that the concept of ‘consumer’ covers only natural persons.

On the other hand, the Spanish Government claims that, although Community law considers that, in principle, legal persons are not consumers within the meaning of the directive, it does not exclude an interpretation conferring such a quality on them. With the French Government, he argues that the definition of consumer given by the directive does not exclude the possibility for the national laws of the Member States, when it is transposed, to consider a company as a consumer.

It is therefore clear from the wording of Article 2 of the directive that a person other than a natural person who concludes a contract with a trader cannot be regarded as a consumer within the meaning of that provision.

Therefore, the answer to the second and third questions must be that the concept of ‘consumer’, as defined in Article 2 (b) of the Directive, must be interpreted as meaning that it relates exclusively to persons physical.

On the first question

In view of the answer given to the second and third questions, there is no need to answer the first question.

The costs incurred by the Italian, Spanish and French Governments, and by the Commission, which have submitted observations to the Court, are not recoverable. Since the proceedings are, as regards the parties to the main proceedings, in the nature of an incident raised before the national court, it is for that court to rule on costs.

deciding on the questions submitted to it by the Giudice di pace di Viadana, by ordinances of November 12, 1999, states for right: