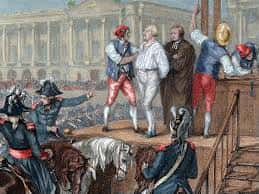 Whereas Mr. Domenech, employed as a bodybuilder-painter by Mr. Lebert since July 1, 1988, was dismissed on February 2, 1993, the employer citing as serious misconduct the employee’s refusal to accept within the framework of the reorganization of the company the proposal to take up the position of head of the paint shop with the same salary, the same coefficient but with a non-competition clause and a profit-sharing clause;

Whereas, in order to dismiss the employee from his claims for damages for dismissal without real and serious cause, the Court of Appeal decided that the employee’s opposition to a modification of his employment contract which had nothing of substantial prevented the employer from proceeding with the reorganization of his company dictated by the material and economic needs due to the purchase of a new business and constituted a real and serious cause of dismissal;

Whereas, however, that the refusal of the employee to accept a modification of his employment contract is not faulty;

That by ruling as it did, while the employer’s proposal transformed the employee’s attributions, and added to the contract a non-competition clause, which doubly characterized the modification of the employment contract, the court d the appeal violated the provisions of the aforementioned text;

BREAK AND CANCELED, in all its provisions, the judgment rendered on December 6, 1995, between the parties, by the Montpellier Court of Appeal; returns, consequently, the cause and the parts in the state where they were before the aforementioned judgment and, to be done right, returns them before the court of appeal of Nîmes.