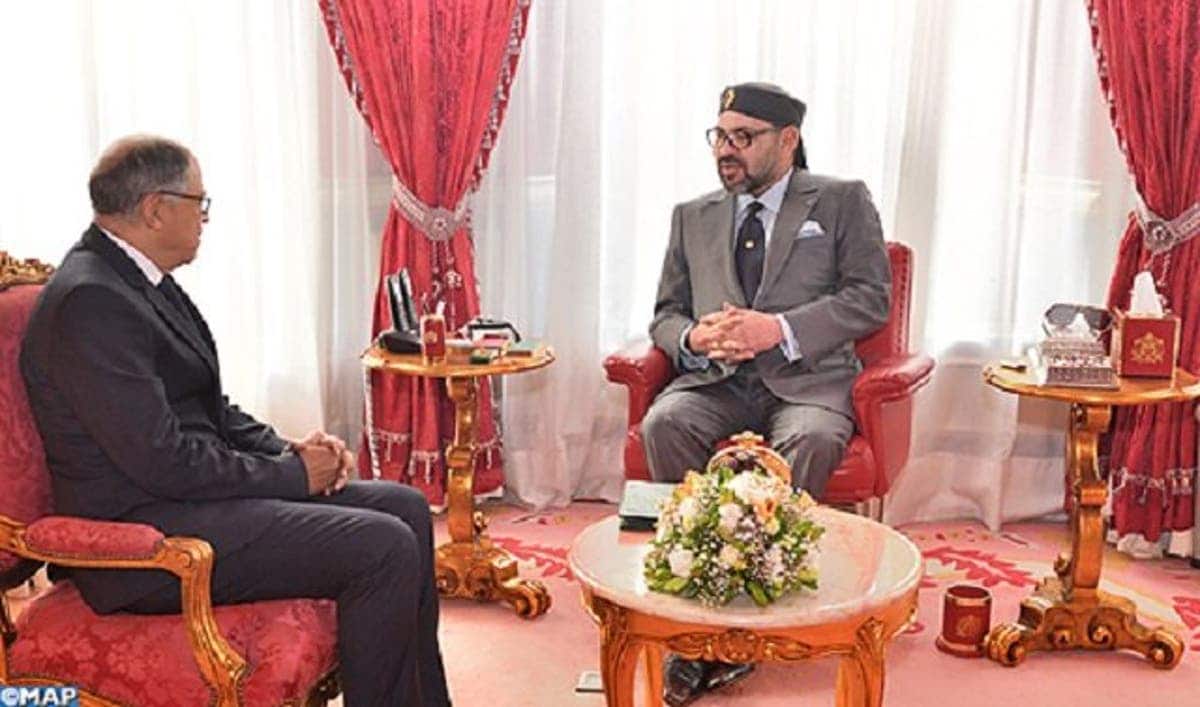 Considering the letter registered on December 28, 1992 under number F 570, by which the Minister in charge of the economy referred the Competition Council to practices noted on the market for postcards reproducing cinema posters;

After having deliberated without the presence of the rapporteur and the general rapporteur;

Adopts the decision based on the findings (I) and the reasons (II) set out below;

A. – The sector concerned

Upstream of this sector is that of cinematographic production, distribution and exploitation of films, organized as follows: the producer who has acquired the economic rights of exploitation of a cinematographic work concludes with a distribution company a mandate contract or a rights assignment contract. The distributor then becomes, for a given period and territory, the holder of the reproduction or representation rights of the film. It is up to him to determine the release date of the film, to ensure its advertising promotion, as well as the rooms where it will be presented, to edit the copies and to distribute them.

In application of the law n ° 57-297 of March 11, 1957 modified, “the author of a work of the mind enjoys on this work … an intangible property right, exclusive and opposable to all, which includes … heritage attributes “(art. 1).

Cinematographic works are considered works of the mind (art. 3). “The author enjoys, during his lifetime, the exclusive right to exploit his work … and to derive a pecuniary profit from it” (art. 21). “The right of exploitation … includes the right of reproduction … which consists in the material fixation of the work by any process which makes it possible to communicate it to the public in an indirect manner … in particular by printing … “. (arts. 26, 27 and 28 of the aforementioned law). The right of representation is transferable free of charge or against payment.

The protection available to the author over his work extends to the exploitation of the film poster. The postcard reproducing this poster is only one reproduction medium among others, also protected.

2. The characteristics of the sector

The distributors of cinematographic works include French companies, such as AAA, AMLF, MK2, Gaumont, Ariane distribution and UGC distribution, the latter alone representing around 20% of this sector, as well as the foreign subsidiaries of the American majors which achieve a just under half of the sales of distribution in 1991.

Some distributors themselves edit and distribute the posters, others address themselves, exclusively or on a case-by-case basis, to the company Sonis, created in 1965, whose corporate purpose is in particular:

– the creation, edition, manufacture of any advertising or other accessories relating directly or indirectly to the entertainment industries,

– the sale, export, rental or distribution of said accessories,

This company has entered into contracts with certain film distributors initially to ensure, on an exclusive basis, the manufacture and / or distribution of advertising material to exhibitors, then, in a few cases, to distribute part of the posters and posters. to retailers. Finally, the exclusivity conferred on it by these contracts has sometimes been extended to postcards reproducing material distributed to the public.

Other companies, such as the companies Verkerke and Scandécor, publishers and distributors of posters, sell cinema posters and postcards reproducing these posters.

On December 24, 1992, the Minister of the Economy and Finance referred the matter to the Competition Council on the grounds in particular that “several contracts entered into by the company Sonis provide for concerted fixing of the resale prices of the posters”.

The contracts signed between the companies Sonis and UGC distribution:

In return for quality and time constraints, UGC distribution has granted Sonis the exclusive right to manufacture the aforementioned advertising accessories.

The contract was concluded for a period of one year, renewable by tacit agreement.

On November 13, 1985, an amendment was signed between the parties, by virtue of which Sonis was granted the exclusive right to broadcast or market, excluding cinematographic exploitation, certain materials provided for in the initial contract. Under the terms of this amendment, the royalty paid by Sonis for intellectual property was set as a percentage of the sales amount excluding VAT. The indicative prices of these materials were provided for in this addendum.

On March 6, 1989, a new amendment canceling that of November 1985 was passed between Sonis and UGC distribution. It explicitly extended the exclusivity of distribution to postcards and “posterettes”.

The 1989 amendment contained provisions relating to prices worded in the following terms:

For each film, Sonis undertakes, before any marketing of posters or cardmaking articles using the poster visual, to ask UGC distribution for written authorization to market the visual of this film “.

The contracts between the companies AMLF and Sonis:

The contract entered into between the companies AMLF and Sonis on May 19, 1987 gives the latter the exclusive right to manufacture, distribute and sell to professionals the advertising material: posters, posters and photo sets from the elements supplied by AMLF, without that Sonis can modify, apprehend, assign or lend these elements for any reason whatsoever.

The “artistic” property rights are expressly reserved. Quality and speed constraints are specified and the royalty is set as a percentage of the sales price excluding VAT of the equipment.

The contract is concluded for one year and tacitly renewable.

A first annex, dated May 19, 1987, extends the exclusive right to manufacture and sell material intended for the public, for which AMLF held exclusive advertising rights. Article 5 of this annex fixes the selling prices of the articles, “which cannot be increased without the agreement of the AMLF company”; Article 6 determines both the royalties due to the creator of the visual and the “merchandising” royalties.

By amendment dated January 25, 1989, this exclusivity is extended to card-making items and sets the amount of royalties. It includes a price clause worded as follows:

On the basis of these findings, the following complaints were notified:

To the companies Sonis and UGC distribution to have, during 1987 and in 1989, in any case since not prescribed time, concerted to determine jointly the selling price to the public of advertising material of films having for object, being able to have for effect and having had the effect of distorting the play of competition in the markets for the exploitation of cinema posters and photos by obstructing the fixing of prices by the free play of the market, by an artificial determination of prices.

To the companies Sonis and AMLF to have, during 1987 and in 1989, in any case since time not prescribed, concerted to determine jointly the price of sale to the public of advertising material of films having for object, being able to have for effect and having had the effect of distorting competition in the markets for the exploitation of cinema posters and photos by obstructing the fixing of prices by the free play of the market, by an artificial determination of prices.

II. – On the basis of the above findings, the Council,

Considering that a contract by which the owner of a copyright grants an exclusive right of reproduction or distribution is not unlawful in itself; whereas, however, it is necessary to assess, in each individual case, whether the modalities laid down for the exercise of this right do not have the object or effect or cannot have the effect of distorting the game competition ;

Considering that it is open to the holder of an intellectual property right, either to reserve the use of this right, or to grant the exclusive use to the person of his choice; whereas, in both cases, the products placed on the market in application of this exclusivity can, in any event, only be offered by a single operator, who cannot therefore, for the products in question, be in competition with another supplier; that thus, and in the absence of other elements, the fact that the conditions of sale of these products are fixed by the holder of the right of ownership, his concessionaire or by a consultation between the holder and his concessionaire is immaterial with regard to the exercise of competition;

Considering in the present case that the prices fixed, in common agreement, between the companies UGC distribution and Sonis, on the one hand, AMLF and Sonis, on the other hand, are the selling prices to retailers of the advertising material of which Sonis holds the exclusive manufacturing and distribution; that, since Sonis is the only one authorized to sell these materials, in application of two exclusive contracts whose legality is not disputed, in the absence of other elements, the consultations between UGC distribution and Sonis of a on the one hand, and AMLF and Sonis, on the other hand, are not such as to adversely affect competition;

Considering that it follows from the foregoing that it has not been established that the practices alleged against the companies Sonis, UGC distribution and AMLF constitute practices prohibited by article 7 of ordinance n ° 86-1243 of 1 December 1986,

DECIDES :
Sole article : It has not been established that the practices alleged against the companies Sonis, UGC distribution and AMLF constitute practices prohibited by article 7 of ordinance n ° 86-1243 of December 1, 1986.

Deliberated, on the report of Mrs. SERVELLA-HUERTAS, by Mr. CORTESSE, vice-president, chairing the meeting, MM. LASERRE, PIOT and ROCCA, members.