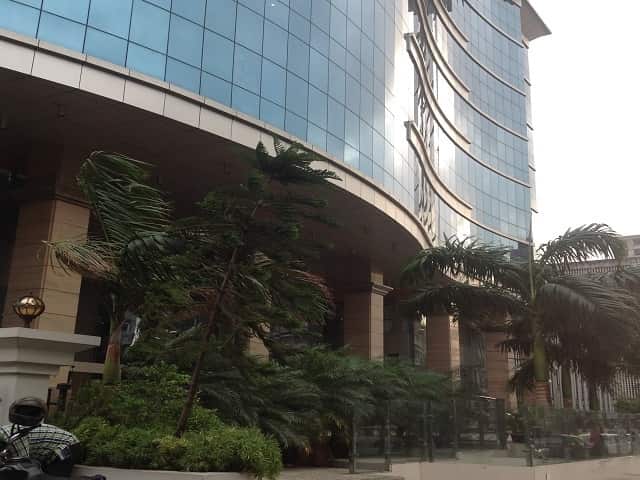 Whereas, according to the referred judgment (Angers, September 11, 2000), by letter of September 25, 1997, the company Sopan Viera et fils, manufacturer of advertising agendas, terminated with immediate effect the commercial agency contract binding it to Mr X … since January 11, 1983 for serious misconduct; that Mr X … assigned it in payment of compensation notice and compensation for rupture;

Whereas Mr X … reproaches the judgment for having rejected his requests and for having condemned him to return the sums he had received under the provisional execution, then, according to the means:

1 / which does not characterize serious misconduct within the meaning of article L. 134-13of the Commercial Code justifying the termination without notice or compensatory indemnity, the court of appeal which only retains the charge of Mr X .., commercial agent of the company Sopan Viera, a simple verbal altercation with a client who had been invited by the company in a nightclub at around 2:50 am on a strictly private subject, while it was also established that the professional services of Mr X … had always given satisfaction to the company Sopan Viera since fourteen years, that the incident did not involve any tangible commercial repercussion, and that this one, exclusive of any physical violence, constituted an isolated fact about which Mr X … had presented an apology in writing the next day;

2 / that violates article 10 of the European Convention on Human Rights and Fundamental Freedoms and disregards the principle of freedom of expression the court of appeal which declares deprived of any right to compensatory indemnity the commercial agent because of the remarks made by the latter with a client of the company during a discussion on taxation, such a sanction intended to protect exclusively the commercial interests of the principal being manifestly disproportionate to the objectives of the aforementioned text ;

But given that the judgment notes that during an evening in a “nightclub” extending a “cocktail reception” organized as part of a prestigious event in order to retain the clientele of the principal, Mr X …, at during a discussion on taxation, insulted and attacked without reason a client of his principal, who avoided the blows only by stepping back; that in a letter of apology sent the next day, Mr X … attributed his behavior to a medical treatment increasing the effects of alcohol; that it retains that such behavior, although occasional, occurred in front of clients and collaborators of the principal,; that thus, the Court of Appeal, which characterized the serious fault without disregarding the principle of freedom of expression, legally justified its decision; that the means is unfounded;

Considering article 700 of the new Code of Civil Procedure, rejects his request and condemns him to pay to the company Sopan Viera et fils the sum of 1,800 euros;

Thus done and judged by the Court of Cassation, Commercial, Financial and Economic Chamber, and pronounced by Mr. Métivet, the oldest adviser who deliberated, replacing the president, in his public hearing on February 11, two thousand and three.