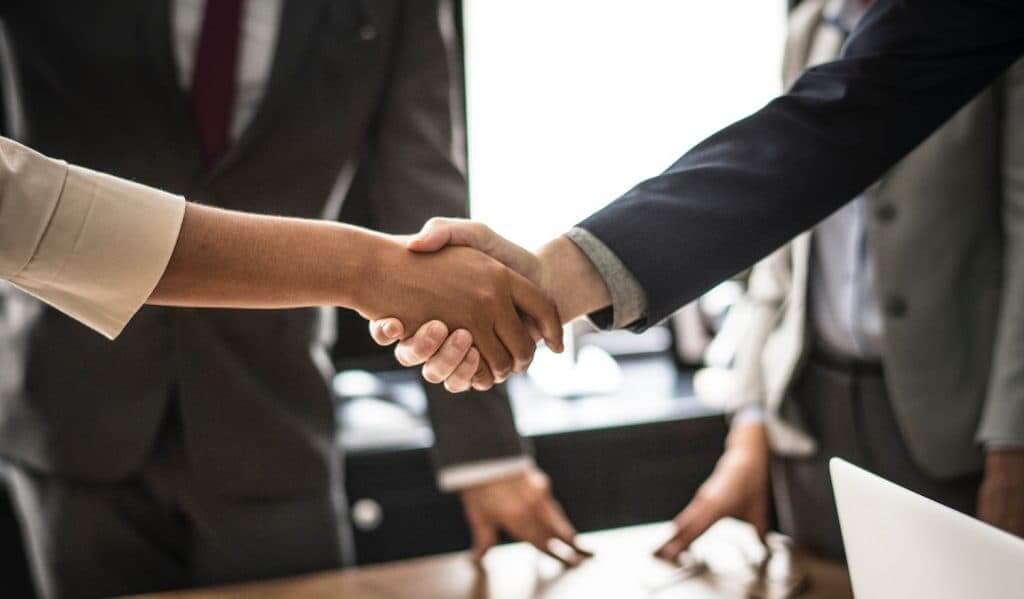 On the sole means, taken in its three branches

Whereas, in joint ventures, each partner contracts in his personal name and is the only one committed to third parties; that it is however different if the participants act as a partner to the knowledge of third parties or if a partner has, by his interference, let the co-contracting party believe he intended to commit to him;

Expected, according to the statements of the judgment under appeal, that, on June 15, 1987, was incorporated the company Creation system (the company); that the spouses L have, the 17 November 1987, concluded with M., acting as representative of this company, a convention for the construction of a building; that having been put in receivership on May 26, 1988, the company was entered in the trade register on the following May 30; that the spouses L have assigned all associates of the company, including spouses C, compensation for damage resulting from poor workmanship affecting the building object of the convention;

Whereas, to order spouses C, jointly and severally with the other partners of the company, to pay a certain amount to spouses L, the judgment reiterates that it is clear that the late registration of the company in the trade register is devoid of ‘interest; that, however, the functioning of the company and the acts carried out within the framework of the social object, and more particularly resulting from the agreement concluded with the spouses L, come within the provisions of article 1872-1, paragraph 2, of the Civil Code; that the simple chronology of the facts in question leads to consider that the failure to enter the trade register is deliberate. and can in no case be analyzed in a simple negligence, not more for M. than for other members of the company;

Whereas by being determined by such reasons, without characterizing the acts, personal of spouses C allowing to consider that they had acted as partners with and with the knowledge of spouses L or that they had interfered in the agreement made by M. with them, making them believe that they intended to commit to them, the court of appeal did not give a legal basis for its decision;

BREAK AND CANCELED, in all its provisions, the judgment delivered on February 10, 1994, between the parties, by the Bordeaux Court of Appeal; returns, consequently, the cause and the parts in the state where they were before the aforementioned judgment and, to be done right, returns them before the court of appeal of Toulouse.