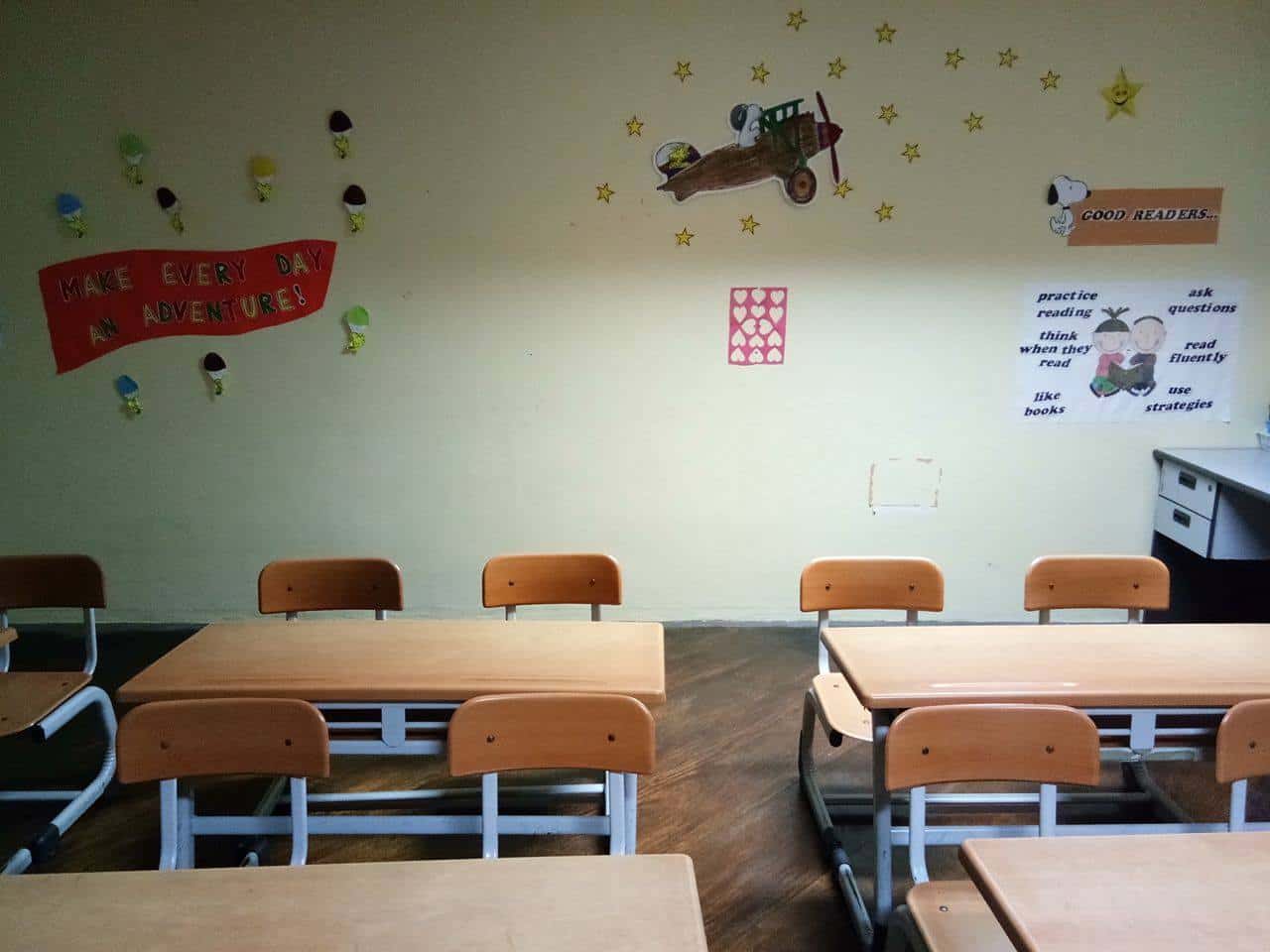 1 °) to annul the judgment of May 17, 2000 by which the administrative court of appeal of Douai rejected the appeal it had lodged against the judgment of April 7, 1998 by which the administrative court of Lille annulled the deliberations of March 28, 1997 of the municipal council of the MUNICIPALITY OF LENS authorizing the mayor to sign an amendment to the technical control contract and an amendment to the project management contract concluded within the framework of the renovation of the Félix-Bollaert stadium in Lens;

2) to order the State to pay it the sum of 23 920 F for the costs incurred by it and not included in the costs;

Having regard to the public procurement code;

Considering the code of administrative justice;

After hearing in public session:

– the report of Mr Lenica, Master of Requests,

– the observations of the SCP Waquet, Farge, Hazan, lawyer of the MUNICIPALITY OF LENS,

Considering that it emerges from the documents in the file submitted to the trial judges that by two contracts concluded in April 1995, the MUNICIPALITY OF LENS entrusted to Mr. Martic, architect, and to the technical design office Veritas, respectively the project management and technical control of the expansion and renovation works of the Félix-Bollaert stadium; that by two deliberations of March 28, 1997, the municipal council of the municipality of Lens authorized the mayor to sign an amendment to each of these markets, which had the effect of increasing the amount of the first from 6,162,925 HT to 10,010,000 F HT and that of the second from 558,400 F HT to 872,400 F HT; that, seized of a referral of the prefect of Pas-de-Calais, the administrative court of Lille has, by a judgment of April 7, 1998, annulled the two deliberations; that the administrative court of Douai’s appeal dismissed the appeal lodged by the municipality against this judgment; that the town appeals in cassation against this judgment;

Considering that under article 255 bis of the public procurement code in its wording then applicable to local authority contracts, identical to that applying to State contracts under article 45 bis and of which the content is also repeated today in article 19 of the public procurement code in its wording resulting from the decree of March 7, 2001: (…) Except in the event of unforeseen technical constraints not resulting from the actions of the parties, amendments and decisions to continue cannot upset the market economy or change its purpose; that cannot be regarded as unforeseen technical constraints within the meaning of these provisions, only material difficulties encountered during the performance of a contract, presenting an exceptional character,

Considering that if, in the absence of distortion, the assessment made by the trial judges to estimate that the difficulties invoked meet or not the three criteria recalled above, is not likely to be discussed before the judge of cassation, it is up to the latter to control, from the angle of error of law, the respect of these three criteria by the judges of the merits; that in the present case, the administrative court of Douai considered that the additional work being the subject of the criticized amendments did not present the character of unforeseen technical constraints without making use of the criteria, recalled above, characterizing the existence or the absence of such subjection; that it thus committed an error of law; that he follows from there, without

Considering that, in the circumstances of the case, it is necessary to settle the case on the merits in application of the provisions of article L. 821-2 of the code of administrative justice;

Considering that it emerges from the documents in the file that following the arrival in Lens, in September 1995, of members of the international football federation and of the French organizing committee for the World Cup, these sports authorities formulated special requirements relating to the safety and comfort of players, spectators and journalists inside the Felix-Bollaert stadium, selected as one of the ten venues for this World Cup which was to take place in France in 1998; that, moreover, the regional council of Nord / Pas de Calais, which had granted a subsidy for the upgrading of the same stadium, subsequently subordinated the payment of this subsidy to a study project intended to allow the organization of rugby matches with a view to the municipality’s candidacy for

Considering that if the requirements described above required, in order to be satisfied, to modify the contracts of project management and technical control awarded in April 1995 by the municipality of Lens for the renovation of the Félix-Bollaert stadium, they do not can be regarded as technical difficulties encountered in the execution of the works; that even supposing that they are regarded as such, their cause, since the owner had voluntarily accepted to take on his account the requirements formulated by the international federation of football, the French organizing committee and the regional council of Nord-Pas-de-Calais, was not external to the parties; that they therefore did not authorize the municipality to conclude, without publicity or prior competition,

Considering that the MUNICIPALITY OF LENS nevertheless argues that the disputed amendments, assuming that they are regarded as new contracts, could be concluded according to a negotiated procedure without a call for competition as soon as they came within the provisions of 2 ° of the II of article 104 of the public procurement code applicable on the date of their award, or at least in the provisions of 10 ° of I of this article for the amendment to the technical control contract and in those of the article 314 bis of the same code for the amendment to the project management contract;

Considering that under the terms of II of article 104 of the public procurement code in its wording then applicable to the markets in question: Negotiated contracts may be awarded without prior call for competition (…) 2 °) when the needs can only be satisfied by a service which, because of technical requirements, significant prior investments, special installations or know-how, can only be entrusted to a specific contractor or supplier (…) ; that however, the fact that Mr. Martic and Bureau Veritas were holders of the contracts concluded in April 1995 within the framework of the renovation of the Félix-Bollaert stadium is not sufficient, in the absence of technical necessities or of major prior investments of the nature of those covered by the aforementioned provisions, to confer on them the status of only possible co-contracting parties for the services provided for by the disputed riders; that consequently, the COMMON DE LENS is unfounded to maintain that these endorsements, looked like new markets, could be passed without setting in competition preliminary;

Considering that if the municipality then argues that the amendments could have been concluded for one in the form of a negotiated market in application of I of article 104 and for the other in application of the provisions of article 314bis of the code , which sets up a special regime for project management contracts, it follows from these provisions, that subject to the provisions of II of article 104, in which, as was said above, these contracts do not enter, the contracts they mention must be awarded after a competitive process;

Considering that it follows from all the foregoing that the MUNICIPALITY OF LENS is not justified in complaining that, by its judgment of April 7, 1998, the administrative court of Lille annulled the deliberations of its municipal council dated 28 March 1997 authorizing the mayor to sign the disputed amendments;

On the conclusions tending to the application of article L.761-1 of the code of administrative justice:

Considering that these provisions prevent the State, which is not the losing party in the present proceedings, from being ordered to pay to the MUNICIPALITY OF LENS the sum requested by the latter for the costs incurred by it and not included in costs;

Article 1: The judgment of May 17, 2000 of the administrative court of appeal of Douai is annulled.

Article 2: The appeal formed by the municipality of Lens against the judgment of April 7, 1998 of the administrative court of Lille is rejected.

Article 3: The surplus of the conclusions of the request of the MUNICIPALITY OF LENS is rejected.

Article 4: This decision will be notified to the MUNICIPALITY OF LENS and to the Minister of the Interior, Internal Security and Local Freedoms.