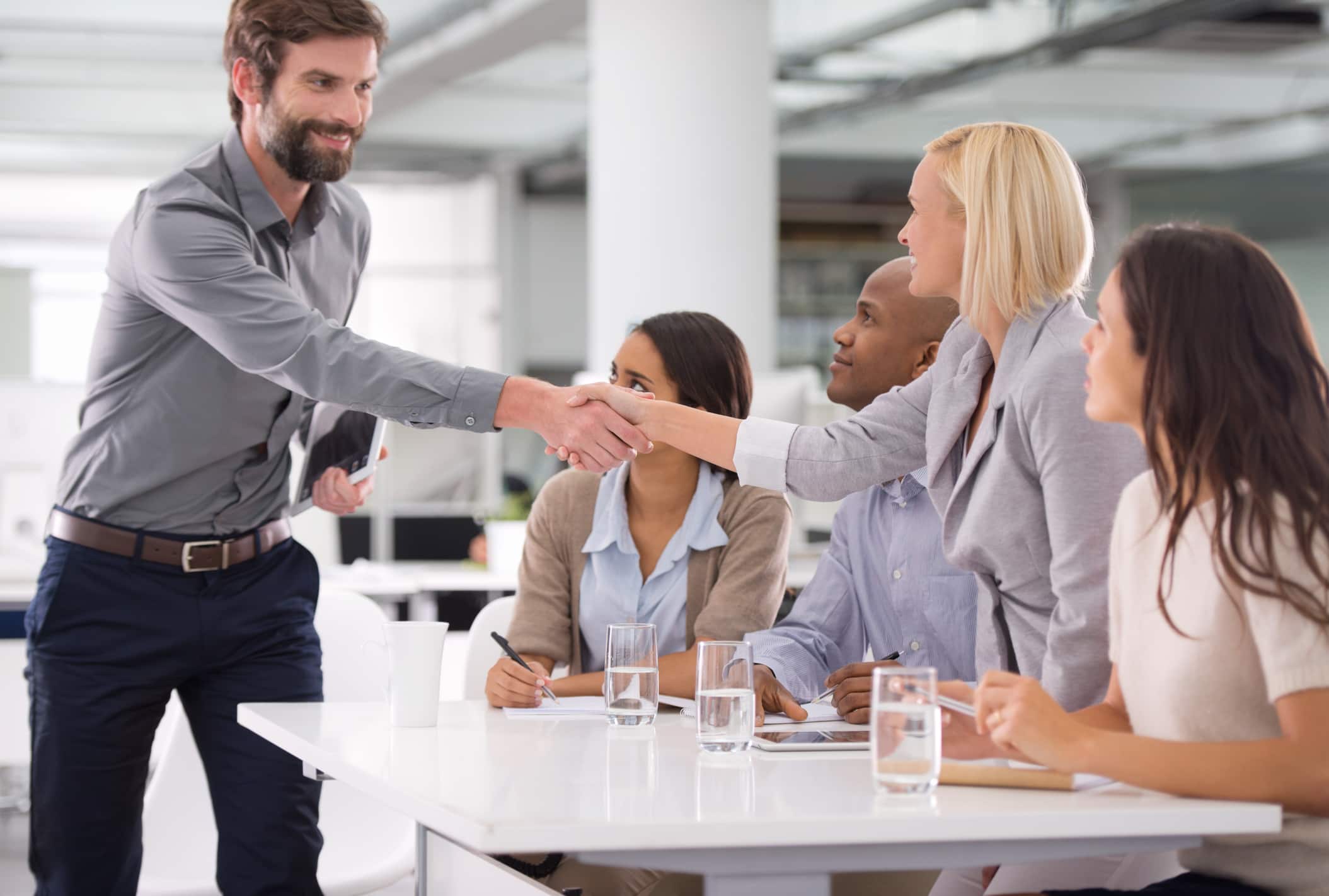 EMPLOYER REPRESENTATION AT THE PRELIMINARY INTERVIEW

Whereas Mr. Pinna was hired on August 28, 1995 by the company CED to which succeeded the company Dachs trading international (DTI), having its seat in Spain, to exercise the functions of VRP in France, in Belgium and in Luxembourg; that the director general of the company DTI gave mandate to a French company Woh, accounting firm, to carry out “all the formalities relating to the end of the employment contract” of Mr. Pinna; that execution of this mandate, the employee was summoned, by letter of December 8, 1996 of Cabinet Woh, to an interview prior to his dismissal which he did not appear; that he was dismissed by letter of 21 November 1996 from Cabinet Woh; that the employee seized the industrial tribunal, in particular, of a request for nullity of his dismissal and,

Whereas the employee criticizes the judgment under appeal for having dismissed his request for payment of compensation from customers, then, according to the means, that the court of appeal noted that he could not request such a compensation on the grounds that it cannot be combined with the termination indemnity he received, although he never received termination indemnity to which he was not entitled since at the time from the pronouncement of the dismissal, he had a seniority of less than two years;

But given that the plea, which criticizes a superabundant motive, cannot be accepted;

Whereas in order to decide that the dismissal had been duly pronounced, the contested judgment states that the company DTI justifies a mandate given on 4 November 1996 to the Cabinet Daniel Woh by its managing director, the company DTI having its registered office in Barcelona and having only one liaison office in the Paris region, to carry out all the formalities relating to the end of Mr. Pinna’s employment contract and in particular to ensure the preliminary interviews and sign all useful documents; that it is also specified both on the convocation to the interview prior to the letter of dismissal, that Cabinet Woh intervenes as representative of the company; no provision of the Labor Code prohibiting this representation of the employer,

Whereas, however, the very purpose of the prior interview and the rules relating to the notification of dismissal prohibit the employer from giving a mandate to a person outside the company to carry out this interview and notify the dismissal;

And whereas in application of article 627, paragraph 2, of the new Code of Civil Procedure, the Court is able, by quashing without referral, to put an end to the dispute in so far as it relates to the regularity of the procedure dismissal of the employee, by application of the appropriate rule;

BREAK AND CANCELED, except in its provisions partially confirming the judgment of the Paris Labor Court of July 9, 1998 and its provisions ordering the company Dachs trading international to pay Mr. Pinna the sum of 4,768.50 francs and that of 476.85 francs, the judgment delivered on March 31, 1999, between the parties, by the Paris Court of Appeal;

DIT there be no grounds for dismissal on the grounds of the regularity of the dismissal procedure;

Holds that this procedure is irregular both as regards the prior interview and the notification of dismissal;

Return to the Paris Court of Appeal, otherwise composed, only for a ruling on the other points of the dispute.

On the appeal brought by Ms. Christine Charbonnier, residing at 37 bis, rue de la Coutellerie in Thiers (Puy-de-Dôme), in cassation of a judgment rendered on November 5, 1992 by the industrial tribunal of Thiers (trade section ), for the benefit of Boucherie Despinasse, whose registered office is 5 and 7, rue Victor Duchamp in Saint-Etienne (Loire), defendant at the cassation;

On the report of Councilor Bèque, the conclusions of Mr. Terrail, Advocate General, and after having deliberated in accordance with the law;

Whereas, according to the judgment under appeal (industrial tribunal of Thiers, November 5, 1992), that Ms. Charbonnier, hired on September 18, 1989 by the company Boucherie Despinasse as a cashier saleswoman, was dismissed on March 4, 1992; that he was accused of poor performance of the cash register and a disagreement with the store manager;

Whereas the employee criticizes the judgment for having rejected her requests for payment of compensation for failure to observe the dismissal procedure and compensation for dismissal without real and serious cause, then, according to the appeal, first part, that the interview prior to dismissal must be carried out by the employer or by his representative, that only Mr. Salanon, authorized representative, could validly represent the employer and that Mr. Charretier, who attended the interview at the place of the employer, had no power to hire or fire; that rejecting the request for compensation from the employee, the labor tribunal violated Article L. 122-14 of the Labor Code; then, secondly, that the grievances made to the employee are pure invention;

But expected, first, that the faculty of representing the employer in the preliminary interview is not reserved for u only delegate of the power to pronounce the dismissal ;

Whereas, then, the trial judges, who noted that the facts alleged by the employer had been established, decided, by exercising the discretion which they derive from Article L. 122-14-3 of Labor Code, that the dismissal proceeded from a real and serious cause;