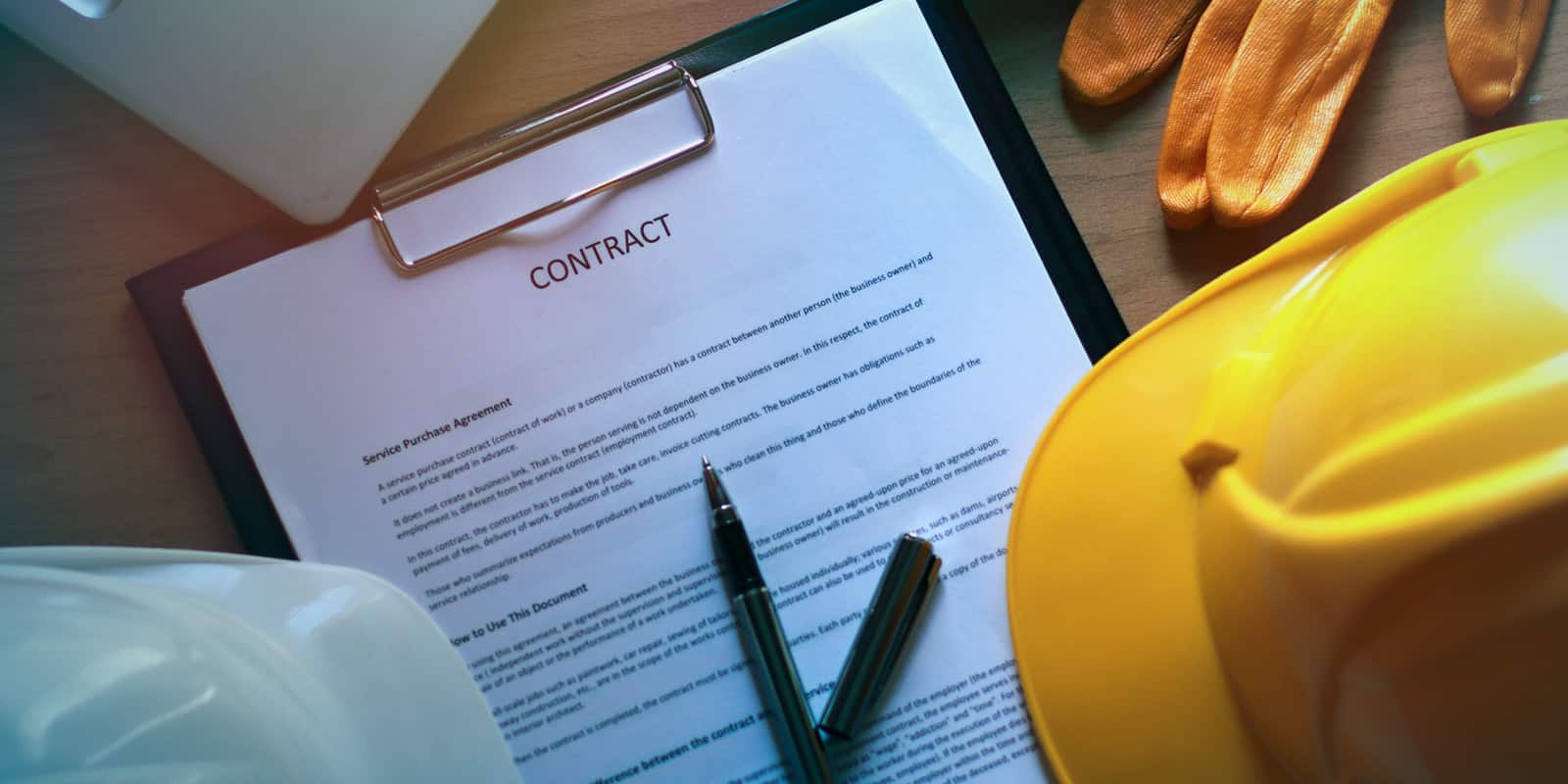 On the single means, taken in its five branches:

Whereas, according to the referred judgment (Toulouse, October 17, 2000), that the company Rittal France usually supplied material to the company Distribution Électrique Dupin (DED); that this one was put in receivership on July 22, 1997; that the Rittal company declared a debt and claimed unpaid material by invoking a retention of title clause;

Whereas the Rittal company reproaches the judgment for having rejected its claim, then, according to the means:

1 / that do not meet the requirements of article 455 of the new Code of civil procedure the trial judges who rule by reasons of a general nature, without in fact justifying their assessment; that from then on, by limiting itself to stating, to confirm the judgment undertaken having rejected the action in claim of the company Rittal, that the invoices, “in a usual way, are addressed after the delivery”, the court of appeal, which substituted a general motive for those of the first judges, violated the aforementioned text;

2 / by ruling thus, for a reason improper to establish that the company DED was not aware, at the latest during the delivery, of the existence of the retention of title clause inserted in the general conditions of sale, the Court of Appeal also deprived its decision of legal basis with regard to articles 121 and 122 of the law of January 25, 1985, now articles L. 621-122 and L. 621-124 of the Commercial Code;

3 / that if the judges of the second degree believed to be able to estimate that the company Rittal usually sent after delivery the invoices corresponding to each order of the company DED, they then introduced in the debate an element of fact not resulting neither from the conclusions of the parties, or even the aforementioned invoices, and violated article 7 of the new Code of Civil Procedure;

4 / that supposing that the contested judgment should be interpreted as having retained that the invoices each comprising a mention of the general conditions of sale were usually addressed after delivery, it follows that this practice was not systematic;

that thus, certain invoices explicitly recalling the existence of the retention of title clause were delivered before, or at the latest at the time of the corresponding delivery; that by nevertheless deciding to dismiss purely and simply the company Rittal of its action for claim relating to goods delivered in execution of 79 distinct orders, the court of appeal violated articles 121 and 122 of the law of January 25, 1985, now Articles L. 621-122 and L. 621-124 of the French Commercial Code;

5 / that when the parties are in a usual business relationship, the retention of title clause inserted in the general conditions of which the buyer became aware during the first sale is now enforceable against the collective procedure for the all subsequent business operations; that considering, in order to dismiss the claim of the company Rittal France, that the proof that the buyer had been informed, at the latest during the delivery, of the existence of a reserve clause of property, was not reported, while noting that the parties had maintained, between December 1996 and June 1997, intense commercial relations, which in particular gave rise, during this period, to the establishment of 79 invoices,

But whereas the retention of title clause, which may appear in a writing governing a set of commercial relations, must have been agreed between the parties in a writing drawn up, at the latest, at the time of delivery;

Whereas the judgment holds that the Rittal company does not produce any element establishing that the purchaser was aware of the clause at the latest at the time of delivery, since the clause appears on invoices which are usually sent after delivery ; that the means is unfounded;

Orders the company Rittal France to pay the costs;

Considering article 700 of the new Code of civil procedure, condemns the company Rittal France to pay to the company Electric distribution Dupin, to Mr X … and Mrs Y …, ès qualities, together the sum of 1 800 euros;

Thus done and judged by the Court of Cassation, Commercial, Financial and Economic Chamber, and pronounced by the President in his public hearing on November nineteen two thousand and three.

Excludes, at his request, Mr X …, former judicial administrator of the company Codec;

Whereas, according to the judgment referred, that, the company Codec having been put in receivership on August 9, 1990, the company Edouard Saman claimed goods which it had delivered to him; that the judgment having accepted his request was quashed by the Commercial, Financial and Economic Chamber of the Court of Cassation on July 11, 1995 (appeal n ° 93-10.102); that the court of appeal of reference rejected the request of the company Edouard Saman;

On the sole means, taken in its first two branches:

Whereas the company Edouard Saman reproaches the judgment for having dismissed its action, then, according to the means:

1 / that after having established that, in accordance with the general conditions imposed by the company Codec of which the company Edouard Saman had been informed, a special derogatory agreement clearly stipulated on each of the delivery slips established by the company Edouard Saman that “the goods ( were) sold under reservation of property in accordance with the conditions Terms of sale of the supplier that the buyer acknowledges having accepted “and that all of these delivery notes were marked with a stamp of the company Codec, plus the signing of the one of its employees, the court of appeal could not refuse to make the clause of Reserve of property ; that by judging it unenforceable against the company Codec, the Court of Appeal violated Article 121 of the Law of 25 January 1985, which became Article L. 621-122 of the Commercial Code;

2 / that by failing to respond to findings by Saman which the company argued that the clause of reserve of property derogatory nature, which appeared on all delivery notes signed by an attendant as well as all corresponding invoices , had necessarily been brought to the attention of the headquarters of the company Codec because of the centralization of the accounts, conclusions accompanied by offers of proof, the court of appeal violated article 455 of the new Code of Civil Procedure;

But having waited Saman held that the company was aware of the refusal by the company Codec any reservation of ownership , the appeal court did not identify the existence of a particular derogatory agreement; that it brought out that neither the signing of delivery slips by an employee of the Codec company, nor the receipt of invoices without protest could amount to the specific formalities without which this company could not have given up its refusal to a reserve of ownership ; that the plea cannot be accepted;

And on the medium, taken in its third branch:

Whereas the company Saman is still making the same reproach to the judgment, then, according to the means, that in all circumstances, the judge must observe and observe himself the principle of contradiction; that automatically, without provoking the explanations of the parties, the plea based on the fact that according to the penultimate paragraph of article 4 of the general conditions of purchase of the company Codec, the signature of an agent warehouse would have had a simple value of emargement, before ruling in this way, the court of appeal violated article 16 of the new Code of Civil Procedure;

But given that the Codec company indicated in its conclusions “that the signature affixed by simple handlers not authorized to engage the Codec company, and in particular to modify the legal conditions of the contract, was only intended to acknowledge receipt of the goods as well. delivered “; that the means are lacking in fact;

Orders the company Edouard Saman to pay the costs;

Considering article 700 of the new Code of Civil Procedure, condemns it to pay the Codec company the sum of 1,800 euros;

Thus done and judged by the Court of Cassation, Commercial, Financial and Economic Chamber, and pronounced by the President in his public hearing on September twenty-four, two thousand and three.