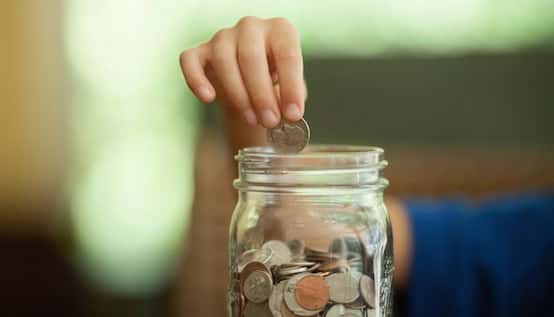 Whereas the commune of Cluses conceded, in 1974, to the Association Home of young workers (AFJT) the operation of a social restaurant and businesses; that a tripartite convention was signed on October 15, 1984 between the commune, the AFJT and the company Les Repas Parisiens (LRP) for a period of ten years; that under this agreement, the AFJT, confirmed as a concessionaire has sub-conceded the operation to the LRP, with the agreement of the town; that the LRP, obtaining from its co-contracting important works of investment, undertook to pay an annual rent to the AFJT and a royalty to the town; that, by letter of March 31, 1989, the LRP unilaterally terminated this agreement, on the grounds that it was in the economic impossibility of continuing to operate; that, by order of summary of April 25, 1989, the AFJT and the commune obtained the condemnation of the LRP to continue its exploitation; that this company has, nevertheless, ceased its activity on July 31, 1989; that invoking an upheaval of the economic balance of the contract, it seized the administrative court of Grenoble of a request in termination of this convention and, failing that, in damages; that, at the same time, the AFJT and the town seized the tribunal de grande instance of Bonneville for the purpose of obtaining, because of the unilateral termination of the contract, damages for the degradations caused to the facilities; only after referral to the Conflict Tribunal which, by decision of 17 February 1997,

Whereas the LRP criticizes the judgment to have thus ruled then, according to the means, that the parties are required to execute the convention faithfully by ensuring that its general economy is not manifestly unbalanced; that it should be determined as it did, without examining whether, due to the particular economic constraints resulting from the role played by the public authority in determining the conditions for operating the concession, and in particular in fixing the price of meals, the granting legal persons did not have the duty to put the company providing the service in a position to perform its contract under conditions which are not manifestly excessive for it and to agree to reconsider the conditions of the agreement from then on than,

But given that the Court of Appeal noted that the LRP called into question the financial imbalance existing from the conclusion of the contract and not the unjustified refusal of the municipality and the AFJT to take into account an unforeseen change in economic circumstances and thus to renegotiate the terms of the subcontract in defiance of their obligation of loyalty and execution in good faith; that she added that the LRP could not base its withdrawal brutal and unilateral on the structural imbalance of the contract that, by its negligence or its imprudence, it had not been able to appreciate ; that it has, thus, legally justified its decision;

Whereas the plaintiff in the appeal still criticizes the judgment for having ordered it to pay the AFJT a termination indemnity of 911 729.92 francs then, depending on the means, that the guarantee assumed by the company LRP made its participation in the choice of his successor as well as in the negotiation of the conditions for resuming operations; that by assessing the amount of the compensable damage from the monthly loss of earnings suffered by the grantors without specifying the conditions under which the choice of the successor and the conditions of the new restaurant operating concession contract had been decided, nor determining whether these conditions were at least better than those offered by the successor presented by the LRP but which the municipality had refused to approve, the court of appeal did not

But given that the Court of Appeal noted, on the one hand, that, according to the disputed contract, any possible concessionaire presented by the LRP had to take over all of the commitments of this company, which remained jointly and severally liable until full reimbursement. the loan, on the other hand, which the successor presented by it did not meet this condition; that the means are lacking in fact;

Condemns the company Repas Parisiens at the expense;

Having regard to article 700 of the new Code of Civil Procedure, condemns the LRP company to pay the Foyer Association for Young Workers and the municipality of Cluses the total sum of 2,500 euros;

Thus done and judged by the Court of Cassation, First Civil Chamber, and pronounced by the president in his public hearing on March 16, two thousand and four.