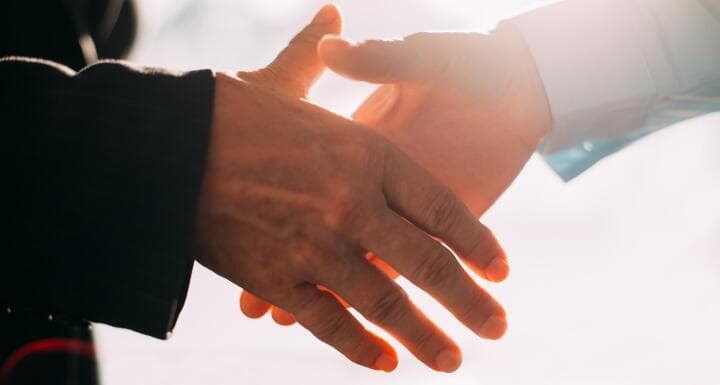 Transfer Of Company Shares And Obligation Of Good Faith

Acknowledges Ms. Dominique, France, Denise X … of her resumption of proceedings, both in her personal name and in her capacity as heir to Ms. Jacqueline Y … Z …, widow X … ;

On the first plea, taken in its second branch:

Having regard to article 1382 of the Civil Code;

Whereas the Company for Studies and Temporary Technical Assistance (SEATT), which had made available to the company Bedos Imprimeurs an employee who was the victim of a work accident with particularly serious consequences on May 24, 1983, been ordered, in respect of an inexcusable fault committed through the intermediary of the user company, to reimburse the primary health insurance fund for the compensation paid; that the company Poster European holding, to the rights of the company Bedos Imprimeurs by virtue of cessions or absorptions intervened since 1986, was itself condemned to cover the company SEATT of the sums paid and its costs of procedure;

Whereas in order to dismiss the European poster company holding its action in guarantee against the consorts X …, heirs of Marc X …, manager and partner of the company Bedos printers at the time of the accident and the transfer initial, the contested decision states that, if it were criticized for having sold the shares in his company to an Infimex company in accordance with the protocol of 14 November 1986, while ignoring the potential consequences that the accident which had occurred on the situation active and passive of the transferred company, no document established this alleged pre-contractual obligation; that on the contrary, the assignor and assignee of the shares had intended to determine the sale price, firm and final, only in consideration of the balance sheet of the sold company established on December 31, 1985 and that of the company Bedos II, one of the partners, closed on the same date; that in addition, the parties had expressly stipulated that any liability of social or fiscal origin which would be revealed after the cession but born before this date could not call into question the price retained; that the successive beneficiaries and successors of the assignee could not have more rights than him;

that no other fraudulent maneuver was demonstrated or even alleged;

Whereas by ruling thus, without investigating whether Marc X …, criminally convicted on January 29, 1987 for unintentional injuries and infringement of labor legislation, had not breached his obligation to contract in good faith by failing to inform Infimex of the probable consequences of an industrial accident occurring before the disputed sale, the court of appeal did not give a legal basis for its decision;

FOR THESE REASONS, and without there being any need to rule on the other complaints in the appeal:

BREAK AND CANCELED, in all its provisions, the judgment rendered on April 27, 2001, between the parties, by the Paris Court of Appeal;

returns, consequently, the cause and the parts in the state where they were before the aforementioned judgment and, to be done right, returns them before the court of appeal of Paris, otherwise composed;

Condemns the consorts X … at the costs;

Considering article 700 of the new Code of civil procedure, rejects the requests of consorts X … and the company European poster holding;

Thus done and judged by the Court of Cassation, First Civil Chamber, and pronounced by the president in his public hearing of March fifteenth two thousand and five.