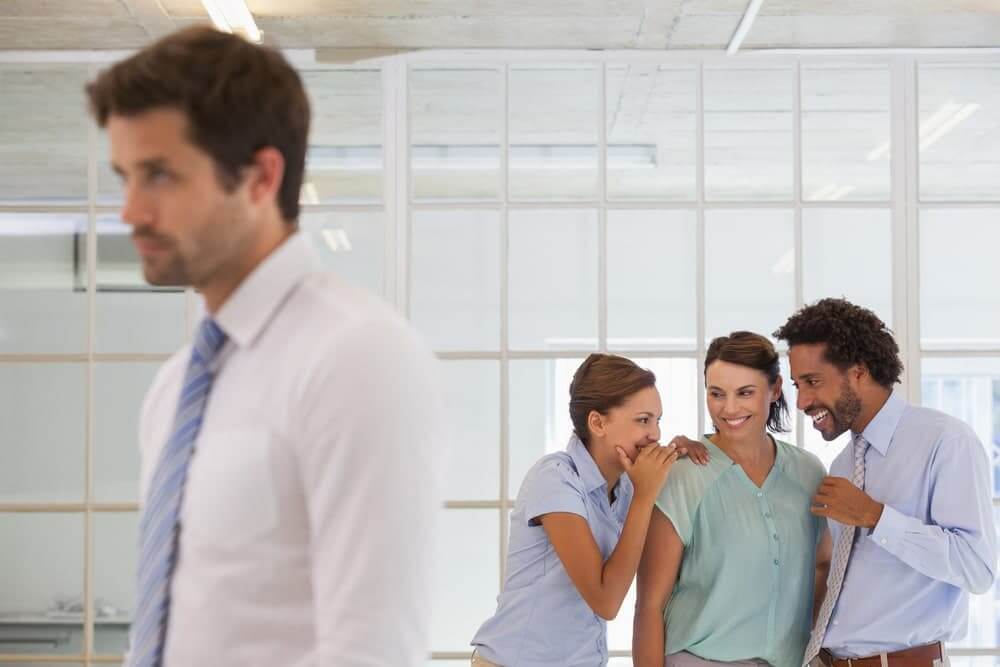 COMPETENCE TO DECIDE ON DAMAGE RESULTING FROM MORAL HARASSMENT

Whereas, according to the judgment under appeal (Limoges, November 26, 2002), that Mr X …, receiver at the company Carcoop France, union delegate then member of the works council, sued his employer for the purposes of damages and judicial termination of his employment contract, citing harassment, discriminatory career development and failure to reclassify on the occasion of resumption of duties following their interruption due to occupational disease; that the Departmental Union of CGT unions of Allier intervened at the instance;

On the first, second and third grounds of the main appeal:

Whereas there is no need to rule on these means, which would not be such as to allow the appeal to be admitted;

On the fourth plea of ​​the same appeal, taken in its first limb:

Whereas the judgment is criticized for having pronounced the judicial termination of the employment contract of Mr X … and for having allocated sums to him as such, then, according to the first branch of the plea, that the breach of the contract work of a protected employee obeys a procedure of absolute public order, which is binding on everyone, even the protected employee in the exclusive interest of his mandate of representing the collective of workers; that therefore, violates articles L.431-4 and L. 436-1 of the Labor Code, the court of appeal which grants the request of Mr X .. tending to the judicial termination of his employment contract notwithstanding the ‘absence of any request for prior administrative authorization;

But given that if the dismissal procedure of the employee representative of the personnel is of public order, this employee cannot be deprived of the possibility of pursuing the judicial termination of his employment contract to the wrongs of the employer in the event of breach, by the latter, to his obligations;

From which it follows that the plea is not founded in this branch;

And there is no need to rule on the second, third and fourth branches of the same plea, which would not be such as to allow the appeal to be admitted;

But on the single ground of the cross-appeal:

Whereas it results from the combination of these texts that the industrial tribunal knows of the entire damage resulting from harassment;

Whereas the judgment says that it is up to Mr X … to seize if necessary a court of social security affairs to see a ruling on the existence and the quantum of a bodily injury invoked because of a moral harassment;

BREAK AND CANCELED, but only in its provision saying that it will be up to Mr X … to seize, if necessary, a court of social security cases to see a ruling on the existence and the amount of bodily injury invoked by the fact of moral harassment, the judgment delivered on November 26, 2002, between the parties, by the Court of Appeal of Limoges; returns, consequently, as for this, the cause and the parts in the state where they were before the aforementioned judgment and, to be done right, returns them before the court of appeal of Poitiers;