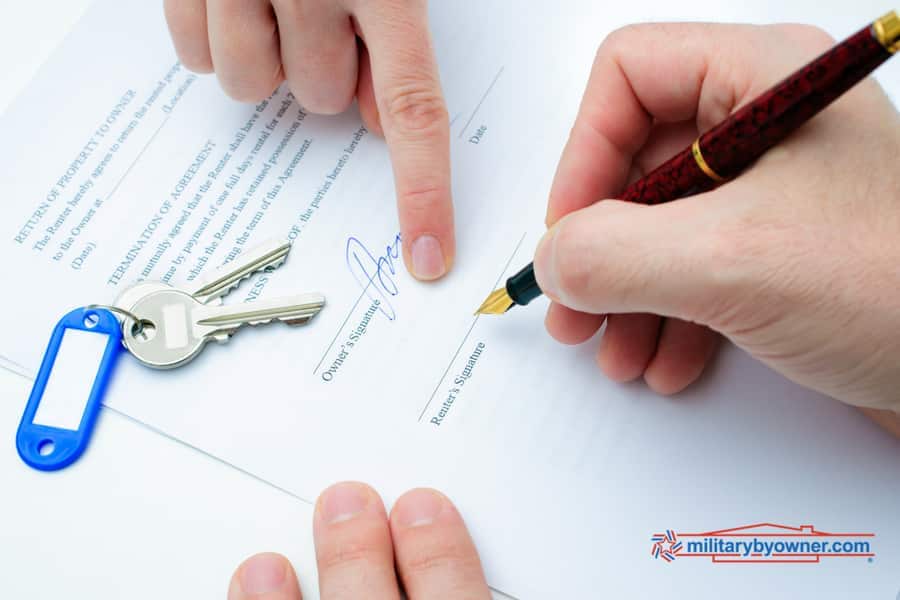 Appeal no .:
Published by the Documentation and Studies Department of the Cour de cassation,

COMPOSITION OF THE COURT :

During deliberation, Pursuant to the provisions of article 945-1 of the new Code of Civil Procedure, the case was debated in a public hearing on June 13, 2006 held by Mr. GREFF, President and Mr. CARBONNEL Magistrates rapporteurs, who heard the pleadings, the lawyers not being opposed and reported to the Court composed of Mr. GREFF, President, Mr. CARBONNEL and Mrs. MAILLARD, Advisers, in their deliberation for the judgment to be delivered on September 26, 2006; At the hearing of September 26, 2006, the Court, after having deliberated in accordance with the Law, delivered the judgment, the content of which is as follows:

The company X … -SARL- represented by its co-managers Mr Georges X … and Mrs Béatrice X … concluded on December 1, 1983 a mandate and rental management contract with the company TOTAL FRANCE for the commercial operation of a fuel and lubricants distribution service station located at VERDUN. This contract was terminated in April 1985 and the company X … as well as Mr and Mrs X … summoned on April 25, 1988 the company TOTAL FRANCE to have a ruling that the contractual situation having existed between the parties was null and void.

By judgment delivered on November 25, 1991, the Commercial Court of NANCY granted the request of the company X … and of the spouses X … and appointed an expert to establish the accounts between the parties.

By a judgment dated February 29, 2000, the Court of Cassation rejected the two appeals brought by the company TOTAL FRANCE against these decisions.

By request initiating proceedings registered at the registry on December 13, 2004, Mr. and Mrs. X … seized the Labor Council of VERDUN to obtain the application of the provisions of article L.781-1 of the Labor Code for the operation of the service station, and to request a reminder of wages and overtime on the basis of the coefficient 230, and lack of the coefficient 215, of the National Collective Agreement of the Petroleum Industry, a compensatory allowance paid vacation for the last reference year, damages for non-observance of paid annual vacation and weekly rest, retroactive registration in the general social security system, participation in the fruits of the expansion of thecompany TOTAL FRANCE and a sum for the irretrievable costs of the procedure.

The company TOTAL FRANCE opposed these requests, raising the main issue of the material incompetence of the Prud’hommes Council.

By judgment rendered on September 1, 2005, the VERDUN Labor Court declared itself materially incompetent to hear the dispute. Mr and Mrs X … formed regularly on September 5, 2005 a contradiction against this decision.

CLAIMS AND MEANS OF THE PARTIES:

Mr and Mrs X … file conclusions dated February 23 and June 13, 2006 tending the reformation of the two identical judgments rendered against them on September 1, 2005. They maintain that the conditions of application of the provisions of the Article L. 781-1 of the Labor Code are met and that they must benefit from the status of special worker provided for by this article, notwithstanding the existence of an SARL forming a screen between them and the company TOTAL. They add that the exclusion provided for by this article does not relate to the financial impact of the payment of the elements of the remuneration but concerns the liability that the entrepreneur may incur as a result of non-compliance with labor regulations, hygiene and safety.

On the prescription raised by the company TOTAL FRANCE, they argue that the argument is premature at the stage of the discussion on jurisdiction and that the prescription of article 2277 of the Civil Code only applies to contracts. stricto sensu. Finally, they request the payment of a sum of 5000 ç in application of article 700 of the New Code of Civil Procedure.

On the consolidation of the procedures : Whereas for a good administration of justice, it is advisable to join the procedures listed under the numbers 05/02556 and 05/02557 opposing respectively Mrs X … and MX … the company TOTAL and whose requests are identical;

On the jurisdictional contradiction : On the application of article L.781-1 of the Labor Code: Whereas the provisions of the Labor Code are applicable to certain categories of particular workers and in particular to people whose profession consists essentially of selling goods supplied to them exclusively or almost exclusively by a single industrial or commercial enterprise, when these persons exercise their profession in premises provided or approved by this enterprise and at the conditions and prices imposed by said enterprise;

Whereas it is established that Mr and Mrs X …, co-managers of the company X …, concluded on December 1, 1983 a contract for the operation of a service station located VERDUN belonging to the company TOTAL and including ” on the one hand a mandate for the retail distribution of fuels and on the other hand a rental management for the sale of other products – lubricants and accessories for automobiles and for motorists;

Whereas it is not discussed that Mr and Mrs X … previously exercised the same activity as tenant-managers on another TOTAL service station and that it was closed PH No / 2006 by decision of the latter;

Whereas an inter-professional agreement – AIP – was concluded between the oil companies and the retailers’ unions in 1983 to establish new operating methods for service stations and to guarantee in particular a minimum income for operators;

Whereas Mr and Mrs X … constituted between them a limited liability company to continue to operate a TOTAL service station and then concluded a new agreement comprising both a mandate for the sale of fuels on behalf of the TOTAL company against payment a commission proportional to the quantity sold and a conventional rental management contract for the sale of other products and to provide maintenance services and small car mechanics;

Whereas this contract of exploitation was concluded with Mr. and Mrs. X … because of the intuitu personae and the bonds of confidence already existing with the oil company;

Whereas however if the contract of mandate and hiring management was concluded in right with the company X …, the professional activity resulting was in fact and personally exercised by Mr and Mrs X … as before;

Whereas it is removed from the contractual arrangement between the parties of numerous obligations the burden of the company X …, such as the reception of the goods, the display of the prices, the keeping of the cash register, the daily establishment fuel accounts and the deposit of cash and checks in a chosen bank, the monitoring, cleaning and minor maintenance of the station which are necessarily carried out by its managers under the regular control of an attaché or an inspector sales representative of the company TOTAL;

Whereas there was in reality a rigorous framework for the operating conditions of the service station – in particular for the distribution of fuels – which remains the main object of a service station; That there was consequently a direct and regular link between the operators-physical persons and the petroleum company, the exclusive supplier of fuels and lubricants;

Whereas the company TOTAL did not report the proof of a clear and unequivocal renunciation of Mr. and Mrs. X … to avail the status of employee or worker assimilated by the Labor Code;

Whereas the establishment of commercial accounts between the two commercial companies after the operation of the service station and its fixing in court after an expert report did not prevent the operators who are natural persons from entering the Labor Council by invoking the benefit of article L 781-1 2o of the Labor Code;

Whereas the cumulative conditions of application of this article – exercise of a profession consisting essentially of selling products supplied exclusively or almost exclusively by a single company in premises supplied or approved by it, prices and operating conditions imposed – were well assembled;

Whereas the VERDUN service station was indeed a “local provided” where the business was operated by Mr. and Mrs. X … who had to respect the brands, colors, sign and advertisements of the TOTAL FRANCE company; That the agent-manager contract provided for the exclusive supply of fuels and lubricants by the company TOTAL FRANCE and that the sale of other products – groceries – as well as ancillary activities (washing, repair, etc.) then only constituted an activity complementary to the main activity, as appears from the accounts drawn up by the expert; That these ancillary activities were not independent and remained linked to the distribution of fuels and lubricants; That the gas station basically had a customer on the d neighborhood and passing motorists; That the predominant activity of the service station remained the distribution of fuels; That determining the activity of the sale of fuels solely by the amount of commissions received, as the company TOTAL FRANCE maintains, did not reflect the real importance of this activity in the overall turnover of this point of sale; That the alleged freedom left to company X … to operate the service station as it sees fit, and in particular to set the days and hours of operation and the prices for the sale of goods other than fuels and lubricants as well as services n ‘ was that apparent, since the service station had to make a minimum sale of fuel per month and take into account the catchment area to set its prices and remain profitable; That the deposit of fuels instead of their sale the company X … constituted a modality commercial and a financial facility without outweighing the existence of the supply exclusive or almost exclusive of the distributed products; That the selling prices of the pump fuels were well fixed by TOTAL FRANCE alone and imposed on the operators;

Whereas it is established that the spouses X … fulfilled all the conditions allowing them to claim the benefit of the special status provided for by article L.781-1 of the Labor Code;

Whereas in these conditions the Labor Court of VERDUN is competent to hear the dispute between the parties;

Whereas it should accordingly, by receiving the contradicts formed by Mr. and Mrs. X …, to reverse the judgments undertaken and to refer the parties before this Council for it to be ruled on their requests;

Whereas the company TOTAL FRANCE which succumbs will bear the costs and will be ordered to pay Mr. and Mrs. X… a sum of 2000 ç in application of article 700 of the New Code of Civil Procedure. FOR THESE REASONS THE COURT, ruling in a public hearing and by contradictory judgment,

Declares Mr. and Mrs. X … admissible in their contradictions formed against the judgments rendered on September 1, 2005 by the Labor Court of VERDUN,

Orders the joinder of the proceedings listed under the numbers 05/02556 and 05/02557, Receives these contradictions and reverses in all their provisions the judgments undertaken,

Refers the case to the VERDUN Labor Court for a ruling on the claims made by the parties,

Condemns the company TOTAL FRANCE to pay Mr and Mrs X … a sum of 2000 ç for their irretrievable costs of procedure, dismisses the parties for their further requests, purposes and conclusions, condemns the company TOTAL FRANCE at the expense of contradictions. Thus pronounced the public hearing or by provision to the registry on the twenty sixth of September two thousand and six by Mr. C.GREFF, President, assisted by Mrs. BOURT, Registrar; And Mr. President has signed this judgment together with the Registrar. THE CLERK