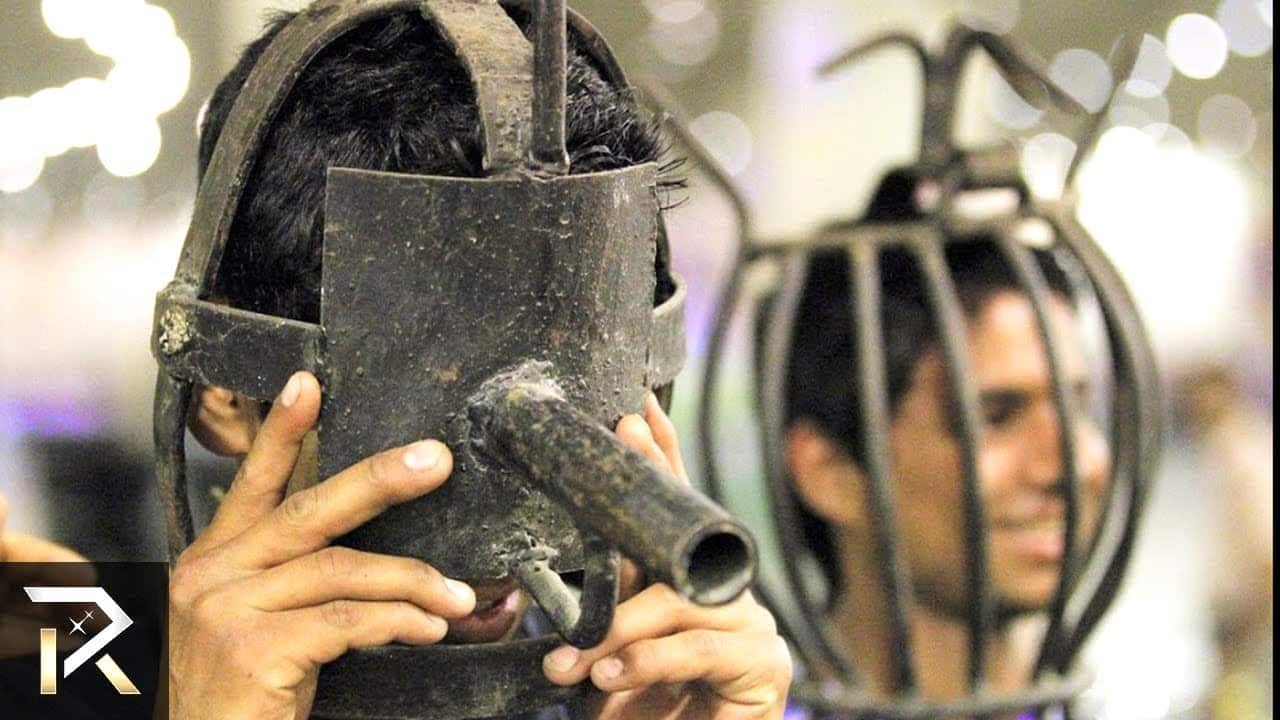 Whereas, according to the judgment under appeal (Montpellier, June 5, 2003), the instructors of the company PROMAG, in charge of the development of nautical sailing activities in the town of Gruissan, have installed, at the edge of a pond, on the beach, a springboard, made up of an inclined plane, to perform mountain bike (MTB) jumps in the pond; that, 9 days after, MX …, while plunging, slipped from the top of the springboard and got hurt while falling to the right of the springboard where the water was shallow; that Mr X …, his parents, his sisters and his brother (the consorts X …) have assigned the company PROMAG and its insurer, the company Axa in repair of their prejudice, in the presence of the primary fund health insurance;

Whereas the consorts X … criticize the judgment for having rejected their requests, then, according to the means:

1 ° / that the Court of Appeal found that the disputed damage had been caused by the fall of the victim from a springboard belonging to the company PROMAG and that the latter had retained custody; that it also found that the fall of the victim had had dramatic consequences, precisely because the springboard had been placed in a place where the water was very shallow; that she could not therefore deny the causal role played by the springboard in the realization of the accident, on the pretext that it was in a “normal” position, while noting herself that it had been, by its position , the instrument of damage; that it violated article 1384, paragraph 1, of the Civil Code;

2 ° / that, in any event, the Court of Appeal could not consider as “normal” and “not having anything unusual” the fact that a springboard is abandoned for nine days at the edge of a pond, and in a place where the water is shallow, within reach of all summer visitors, in the middle of August; that the Court of Appeal has stronger, violated Article 1384, paragraph 1, of the Civil Code;

3 ° / that the fault of the victim, supposing it demonstrated, can not totally exonerate the guardian of the thing that if this one demonstrates that this fault took for him the character of an unforeseeable and irresistible foreign cause; that the court of appeal, by totally exonerating PROMAG from any liability, on the pretext that the victim had committed a fault by using the springboard as a diving board, without finding that this fault was for the keeper unpredictable and irresistible, deprived his legal basis decision with regard to article 1384, paragraph 1, of the Civil Code;

4 ° / that, in their conclusions of appeal n ° 2, the consorts X … had at length developed the idea that the PROMAG company, already responsible as guardian of the springboard, was also responsible as principal of the monitors who had moved it to the edge of the pond, on the basis of article 1384, paragraph 5, of the Civil Code, after insisting that the link of preposition had been maintained at the time of the installation of the springboard ; that by affirming that the consorts X …, because they did not conclude that the judgment undertaken was set aside, were based exclusively on the concept of custody and not on the concept of subordination, the Court of Appeal distorted the terms of the dispute and violated article 4 of the new Code of Civil Procedure;

But given that the stop retains that the springboard had been installed on the beach, at the edge of the body of water, in order to allow users to gain momentum by rolling with their mountain bike before falling back into the water, at a distant distance; that the presence of such a springboard was not unusual and abnormal in a place of sports activities, that it itself did not present any dangerous character even though it was at a height of 1 m and a width of 1.20 m; that Mr X … who knew the places perfectly and knew that there was no depth to the right of the springboard, knowingly diverted the use of the springboard which did not present any risk within the framework of its normal use;

That in the state of these findings and statements establishing the absence of abnormality of the thing, the Court of Appeal exactly deduced that the springboard had not been the instrument of the damage;

And expected that, the Court of Appeal having held that the fault of Mr X … was at the origin exclusive of his damage, the means, taken in its third and its fourth branches, is inoperative;