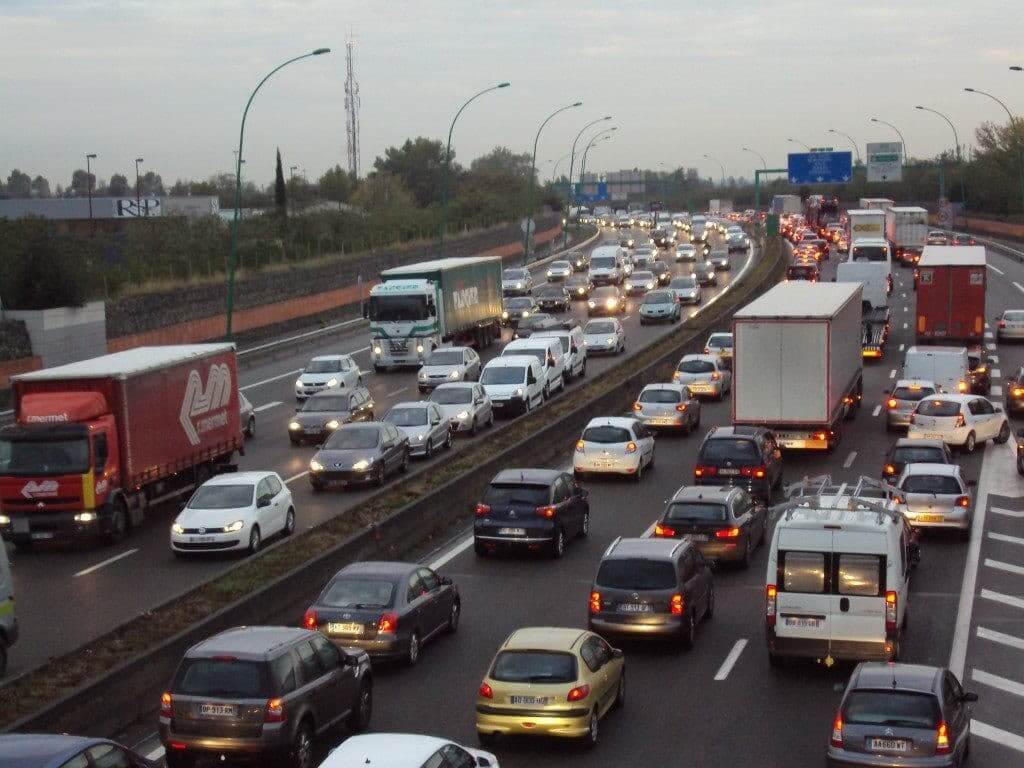 THE COURT OF CASSATION, CRIMINAL CHAMBER, in its public hearing held at the Palais de Justice in PARIS, on March 8, two thousand and five, delivered the following judgment:

On the report of the referendum adviser CHAUMONT, the observations of the professional civil society MASSE-DESSEN and THOUVENIN, lawyer in the Court, and the conclusions of the lawyer general CHEMITHE;

Ruling on the appeals brought by:

against the judgment of the LYON Court of Appeal, 7th chamber, dated May 27, 2004, which, for obstructing public traffic, sentenced them each to 3 months’ imprisonment with a suspended sentence and a fine of 1,500 euros ;

Having regard to the brief produced, common to the applicants;

On the single ground of appeal, based on the violation of articles 121-3 and 122-4 of the Penal Code, 10 of the European Convention on Human Rights and 2 of Protocol No. 4 to the said convention, of article 593 of the Code of Criminal Procedure, lack of reasons, lack of legal basis;

“in that the contested nursing judgment declared Alain X … and Erick Y … guilty of the offense of obstructing public traffic and sentenced them each to three months’ suspended imprisonment and 1,500 euros d ‘fine;

caused inconvenience to other motorway users; that results from the elements of the file that the operation undertaken by the three defendants caused further a hindrance to circulation by complete stop thereof due to the repeated immobilization of their vehicles on the highway; that the police officers indeed related their intervention in the following terms: “note that the three vehicles at the head of the procession, a van registered 91 DFJ 92, a Peugeot 406 registered 7551 YK 42, a Ford Fiesta registered 815 TE 01, come to a stop in the traffic lanes of the motorway, completely and intentionally blocking road users;

that Alain X … and Erick Y … ask to be dismissed for the purposes of the prosecution, on the basis of the provisions of article 122-4, first paragraph, of the Penal Code under the terms of which is not criminally responsible the person who performs an act prescribed or authorized by legislative or regulatory provisions;

that they argue that the acts with which they are accused were committed within the framework of the exercise of their right to strike, a constitutionally recognized right; that the proceedings against them constitute “a roundabout way of limiting their right to strike and therefore undermining it” and that it is up to “the judge to find a fair balance between the fundamental values ​​which are free movement on the one hand people and goods on the public highway and, on the other hand, the right to strike and to demonstrate “; that the commission of offenses against criminal law cannot be justified either by the exercise of the right to strike or by demonstrations on public roads which constitute one of the modes of expression of freedom of assembly and which are subject to a prior declaration obligation; that it is therefore necessary to set aside the judgment referred, to declare the defendants guilty of the offense provided for and punished by Article L. 412-1 of the Highway Code and to apply to them the criminal law which take into account the circumstances of the offense, the serious disturbance it has caused to public order and the personality of each of its perpetrators;

“whereas a demonstration on the public highway necessarily interferes with the freedom of movement and is therefore likely to justify the obstacle thus constituted; by holding the accused liable for the fact of having circulated their vehicles on the roads to the right of the motorway at a very reduced speed, in order to slow down the progress of other users at normal speed, the court of appeal did not legally justify its decision;

all the traffic lanes of the motorway and by immobilizing them on said lanes, the defendants had deliberately obstructed the passage of vehicles; that it has not, once again, legally justified its decision;

offense prosecuted in the light of these circumstances; that, for lack of having done so, they did not give a legal basis for their decision “;

Whereas it follows from the contested judgment and from the procedural documents that Alain X … and Erick Y … took part at the wheel of their cars, on 25 November 2002, in a demonstration on the A 46 motorways and A 7, at the call of trade union organizations of truck drivers;

that by immobilizing their vehicles several times, they caused the traffic to stop completely;

Whereas, in order to find the defendants guilty of the offense of obstructing public traffic, the restraining order retains that, warned by the police that their behavior was illegal, they deliberately obstructed the passage of vehicles with the aim of obstructing their progress; that the judges add that the commission of a criminal offense could not be justified, in particular, by the participation in a demonstration on the public highway;

Whereas in ruling thus, the Court of Appeal justified its decision without disregarding the conventional provisions invoked;

Clerk of the chamber: Mrs Krawiec;

In witness whereof, this judgment has been signed by the president, the rapporteur and the clerk of the chamber.