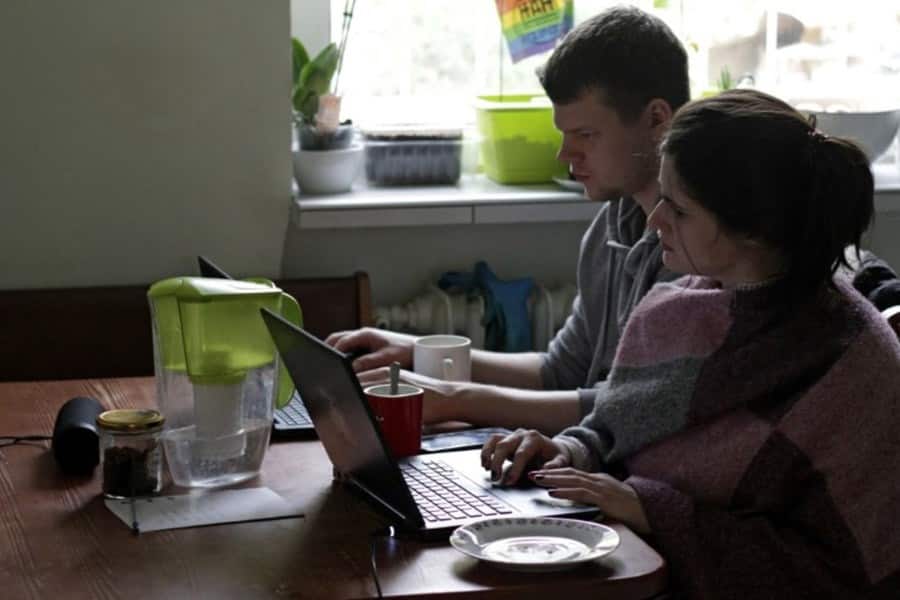 Whereas MX … was engaged, August 18, 1997, as commercial director by the company SDP; that it was stipulated in its employment contract that its attributions did not include the attribution to its profit of a geographical sector or a sector of customers; that upon his hiring, the employee was authorized to carry out the administrative tasks of his provision of work at his home, located at 220 km from the head office of the company; that he was dismissed on January 10, 2000 for serious misconduct relating to his refusal to accept the directives of his employer, especially that taken because of the insufficiency of his commercial results, requiring him to come and work at the headquarters of the company two days a week; that he seized the prudent court

Whereas there is no need to rule on this means which would not be such as to allow the appeal to be admitted;

Whereas in order to decide that the dismissal of the employee was based on a serious fault and to dismiss the latter of his request for payment of severance compensation and compensation for dismissal without real and serious cause, the contested judgment holds that the contract of work did not include any provision relating to the place of performance of the work; that taking into account its functions MX … was brought to move; his employment contract specified that its attributions did not include for its benefit the concession of a geographic sector or a customer sector; that he therefore had no particular assignment; that thus the place of work was not an essential and determining element of its employment contract; that the bond of subordination attached him to the seat of the company; that if he was authorized to work at home, it results only from his assertions that this authorization was worth determining his place of work; that by asking the employee, given the insufficiency of his results, to come and work at the head office of the company twice a week the employer did not unilaterally modify an essential element of the employment contract but made a change of his working conditions, thereby only exercising his managerial power, which the employee does not establish that he has made abusive use of it; that by refusing this measure, the employee showed an indiscipline of all the more characterized as at the same time he persisted in not satisfying repeated requests from his employer to communicate the requested information to him; such behavior emanating from a managerial executive constitutes serious misconduct;

That by so ruling, while the employee was carrying out his administrative work at his home and the fact for the employer to require him to now go two days a week to the head office of the company located more than 200 km away to carry out this work constituted a modification of his contract that the employee was entitled to refuse, which it resulted that he could not be reproached with a serious fault, the court of appeal violated the aforementioned text;

And whereas in application of article 627, paragraph 2, of the new Code of Civil Procedure, the Court of Cassation is able to partially put an end to the dispute by application of the appropriate rule of law by quashing without reference on the fault serious;

BREAK AND CANCELED, but only in that he recognized the existence of a serious fault at the expense of the employee and consequently dismissed the employee of his requests for payment of severance compensation and compensation for unjustified dismissal real and serious, the judgment delivered on November 27, 2002, between the parties, by the Court of Appeal of Amiens;

DIT there be no grounds for dismissal on the grounds of serious misconduct;

Said that no serious fault is attributable to Mr X ..;

Return the case and the parties to the Rouen Court of Appeal, but only for a ruling on the points remaining in dispute;

Orders the company SDP to pay the costs;

Considering article 700 of the new Code of Civil Procedure, rejects the request of the company SDP;

Thus done and judged by the Court of Cassation, Social Chamber, and pronounced by the president in his public hearing on April 13, two thousand and five.