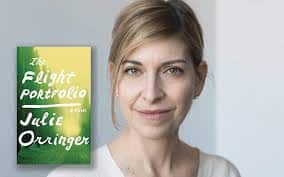 On the appeal brought by Mr Hubert X …,

in cassation of a judgment delivered on October 18, 1995 by the Court of Appeal of Chambéry, correctional chamber, which, for clandestine work, forgery, use of forgery, false advertising and infringement of the regulations on the safety of the workers, the sentenced to 2 years imprisonment, including 14 months suspended sentence and probation, 5 years ban on civic, civil and family rights, and ruled on civil interests;

Following this judgment, Mr. Hubert X … presented before the Commission of review of a criminal decision a request for the review of the appeal formed against the judgment of the Court of Appeal of Chambéry; this committee referred the examination of the appeal to the plenary assembly;

The appellant invokes, before the Plenary Assembly, the grounds of cassation annexed to this judgment;

These arguments were formulated in a memorandum filed with the registry of the Court of Cassation on September 16, 1996 by SCP Boré and Xavier;

The written report of Ms. Nocquet, advisor, and the written opinion of Mr. Finielz, advocate general, were made available to the parties;

Having regard to the judgment of the European Court of Human Rights of 12 February 2004 which held that there had been a violation of Article 6 § 1 of the European Convention for the Protection of Human Rights and Fundamental Freedoms in that Mr. Hubert X …, having been deprived of his appeal for lack of being taken prisoner before the hearing, had suffered an excessive obstacle to his right of access to a court and to his right to a fair trial;

Considering Articles 626-1 to 626-7 of the Code of Criminal Procedure;

Having regard to the decision of the Commission for the review of a criminal decision of May 26, 2005, seizing the Plenary Assembly of the Court of Cassation to review the appeal;

Having regard to the briefs produced, in demand and in defense;

On the first ground of appeal, alleging violation of Articles 6 of the European Convention for the Protection of Human Rights and Fundamental Freedoms, 427 and 593 of the Code of Criminal Procedure:

Whereas it follows neither from the judgment, nor from the procedural documents, that the accused duly seized the court of appeal, in the forms provided for by article 459 of the Code of Criminal Procedure, of a request for hearing witnesses;

Whereas there is no need to rule on the second and third pleas, which would not be such as to allow the appeal to be admitted;

VIOLATION of articles 6 of the European Convention on Human Rights, 427 and 593 of the Code of Criminal Procedure;

AS the judgment attacked did not hear Me A … and Me B … who have never been confronted with the accused despite his request several times reiterated;

ALORS QUE any accused has the right to question or question the witnesses with whom he has, at no stage of the procedure, been confronted, unless it is impossible for the Court to specify; that by refusing to grant the request of Mr. X …, without also explaining the reasons for its refusal, the court of appeal violated the aforementioned texts.

AS the judgment attacked declared Mr X … guilty of forgery, use of false and clandestine work;

FOR THE REASONS THAT the preventions of clandestine work, false and use of false are related and must be examined together; that Mr. X … does not dispute that the companies Golf Hotel du Mont-Blanc, hotel company, and Ogertrane, construction companies, which employed personnel, were not registered in the trade register; he claims, on the other hand, that these two companies were declared in good time to bodies social; that it imputes to the liquidator of these companies the delay of regularization of their affiliation; he argues that he did not have to register the company Ogertrane with organizations social since he employed only staff interim; that however he does not it is not disputed that the employment contracts included mentions of registration in the trade register and affiliation with social organizations; that these mentions were false at least in part since these companies were never registered with the register of trade and companies; that in addition these companies were declared and registered late with the various organizations, namely at the end of 1991 and the beginning of 1992, with retroactive effect in April or in May 1991, and moreover never paid any contribution, because of the cessation of payments which led to the opening of bankruptcy proceedings; that the judicial liquidator can not be held responsible for facts prior to his management; that if, until at the end of 1991, the company Ogertrane essentially employed, according to the statements of Mr X …, temporary staff, it nevertheless also had permanent staff, such MC …, site manager hired on September 30, 1990 by the company PM France then joined the service of Ogertrane on May 1, 1991; that, likewise, the company Golf Hotel du Mont-Blanc employed personnel recruited on a permanent basis, such as Mr D …, commercial director hired on 15 November 1990; that there is moreover place to note that the company Ogertrane did not keep register of the personnel, this one having been opened after the passage of the inspector of the work on the building site where were employed a fifteen workers; that the Public Treasury was unaware of the existence of these two companies, that he taxed ex officio in 1992; that the elements constituting the offense of clandestine work provided for by article L. 124-9 of the Labor Code are therefore met and that it is clear from all the circumstances of the case that Mr X … has voluntarily concealed his activities to the tax authorities and social organizations, just as he knowingly and voluntarily misled the employees he recruited on the real existence and regularity of his companies;

1 °) ALORS THAN by noting on the one hand that MX … had made the declaration of companies to various social organizations with retroactive effect in April or May 1991, a date close to their creation, and by declaring however that MX .. was guilty of having carried on a profit-making activity without having made the declarations required by the social protection organizations and of having fraudulently altered the truth by falsely mentioning affiliations with social organizations, the court of appeal did not draw the legal consequences of its findings and violated the aforementioned texts;

2 °) ALORS THAN the crimes of forgery and use of forgery require to be constituted that is noted the existence of a prejudice; that by retaining that by establishing and making use of payslips bearing the false mention of a registration in the trade register, Mr X … would have been guilty of forgery and use of forgery, without finding the existence of the damage that this lack of registration in the trade and companies register could have caused for the employees as civil parties, the court of appeal violated the aforementioned texts.

FOR THE REASONS THAT Mr X … also contests the offenses of false advertising by declaring that if he could not face the influx of customers, it is because the COJO requisitioned its hotels; that however Mr. X … had to foresee the unavailability of the rooms that his company Les Nantives had contractually rented to the COJO; that he has taken full knowledge of the facts, the risk and the responsibility of unilaterally terminating his commitments with the OCOG and of re-renting rooms with other clients whom he has misled by misleading advertising about his real capacities as a accommodation;

ALORS QUE … was legitimately based on the exception “non adimpleti contractus” to refuse to perform its services with the COJO which had not fulfilled his, which were prior, and he had thus in good faith offered existing accommodation rooms to individuals; However, considering that the offense of false advertising was constituted when the exhibitor had re-let the rooms intended for the OCOG to other customers, deceiving the latter about its accommodation capacities, the Court of Appeal violated the above-mentioned texts.